Kim Solga has been teaching theatre studies and English literature at Western University since 2005; Rachel Windsor is a graduating student in English and Theatre at Western this spring. Over the winter, Rachel wrote her honours thesis on Alison Bechdel’s “Fun Home,” the graphic memoir on which Lisa Kron and Jeanine Tesori’s musical adaptation is based. They saw the Toronto premiere of the musical for Stratford Festival Reviews together.

Kim: Fun Home (the musical) tells the story of Alison Bechdel’s growing up, coming out, and coming to terms with both her sexuality and her quirky yet dysfunctional family. It is set in the family’s perfectly-restored heritage home “on Maple Avenue” and their funeral business (the “Fun Home” of the title) in Allegheny, Pennsylvania. Along the way we also see Alison at college in Ohio (where she first discovers her desire for women), and we explore her fraught, painful, but also deeply loving relationship with her tortured father, Bruce. 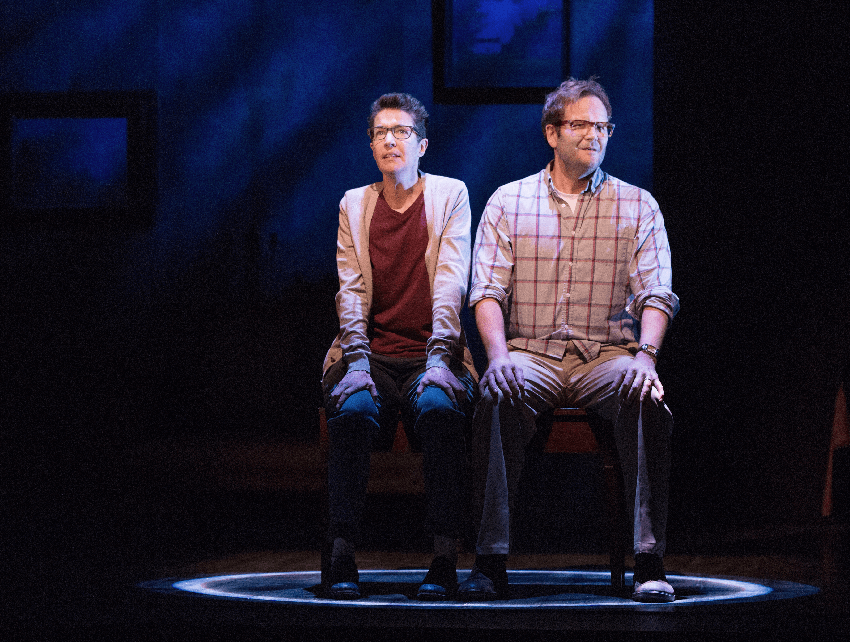 Rachel, you’ve been working on Bechdel’s memoir, on which the musical is based, for over a year. That’s a whole lot of back story to bring to an adaptation! Going into the performance, what did you most want to see translated from page to stage?

Rachel: I definitely walked into the theatre with a lot of anticipation! My own work on the memoir has to do primarily with its powerful engagements with trauma and memory – both Alison’s and her dad’s – so I was really hoping to see the actors grapple with representing these challenging concepts on stage.

Bechdel describes her work in the original memoir as “tragicomic,” but a large part of the premise of “Fun Home” is Bechdel’s own father Bruce Bechdel’s suicide. It’s hard to make that scenario lighthearted – which is at least somewhat necessary in a musical! – and so I was very curious to see how Lisa Kron and Jeanine Tesori would go about building this central, traumatic situation into the entertainment value that musicals demand.

Kim: I’m someone relatively unfamiliar with Bechdel’s memoir (your thesis introduced me to it, in fact!), but I’m familiar with Lisa Kron and her legacy as a member of the Five Lesbian Brothers performance troupe (in New York in the 1980s and 1990s). I therefore expected a story that would foreground lesbian experience from a specifically queer-feminist point of view, but also from a quite personal perspective. (Kron has written other popular autobiographical works, including 2.5 Minute Ride and Well.)

The musical’s primary focus, in fact, is on Alison’s coming-out story, and especially on the way that story intertwines with Bruce’s life as a closeted gay man. Given Kron’s background, that personal-is-political framing made sense to me. So did the use of three Alisons to add rich context and scope to this particular lesbian life.

(Small Alison is played by Hannah Levinson; college-aged [Medium] and adult Alison are played by Sara Farb and Laura Condlln respectfully. The latter two are regulars with the Stratford Festival, as is Evan Builing [Bruce], and Cynthia Dale [who plays Helen Bechdel]). 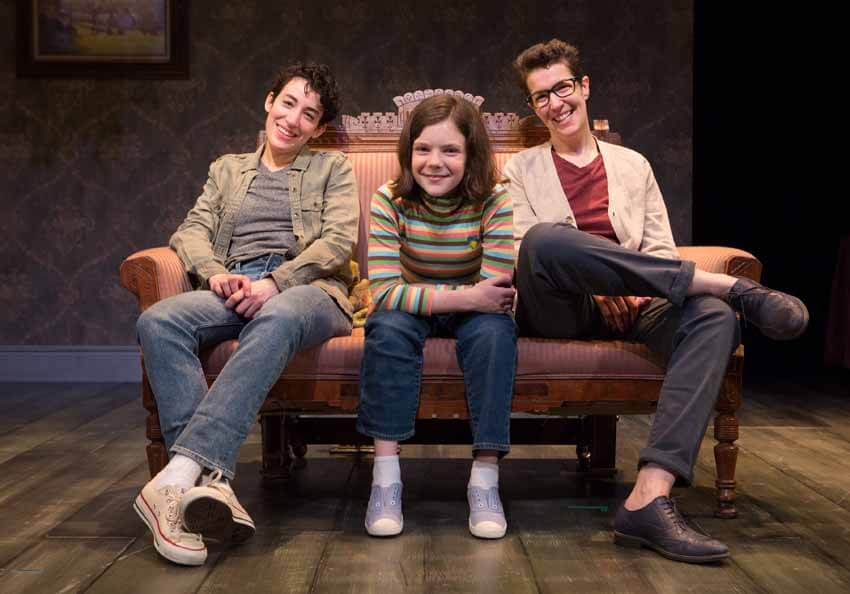 Rachel: The three Alisons were brilliant; thanks to them, the musical adaption really foregrounded the role and function of memory in the story. The graphic memoir carefully resists the kind of linear timeline that we associate with autobiography, and I think the adaption would have lost an important quality had it reverted to the traditional past-to-present structure typical of memoir storytelling. 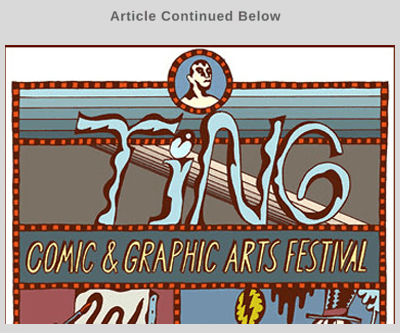 And the Alisons interact! For example, I really enjoyed when adult Alison cringes hilariously at Medium Alison’s awkward attempts to woo her first crush. This strategy allowed the musical to employ a more embodied process of remembering, and to make room for lots of welcome laughter.

Kim: The musical dates to 2013. But, even in 2018, the commentary the musical embeds about the incredible personal challenges that coming out in real life entails is as essential for me as it ever was. I often worry that, for all the good it can do, the current media vogue for gender-queerness risks masking the fact that actually living a gay or trans life is not as easy as selling a look on TV. Queer and trans folk still face real barriers, enormous discrimination, and violence.

All that said, I also hoped for a bit more politics in the musical. Sometimes it felt too easy to empathize with Alison’s story – as though all human experience at bottom is the same.

Sara Farb’s stand-out performance as Medium Alison is a joy to watch and hear, especially as she belts out the lines to “Changing My Major,” the iconic song in which she “comes out” to herself after a night with her new girlfriend, Joan. But Farb’s gorgeous accessibility is also, politically, for me a bit of a liability.

A young woman who just wants to be able to draw cartoons and love another woman with her parents’ blessing: in 2018, who can’t get behind that message? But, of course, the story Bechdel tells is nowhere near that simple.

Rachel: I had similar feelings about the musical’s rendering of Bruce. I wish that we could have seen more emphasis on his affairs with underage boys.

The character Roy (played by Eric Moran) in the memoir is one of Bruce Bechdel’s current high school students. The musical ages him up to become a recently graduated student. But part of the discomfort of Bechdel’s memoir comes from the reader’s reluctance to understand Bruce as a predator, or even as a pedophile.

As readers, we can’t really fall into easy generalizations of Bruce as a one-dimensional villain, because he’s such a loving and inspiring dad to Alison. At the same time, though, the memoir constantly reminds us that Bruce groomed and took advantage of young boys throughout his life as a teacher.

In the musical, there is still a sense of that predatory nature in some of Bruce’s interactions with Roy. For example, there’s a moment near the end of Helen’s solo when Bruce offers Roy a drink – on the condition that he takes off his shirt. Still, I found the musical left out a lot of the immoral and criminal actions that make Bruce such a complex character.

Kim: For me, possibly the most political moment in “Fun Home” is Small Alison’s solo, Ring of Keys. She’s in a luncheonette with her dad, and she sees a delivery woman come in. She connects with this woman, who is a Butch lesbian, and for the first time in her life she recognizes something essential about herself.

Yet I also got the sense – very strongly from Levinson’s passionate performance – that Small Alison is experiencing sexual desire for the first time here, too. She sees herself in the delivery woman, but she also wants the delivery woman.

That’s a really challenging message to embed in a musical targeted at mainstream subscriber audiences: that young people (Small Alison is roughly 12) have genuine sexual feelings and desires, even though they are also sexually very vulnerable.

Rachel: This was one of my favourite moments in the show too, because it harkens back to the more uncomfortable aspects of the graphic memoir. It’s disquieting to think about a child having sexual desire, but it’s also true to life! The trick here, which I agree arose from Levinson’s powerful performance, is to balance that discomfort with entertainment, to help audiences take pleasure but at the same time also critical engagement from a “big” musical moment.

Kim: The highlight of this show is the children. Levinson, Jasper Lincoln (as Christian) and Liam MacDonald as John, absolutely kill it in the Jackson-5 inspired number “Come to the Fun Home” (at which I laughed out loud TWICE). It features 1970s-style song and dance shenanigans in and around an open casket, and in it Levinson’s power as a vocalist is unassailable: her small body produces one of the biggest voices in the cast. 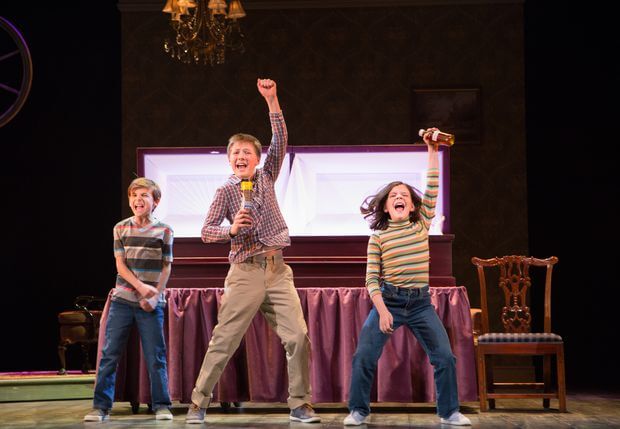 The musical’s ability to highlight this power and strength (and resilience!) among children – especially among female children – is one of its finest gifts to the queer musical canon. 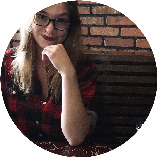 Rachel Windsor is a fourth-year student at Western University, graduating with an honours specialization in English Language and Literature and a major in Women’s Studies. Her work focuses on trauma, testimony, and the archive, and she is excited to continue grappling with these subjects while working towards her Master’s degree at Western next year.

A professor and a fourth-year honours student on Fun Home 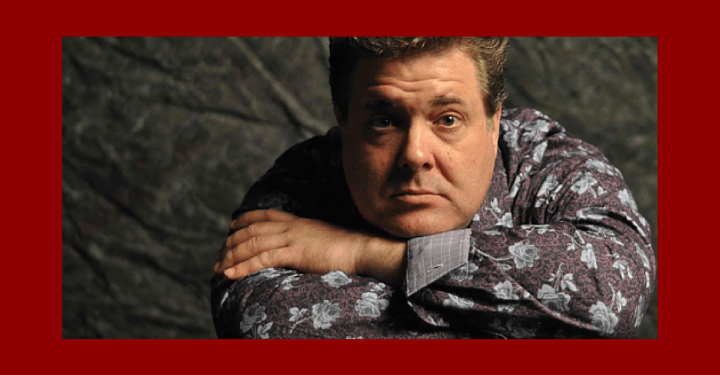