Watch for Bruce Dow at the National Arts Centre.
The Stratford Festival favourite will play Malvolio, in Twelfth Night. 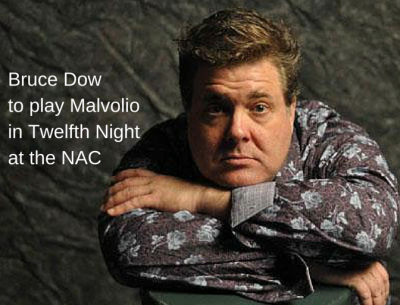 Dow is also scheduled to direct Mieko Ouchi’s I Am for You, part of the NAC family series.

Here are Pat Langston’s notes on the NAC Playbill for 2016, from The Ottawa Citizen.

The Adventures of a Black Girl in Search of God, written and directed by Djanet Sears starts Oct. 21. Set in the real-life black community of Negro Creek, Ont., the play tracks Rainey Johnson in the years following her daughter’s demise as she struggles with guilt, forgiveness, and issues of life and death. The 21-member cast includes the Ensemble.

>Anne & Gilbert: The Musical by Nancy White and others based on novels by L.M. Montgomery, Dec. 1. Reluctant when first urged to see this show about the adventures of the grown-up Anne Shirley, Keiley said she was “blown away” when she did acquiesce: “Such good writing!” Another Ensemble piece.

Twelfth Night by William Shakespeare, mid-January 2016. Keiley directs this show “imagined” by Calgary’s Old Trout Puppet Workshop but featuring flesh-and-blood performances by the Ensemble. With Old Trout on board, it should be a hoot.

BOOM by Rick Miller starting Feb. 24. Miller’s solo show revisits the culture, politics and pretty much everything else about 1945-1969, the best era ever (at least according to those of us who came of age during it). “He has the same level of invention as (Robert Lepage),” said Keiley.

Listen to my podcast with Rick Miller. He discusses his life and the creative process behind Boom.

Belles Soeurs: The Musical, based on the play Les Belles Soeurs by Michel Tremblay, late April. Musicals are “a totally legitimate cultural expression,” said Keiley while noting Ottawa’s fondness for the form. This English-language take on Tremblay’s working class play scored big at the box office when it premiered in Montreal last fall.

The December Man (L’homme de décembre) by Colleen Murphy, mid-November. The aftermath of public violence informs this Governor General’s award-winning show about a young man who, unlike so many of his fellow female students, survived the 1989 Montreal Massacre. Features the Ensemble and guest artists.

Concord Floral by Jordan Tannahill, late March. Tannahill, another Governor General’s award winner, sets his thriller about ten teens, their cellphones and a mysterious plague in a Canadian suburb. Asked about young performers, Keiley said, “the more honest they are as kids the better they are.”

The Family series includes, in addition to Anne & Gilbert: The Musical, Mieko Ouchi’s I Am For You with the Ensemble in November and December and Nikki Loach’s Snow Angel in March. 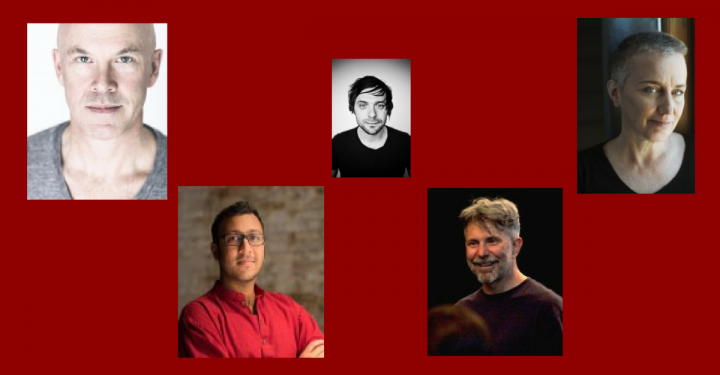