The 2010 London Fringe Festival hit “Saucy Jack and the Space Vixens” is back, this time at London’s Tabu Nightclub.

It was first performed as a one act, late-night musical at the Edinburgh Fringe in 1995. It played to sold out audiences, gained wide-spread coverage and received a coveted Fringe First Award for “innovation in theatre and outstanding new production.”

This production runs at Tabu Nightclub until May 13, and some shows have already sold out, see below for more details. 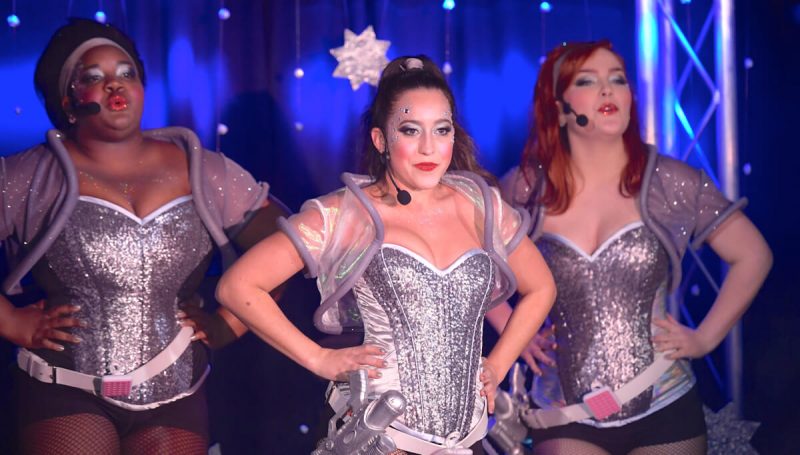 I spoke with the show’s director Martha Zimmerman about the production, which the London Free Press gave 4 stars! 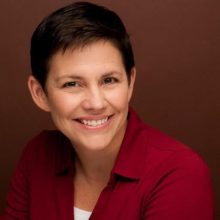 1) The last shows you directed in London were “Prelude to a Kiss” and “Madame Curie.”

What inspired the move to revive this off-the-wall, science fiction musical?

Rick Kish, my partner in LINK Theatre, was in “Saucy Jack and the Space Vixens” in 2010 and it was a favourite of his.

I was drawn to it in part because of the passion of my three fellow producers (Rick Kish, Peter Mennie, John White) who had all been involved in the previous London production. 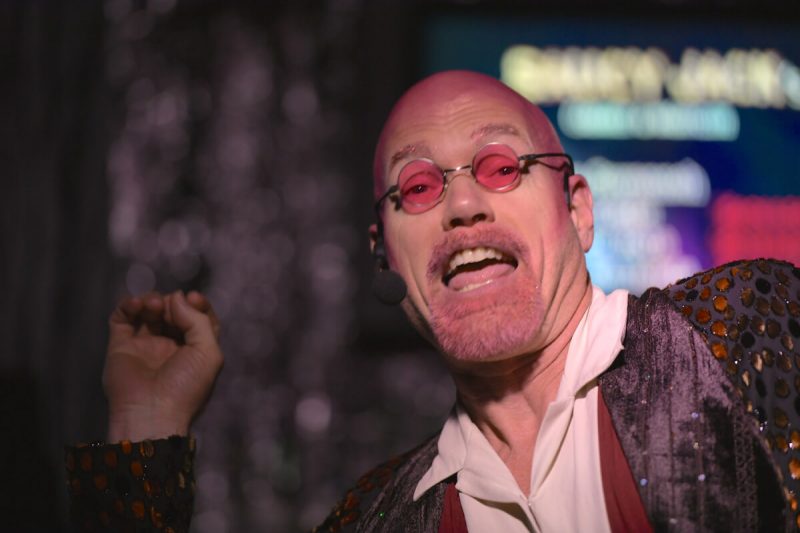 They love this show so much and I was inspired.

And now I get it! It is such a fun show!

There’s a little murder, a lot of glitter and just the right amount of disco! (Is there such a thing?) Great songs, quirky characters – if you’re looking for a fun night out, Saucy Jack’s is the place.

2) “Saucy Jack and the Space Vixens” has an international cult following. Where and when did you first see it?

This is my first time!? I’m a Vixen Virgin! 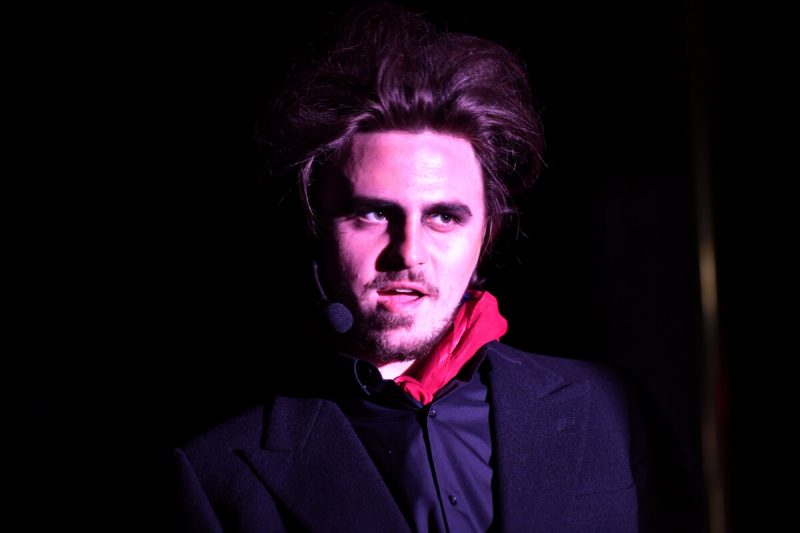 3) Co-producers, Rick Kish and John White are reprising their roles from the 2010 sold out Fringe Festival production that won the coveted Best of the Fringe award.

Who else is back, and what updates can audiences look forward to??

Peter Mennie is back in his role as technical director, and his son Graham is back doing lighting. Another Mennie has joined the crew this time; Peter’s daughter Sarah is our follow spot operator. There are many Mennies!

As for updates, the show is in a new venue, Tabu nightclub on Richmond St (appropriately under Jack’s) which is being turned into the deliciously seedy night spot Saucy Jack’s by the fabulously talented set designer Eric Bunnell, and we have a great preshow planned for people as they come into the space. 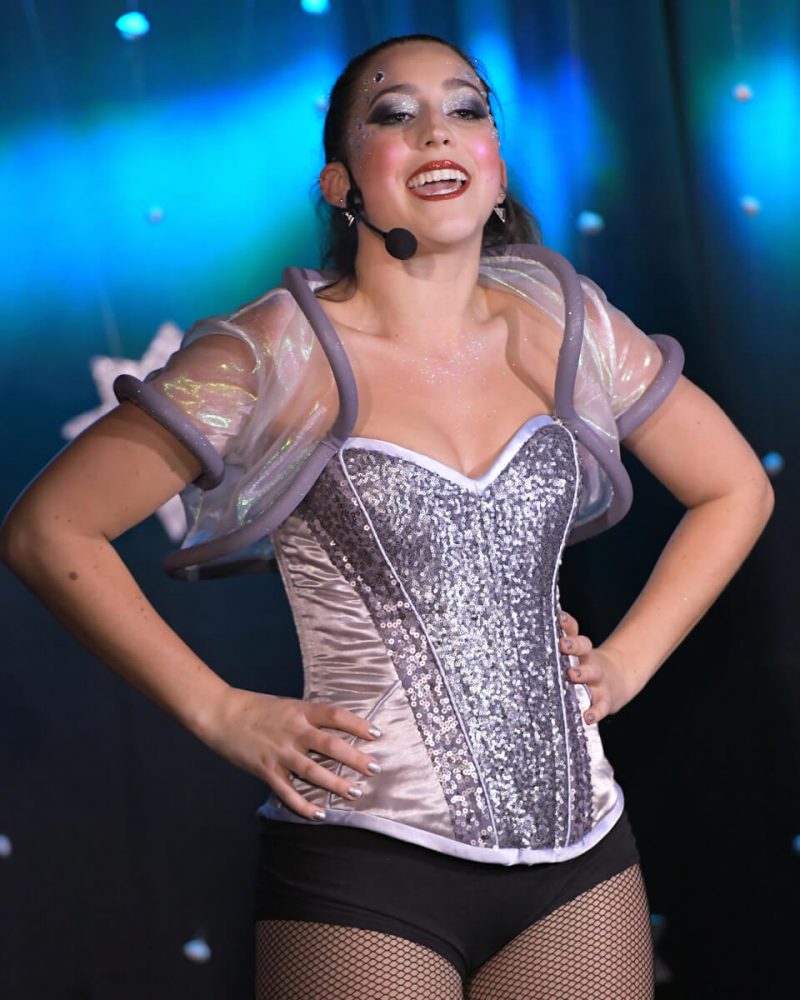 4) Stilettos are an important part of the plot. For people who need an excuse to get a new pair, where in London can you find the best stilettos??

I don’t know about London but on Frottage III, Chesty Prospects often stops by Saucy Jack’s with hard-to-find items. She may have stilettos in her bag one night.

5) Have you ever directed a show where alcohol is being served, and how are you preparing the actors for the boisterous audience??

I don’t know if I’ve ever directed a show where there isn’t alcohol being served! (At intermission at least.)

Murder Mystery dinner theatre provided me somewhat of an education in this. Of course the hope is that the audience will interact with the cast and have a great time while still being respectful of the show. In my experience, it is a rare occurrence for someone to drink too much and cross the line. 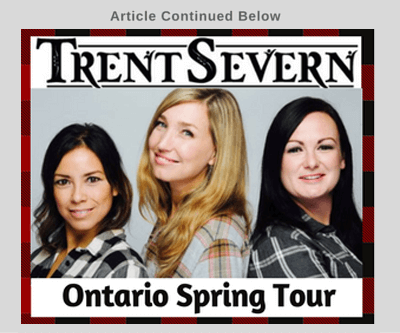 Either / Or
From each pair pick one and explain in a sentence or two.

1) Edinburgh or the West End?

Tough one – I’m going with West End because I’m actually going there this summer. Not sure what I’ll be seeing yet, but I have booked my Globe Theatre tickets already!? I’d love to go to the Edinburgh Fringe – that’ll have to be my next trip!

Not a big Russ Meyer fan tbh, though a little research makes me think “Faster, Pussycat! Kill! Kill!” might deserve another look.

Oh stilettos for sure, when I’m not wearing my Doc Martens.