Londoner playwright / actor Jayson McDonald’s Magic Unicorn Island, a hit a Fringe festivals across Canada is being remounted in London with performances tonight Friday, October 17 at 9:00pm, and tomorrow Saturday, October 18 at 7:30pm.

This summer I tracked reaction to Magic Unicorn Island on social media and I was impressed.

From London to Vancouver audience members were sharing their love of Jayson McDonald’s Magic Unicorn Island on Twitter. I didn’t see Jayson’s show when it played the London Fringe, so I was delighted to have the chance to see it this weekend. 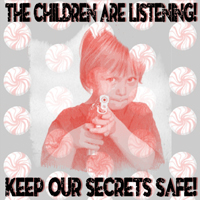 At the Edmonton Fringe, the ganddaddy of Canadian Fringe Festivals, the Edmonton Sun wrote: “This well-acted one-man play is hysterical yet powerful commentary on a grim state of world affairs: War, racism, environmental collapse, famine, poverty, and there are more horsemen where they came from.”

Vancouver’s Greorgia Straight said: “McDonald’s characterizations and language are exhilarating….I’m grateful to McDonald for his message of love. It goes deep.”

Accolades McDonald picked up on his Fringe Festival tour:

The London Fringe is presenting the re-mount of McDonald’s show.

The show JUDY: Stonewalled! which was a hit at the London Fringe, is also being produced this weekend.

JUDY: Stonewalled! is “a glimpse into what it meant to be gay before the ‘Stonewall Riots’ and those critical moments where decisions are made that can change……everything!” Full details are HERE.

Both shows are at the Grand Theatre’s McManus Studio, 471 Richmond St.

Tickets are available at the door or online up until noon the day of the show.