Where is the “redemption?”

Nestruck has given full notes to both productions.
Breath of Kings: Redemption (Henry IV Part 2 and Henry V)
2 stars

Breath of Kings: Redemption
The emotional moments of this history play do not resonate, however – neither Henry IV’s death, nor Henry V’s rejection of his old pal Falstaff. Something in the relationships between these men was not established deeply enough – whether due to the abridgment of the dramas, or a trio of actors simply not connecting.

Only once rid of his father figures does Mengesha’s Henry really rises to the occasion – and as he launches his invasion of France and is suitably stirring in public, while remaining melancholy in private. (Mikaela Davies – doing double duty as both the French prince Henry opposes and the French princess he marries – is a excellent adversary/romantic interest.)

But where is the “redemption” this Breath of Kings promises? 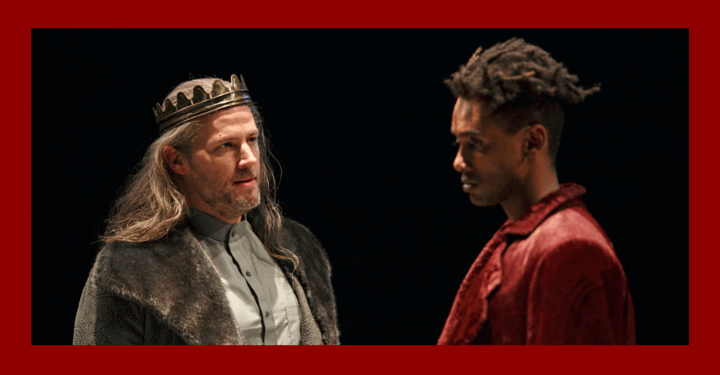