Rehearsals have begun for Marti Maraden‘s production of “Death of a Salesman” at the St. Jacobs Country Playhouse.

Maraden whose renowned career includes 18 seasons at the Stratford Festival, eight years as the Artistic Director of English Theatre for the National Arts Centre, and numerous Drayton Entertainment productions is working with a stellar cast including George Wendt, best known for his iconic role as Norm Peterson on the television show “Cheers.”

On Broadway Wendt played the role of Edna Turnblad in “Hairspray” and originated the role of Santa in the Broadway production of “Elf The Musical.” It was just announced that he’ll reprise the role in a limited engagement running at the Theater at Madison Square Garden starting December 13th. 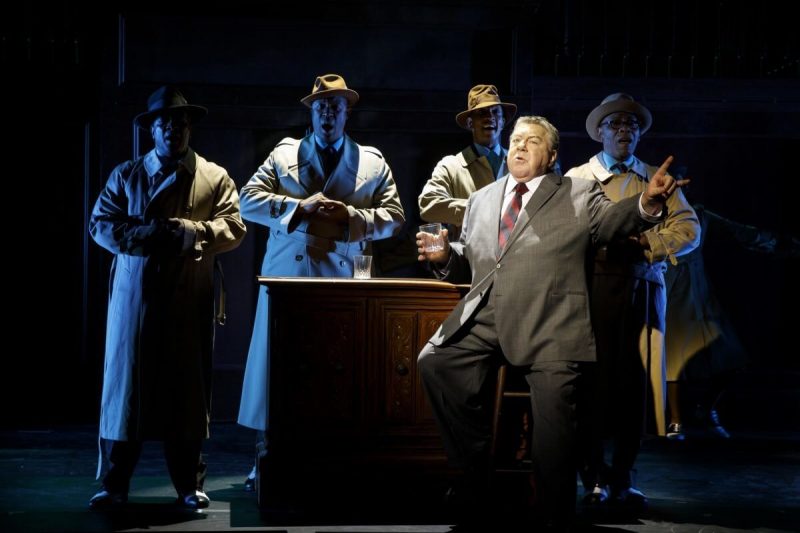 Brandon spent five seasons in Stratford, where he became a principal member of the company as well as a regular teaching artist for their Education department.

Brandon is also a board member of the Saskatchewan Association of Theatre Professionals which advocates for theatre professionals and works to promote professional theatre by increasing public awareness.

On the first day of rehearsals Brandon shared this photo on his Facebook page: 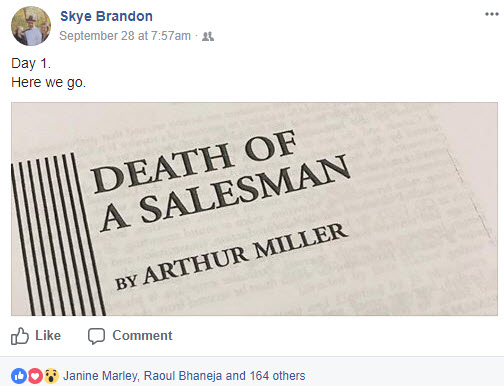 Wetsch has previously appeared in the Drayton Entertainment productions of “Deathtrap,” “Tuesdays with Morrie,” “The Heiress” and more, along with numerous productions across the country.

On the second day of rehearsals Wetsch posted this image of Maraden holding a rubber duck with the cryptic line “2nd day!! Marti already had to bring out the duck!!!” 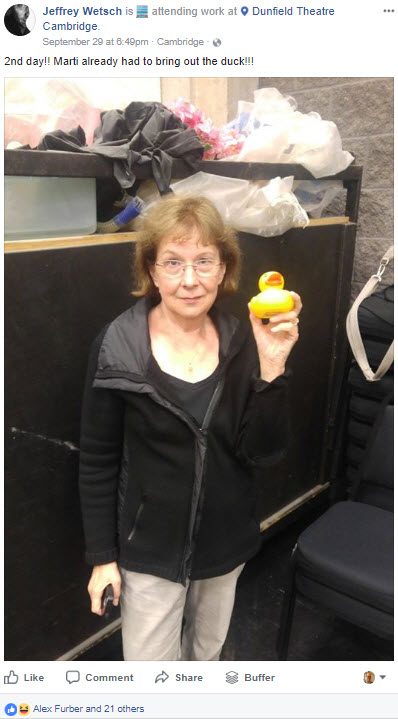 Taking on the role of Willy’s devoted wife Linda Loman is Martha Irving, an acclaimed actor, teacher and director with numerous distinctions for her work in Canadian theatre. In addition to film and television appearances, which include a recurring role on “The Lizzie Borden Chronicles,” Irving is best known for her work on the East Coast with Neptune Theatre, Atlantic Theatre Festival, and other major companies.

Thom Marriott will take on the role of Willy’s flawed yet idolized older brother Ben. Marriott has worked with major theatres across Canada, including eight seasons with the Stratford Festival and nine season with the Shaw Festival.

Drayton Entertainment newcomers Roy Lewis and Ryan Field will play Willy’s successful neighbour Charley and his son Bernard, respectively. Lewis is a founding member of Obsidian Theatre, and spent twelve seasons with the Stratford Festival. Field is also a Stratford alumnus and sought-after film and TV actor with a recurring role in NBC’s “Hannibal.”

Jane Spence, who played the title role in “The Heiress” for Drayton Entertainment, will play Miss Forsythe. Spence’s credits include several comedies as well as several Shakespeare productions at the Stratford Festival.

Robin Warwick who appeared in Drayton’s “Aladdin: The Panto,” plays the roles of Letta and Jenny.

Set Designer for the production is Allan Wilbee, with costume design by Kimberly Catton. The lighting designer Kevin Fraser.