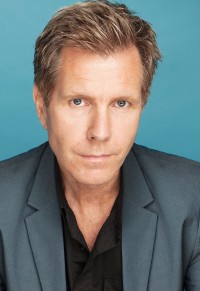 David Rogers, one of Canada’s most accomplished leading men, will star as Professor Harold Hill in Drayton Entertainment’s production of “The Music Man.”

Rogers’ phenomenal voice and acting skills have garnered him starring roles in many other major productions including Captain Walker in “The Who’s Tommy” (Elgin Theatre), Cinderella’s Prince in “Into the Woods” (Winter Garden Theatre), Bobby in “Company” (St. Lawrence Centre), Gus the Theatre Cat in “CATS” (Massey Hall) and many others.

Discovered by distinguished Director Alan Lund, Rogers made his professional debut at the Charlottetown Festival in “Swing!”

He went on to become one of the original stars of “The Phantom of the Opera” in Toronto, playing both Raoul and later the Phantom himself.

“David Rogers is an exceptional performer with intense passion and charisma,” says Artistic Director Alex Mustakas. “A true star of the Canadian stage, we are delighted that he will join us for a homecoming of sorts and share in this special anniversary season at the Drayton Festival Theatre.”

Mustakas appeared onstage alongside Rogers at the Charlottetown Festival.

Rogers’ connection with Drayton Entertainment runs deep, dating back to the 1996 season when he appeared in “She Loves Me.” In subsequent seasons he delighted audiences in “You’ll Get Used To It!” …”The War Show,” “Evita,” “Joseph and the Amazing Technicolor Dreamcoat” and and “Give My Regards to Broadway” (later renamed “Broadway Heroes”).

“The Music Man” is the final production of the 25th Anniversary Season, which also includes the musical revue “Legends of Rock ‘n’ Roll” and the Norm Foster comedies “Looking” and “Hilda’s Yard.”

Visit www.draytonfestivaltheatre.com for details and tickets.

David Rogers to Star in The Music Man