Have you considered what’s at stake for the province’s arts and culture sector in the upcoming election?

Last year the government announced increases to the Ontario Arts Council budget, and it is critical that the incoming government honour that commitment and raise base funding to $80 million by 2020-21.

Strategic investments in the sector can help to ensure that all Ontarians see themselves reflected in the cultural life of this province and broaden participation in cultural activities, whether that’s taking part in music education at school, seeing a play at a regional theatre, or meeting an author at a local library.

In their newly released policy paper Connections and Resilience Through the Arts, the group outlines policy suggestions to build a stronger and more inclusive arts ecology. Three pillars form the foundation of their advocacy initiative, Arts Action Now.

The three pillars of action are.

Following through on planned funding increases and adding further investment in the Ontario Arts Council, renewing the Ontario Cultural Attractions Fund, and revitalizing the Ontario Arts Foundation will give cultural organizations the much-needed flexibility to serve Ontarians amidst changing demographics and shifting cultural priorities.

The creation of an infrastructure investment program to facilitate Ontarians’ access to arts and culture, as well as to help the province leverage similar infrastructure funding at the federal level. Arts Build Ontario reported in 2016 that the province faces a $300 billion cultural infrastructure deficit, referring to the needed funds to bring existing facilities to a state of good repair and make necessary upgrades for accessibility.

Reviewing the Ontario cultural strategy every five years, ensuring consistent delivery of arts education across the province, and updating curriculum will support a more inclusive model of arts education and dissemination – one that is reflective of Ontario’s diverse communities and Indigenous peoples.

It is therefore crucial that Ontario adequately resource the education system, set and monitor benchmarks for arts education, and prioritize the arts in a manner that complements STEM education goals.

3) Ontario’s Place in Canada and the World:

Ontario currently faces inequities in federal support for the arts. We need to work with the Department of Canadian Heritage and other federal bodies to leverage support for cultural infrastructure and cultural export investments.

A vital tool in advocating for these recommendations is the inclusion of quantitative data highlighting the economic benefits of arts and culture. Over 270,000 people in Ontario are employed in the arts and culture sector – 4% of the workforce– and they generate $25 billion annually.

This picture gains even more clarity by zooming into the local level. In preparation for its Cultural Prosperity Plan, the city of London undertook a comprehensive review of the city’s cultural assets. The Cultural Profile Report provides a map of key cultural sites, an economic impact analysis for the cultural sector, and a review of cultural facility planning and infrastructure. While such an ambitious review of cultural assets requires deep investment, it provides tangible data to measure the arts’ contribution to the community. Key findings include a total of $540 million in annual contributions to the City of London from the cultural sector.

While the city invested $60 per capita in arts and culture in 2011, the economic gains of that investment amounted to $1,475 per capita. The data solidified London’s potential as a creative hub: while the Canadian average for workers employed in the cultural sector was 3.3% of the overall workforce (according to 2006 data), 4.2% of London’s workers were employed in cultural occupations during the same period.

What Does All of This Mean?

So, what does all of this mean for those who are still deciding where to place our votes on election day? The Liberals, New Democrats, and Progressive Conservative platforms respond in significantly different ways to the needs of the sector.

The budget also includes a $21 million investment over three years to facilitate students’ access to arts education, and $28 million over the same period for the creation of a Digital Public Library. They plan to support film and TV through the renewal of the Jobs and Prosperity fund that assists with facility building and maintenance, upgrades to equipment, and support skills development.

The Liberals seek to collaborate with First Nation, Métis and Inuit partners to develop a revised school curriculum reflecting the contributions, cultures and perspectives of Indigenous peoples as well as invest $10 million over two years in the revitalization of Indigenous languages through 40 community?led programs. They also promise significant investment in French language and culture through a new French-language university, doubling the Francophone Community Grant and the investment of $80 million to support five new French-language schools.

The NDP, within their Change for the Better platform, put forth a number of policy promises aimed at arts and culture with a particular focus on the film and television sector.

The platform promises to stabilize annual funding for the Ontario Arts Council and the Ontario Media Development Corporation. They engage with the need for new cultural infrastructure through the creation of a new $50 million investment over five years (through the Jobs and Prosperity Fund) to match TV and film industry investment in new studio space, as well as streamline zoning processes for new and expanded TV/film production facilities.

They plan to unfreeze library budgets and provide $3 million annually to libraries for the distribution of free passes to local museum and galleries. A commitment to fostering equity through the arts is present in multiple promises: establishing a Franco-Ontarian university, updating school curriculum to teach inclusive history including a focus on the history of Ontario’s indigenous peoples and the history of Black Ontarians. They also plan to invest $28 million in urgent repairs and capital upgrades to Ontario’s Friendship Centres for Indigenous Ontarians and a further $91 million to bring a number of centres up to a state of good repair.

The very recently released Plan for the People document released by the Progressive Conservatives makes no explicit mention of arts and culture. To gain an idea of how the party may act, it is necessary to look at earlier documents. The People’s Guarantee released under Patrick Brown, for example, promised a children’s arts and fitness tax credit and some further support for arts programs as part of mental health care services; it also promised the creation of a French-language university.
Acknowledgement of the arts’ potential to generate economic gains was acknowledged in a 2014 paper, Building Great Cities; however, it is unclear how Doug Ford’s government would treat these earlier commitments a premier.

While volunteers with Ontarians for the Arts and cultural advocates across the province have been doing everything they can to bring the arts to the forefront of the campaign, it is up to all of us to keep the needs of the sector on the political agenda well beyond the election.

No matter the outcome on Thursday, let’s all be mindful of the incredible value that arts and culture add to this province and keep the conversation going about how to best support our artists, cultural workers, arts students, and audiences.

This election is really just the beginning. 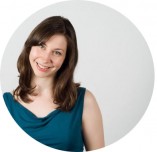 Kallee Lins left her hometown of Castlegar, BC, to continue her contemporary dance training in Montréal while studying political science and theatre at McGill University. Lins holds also holds an MA in Performance Studies (York University). After working in the dance sector for a number of years, she is now the Manager, Membership & Community at Imagine Canada and a Board Member of Dusk Dances. .
Read all Kallee Lins’s stories

As Ontario votes, what’s at stake for the arts?