Theatre Smith-Gilmour is taking on the epic story of “Les Misérables” at the Theatre Centre in Toronto this month. The play has been adapted from Victor Hugo’s mammoth novel by Theatre Smith-Gilmour co-directors Michelle Smith and Dean Gilmour, in collaboration with the company.

Diana Tso plays the role of Eponine in this new production. Diana is an actor, playwright, storyteller, and artistic director of the Red Snow Collective.

In a conversation far removed from the suffering of “Les Misérables’” characters, I spoke with the bubbly artist about the show, the role of Eponine, and her other fascinating work. 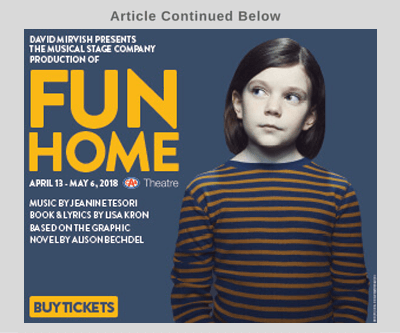 To start with this production of “Les Misérables,” it is described as adapted by Michelle Smith and Dean Gilmour in collaboration with the company. What was that collaboration process like?

We’re an ensemble. Everybody has a share and a voice in building the show and offering their imagination.

If there’s a problem that one particular character is facing and can’t figure out, whether it’s something physical, or something emotional, or something in the text, then everybody just jumps in. But of course, it’s the director who is the leader of the ensemble.

That’s really great because it’s very democratic. You feel like a creator. You’re not only the actor, but in a way you’re the playwright, you’re the storyteller, you’re the actor.

It’s really great because it’s sort of like this moving kaleidoscope of creation and imagination. I love that.

I’ve worked with Theatre Smith-Gilmour before in “Dante’s Inferno” and “Chekhov Shorts” and so I’m really thrilled to be back. I myself am a playwright as well as a storyteller, so I like diving in and out of the different roles as a creator of theatre.

How long was that collaboration process?

I’ve been in this last phase, right now, but [Theatre Smith-Gilmour] had started prior to that. I don’t know when that was; I would say two years or more.

They [Michele Smith and Dean Gilmour] are really big into development because in Europe, where they were schooled (I also went to the Ecole Internationale de Théâtre de Jacques Lecoq), it’s about the process. It’s about creating new work. That’s the journey- being in the kitchen, there are new ingredients coming in, there are new sous chefs. They really incorporate who the actors and the storytellers are, because each individual artist brings something unique to the company, which is really great.

I noticed that the cast on the website is listed as the whole ensemble, not by character. Do you have one primary character?

Yes we have main characters. So I’m Eponine… I’m so excited to be Eponine! She’s my favourite character, she dies for love. I love dying for love and I love dying on stage.

But I’m also Eponine’s complete opposite, which is her mother. I don’t think her mother’s a very loving person.

But it’s also her circumstances. If you look at humanity, some people are thrown into such dire circumstances of suffering, of poverty, and some people can stay in the light and find humanity and truth and beauty inside them, and some… it’s all taken away.

How do people do that? How do some people, no matter how much darkness they’re in, rise up? Just like Jean Valjean, who gets imprisoned for 19 years for stealing bread… can turn into a good guy, and other people will not. They’ll just be hardened, and hate humanity for the rest of their lives. So what is that about the human spirit and about human conscience?

This adaptation is described as a “call to arms”- do you think that decision to move towards light is what that call is referring to?

I think so… to recognize our conscience. To find the light and be the light when you’re plunged into utter hell. I mean Eponine had parents that let her live on the street. But how can she love someone who can’t even love her back? And even saves his life.

But her mother will do anything to survive. And I can understand that, when you’ve got nothing you’ve got to do what you can to survive. But what is the extent?

Yes, I think those are the questions that “Les Misérables” asks. How far are you willing to go?

One of Jean Valjean’s lines is “It’s easy to die. It’s how you live that’s important.”

A lot of your work has this social justice focus and is quite serious. Your play “Red Snow,” or the two you were in at the Stratford Festival (“The Bacchae” and “The Komagata Maru Incident”) this summer, they’re all quite heavy. Are you ready for something lighter or do you continue to be drawn to stories like that?

It’s a funny thing! Even when I was in theatre school one of my professors said, “You’re a tragedian.” The final year of my school, everything that I created and every play that I picked, I died. So I’m a tragedian at heart.

But I’d love to do a comedy because I’m a funny person, I’m really funny and silly. I can make people laugh but nobody really casts me in that.

So the next play that I wrote, it’s a trilogy but I’m only turning, so far, part one into a play. It’s “The Monkey Queen”- it’s the feminist perspective, or from the female lens, of the monkey king story in the east.

My play is inspired by “Journey to the West,” a book of the monkey king stories written in nine volumes in the 16th century.

I always loved being the monkey king. It was this character that could transform into a bug… create havoc. It could shapeshift and star soar. So I was always jumping off of the furniture and pretending I was him. So when I think it was Young People’s Theatre did a play on [the monkey king] called Forbidden Phoenix, I wanted to audition. My agent said “Sorry I can’t get you an audition because they’re only auditioning men for that part.”

… I was kind of taken aback. I thought, “How do I turn a thorn into a rose?” I was invited to a private storytelling jam with a professional musician and I was telling that story. Then when we went on break I just had this epiphany that I’m not the monkey king, I’m the monkey queen. So I had to write the whole entire thing myself and give birth to her.

So is “The Monkey Queen” more of a comedy? Tragedy? How would you define it if you could?

It’s a fantasy…. It’s a very universal play about a hero, but it’s fantasy.

There are definitely comical parts. And I’m a very tiny person and it’s a duet and the other person that we cast is like 6’8”…

So I hope somebody casts me in a comedy one day. I would love it. But I love tragedy. It’s that whole thing about having something important to say. Because there’s so much injustice in the world. I feel like the theatre is our platform to put a mirror to humanity and make people think, feel, and maybe do something and advocate in their own way.

Just coming to the theatre, and supporting a play that is about that is already active. Just by being there, and witnessing this play and supporting it you’re saying, “Hey, this is something I’m interested in.” You don’t have to be those great heroes but what can you do? It doesn’t have to be huge.

Do you think that art has a responsibility to tackle these kinds of social issues?

I don’t know if art has a special responsibility, but me as an artist, I feel like I have a responsibility. Because I know, because I have that knowledge… when I found out about what happened in Asia in World War II… We had a forgotten holocaust [the Rape of Nanjing, the focus of Diana’s play Red Snow] and nobody was speaking out about it. I felt I was responsible for speaking about it because not enough of us were.

With the monkey queen story, it’s a fairy tale dear to my heart, but then when I come back to it as an adult, it’s a mythology that reflects my life as an adult. The challenges and the journeys and what it means to be a warrior. Because that’s what the monkey king does- he’s always battling and protecting the monk as he goes on this journey to the west.

And so what is my journey as an artist? What are my battles as an artist, as a woman, as a human being? How do I protect nature? What do I do? Why am I even here on earth? It’s grappling with those kinds of philosophical questions but from a fantasy perspective.

“The Monkey Queen” will be on stage at The Theatre Centre from November 16th to December 2nd, 2018

“Les Misérables” is on stage now through April 1st at The Theatre Centre, Toronto.
Tickets and information

This interview has been edited and condensed for clarity.

Diana Tso’s Eponine and her kaleidoscope of creation