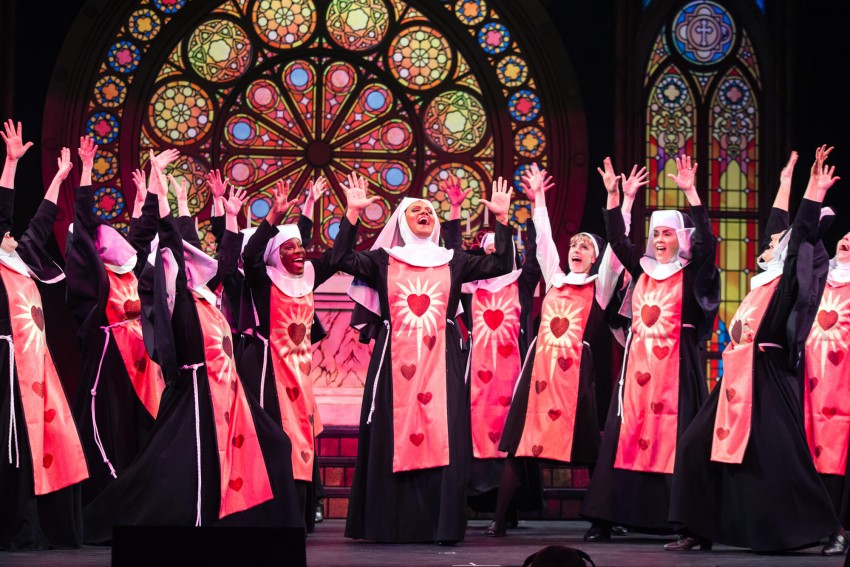 The divine musical comedy filled with music, mirth and a chorus of sensational sisters runs now to June 25.

Starring in the lead role Aurianna Angelique channels the charismatic appeal that made Whoopi Goldberg such a hit in the blockbuster film as diva-turned-nun Deloris Van Cartier a.k.a. Sister Mary Clarence. 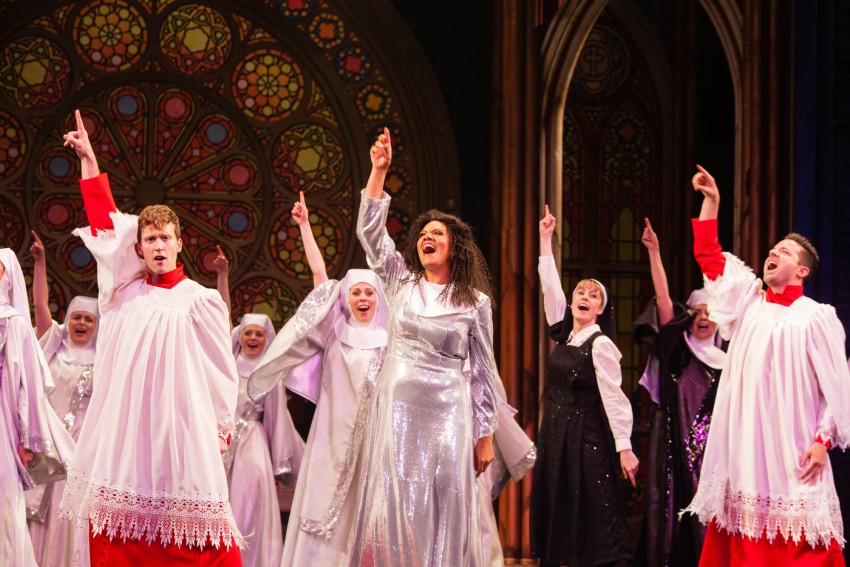 Gilmour performed at The Stratford Festival as Pirate Jenny in “Three Penny Opera,” Mrs. Pierce in “My Fair Lady,” and the Witch in “Into The Woods.” She played the role of Fantine in “Les Misérables” in Toronto at the Royal Alexandra Theatre and went on to play the role on Broadway, Los Angeles and on an international tour. 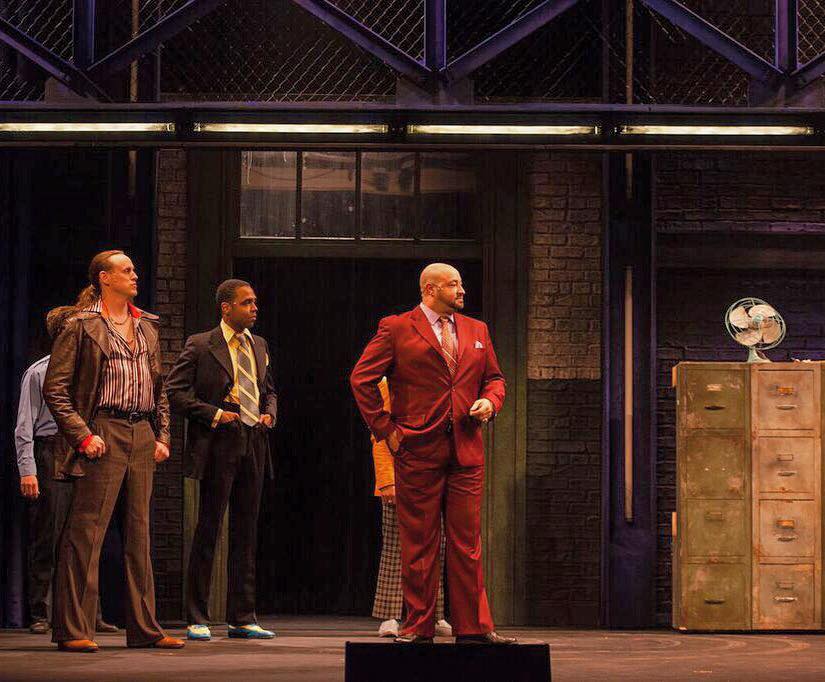 Audiences may remember Siegel as Javert in Drayton’s “Les Misérables” and from last year’s hit production of “Legends … of Rock ‘n’ Roll.”

Lorraine Foreman plays Sister Mary Theresa, she performed in the Tony Award winning Broadway production of “Kiss of the Spider Woman,” along with fellow Canadian Brent Carver. She’s also been a company member of the Stratford, Shaw and Charlottetown Festivals. Check out an interview I did with her about her illustrious career.

Matthew G. Brown is the goofy and charming Eddie Souther, the desk chief at the Philadelphia police station (and high school classmate of Deloris) who helps her into hiding.

Brown recently performed in several shows with Toronto’s Young People’s Theatre including “Jacob Two-Two meets the Hooded Fang” and “The Wizard of OZ,” both which were nominated for Dora Mavor Moore Awards. Brown also appeared in Stratford’s “Tommy.” 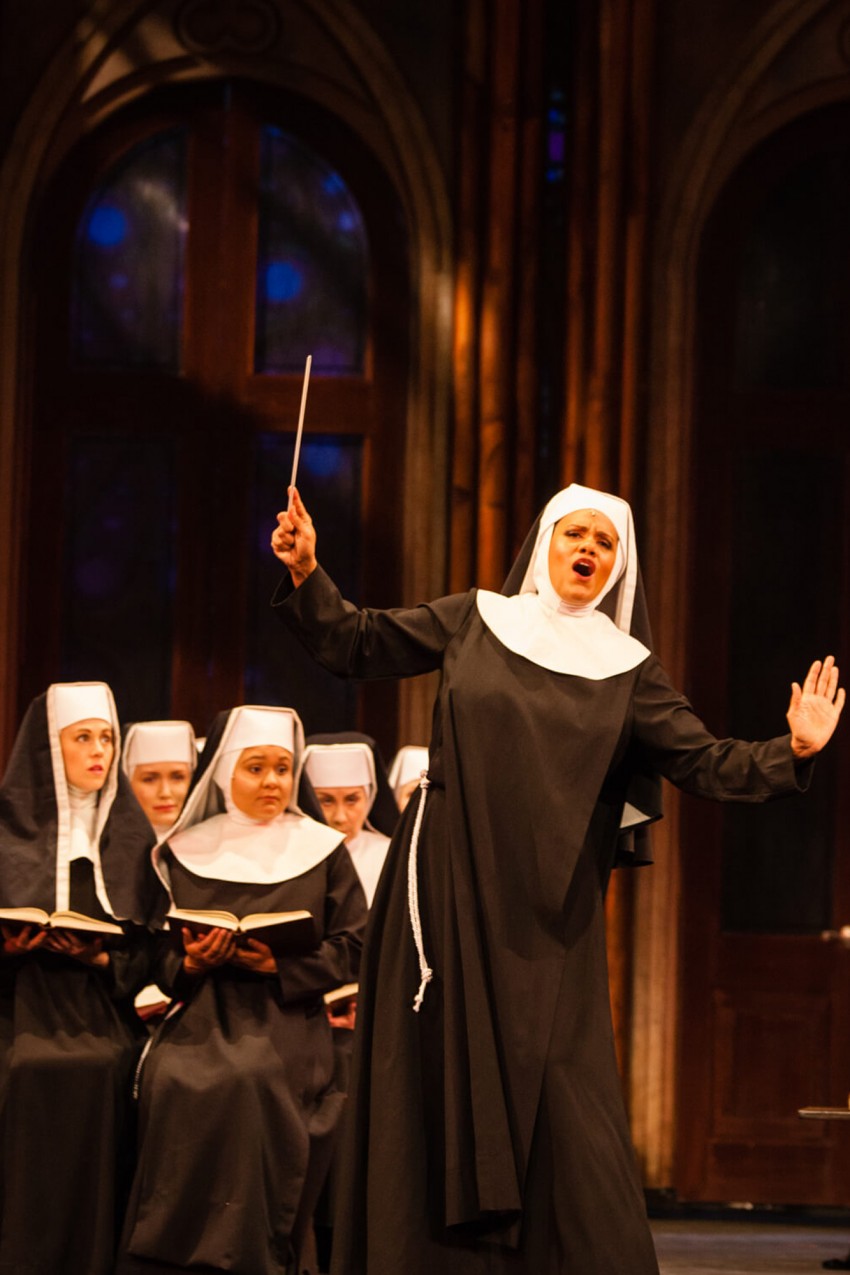 Aurianna Angelique as Deloris Van Cartier and the nuns

“‘Sister Act’ has something for everyone – an outrageously funny story, glorious music, and a divine cast of characters you can’t help but root for,” says Alex Mustakas, Artistic Director of Drayton Entertainment. “Audiences around the globe have fallen in love with Deloris and her sisters, and we are thrilled that our patrons in Grand Bend will be able to get in on the fun.”