Summer will be coming to Toronto this February, as the Chekhov Collective opens their production of “A Midsummer Night’s Dream.”

Paul Amos, who plays Oberon and Theseus in the production, is a Welsh actor best known known for his recurring roles as Dr. Roberts in CBC’s “Murdoch Mysteries,” Vex in the Showcase hit “Lost Girl,” and Jacob Frye in the video game “Assassin’s Creed: Syndicate” (a voice and motion capture role). During his diverse career, Paul has worked with the Royal Shakespeare Company, the National Theatre, and spent two seasons with the Stratford Festival.

I sat down with Paul to discuss Oberon, motion capture, theatre in Canada and the UK, and coming back to Shakespeare:

I understand that this is your return to Shakespeare after 10 years. Is it also your first return to theatre?

Essentially, yes. The last play I did was “Measure for Measure,” which was at the National Theatre of Wales. I went home for a little bit after finishing up at the Stratford Festival, and played Angelo and had a great time. It was an awesome show, and that’s the last time I did Shakespeare.

But you have to consider, I was nearly 18 full months, with only 2 weeks off, doing Shakespeare. So maybe that’s why I took so long to get back. 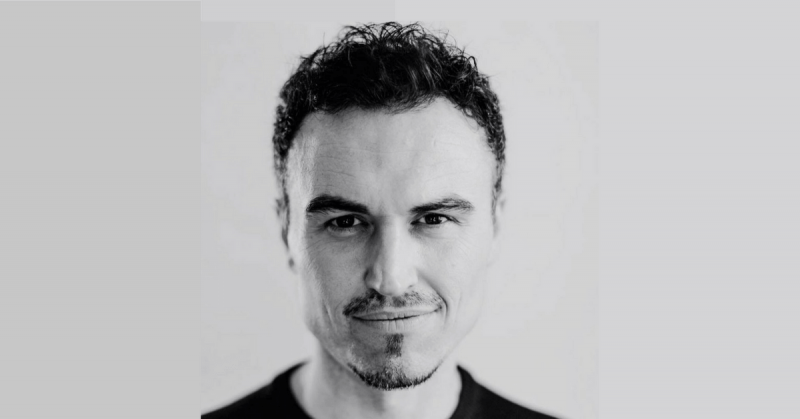 What brought you back to Shakespeare?

Well I definitely wanted to come back to do theatre. It’s something that I’d been wanting to do for a while.

It’s not the easiest thing to do in Toronto if you develop a TV and film career. I find that the scenes themselves, in terms of TV, film, voice, theatre, are all fairly segregated and compartmentalized in Toronto. It’s hard to bounce between them.

And as I was on “Lost Girl” for six years, I did the video game for a year, and I’ve done lots of other stuff, it’s just been really difficult to fit in.

A bunch of us were going to start a theatre company. We were close to doing “Macbeth,” and it was basically a cast full of people who were on TV shows; people from “Lost Girl,” “Orphan Black,” we were just gonna stack it full of really cool people. And then it sort of fell apart.

Then last year, Richard [Sheridan Willis, the director of Dream] came in and did some bits on “Assassin’s Creed: Syndicate.” I had talked to him about this idea of doing the theatre company. He’s done a lot of theatre and Shakespeare, and he told me, “So listen, we’re doing the Dream and I’d like you to play Oberon and Theseus.”

I’ve done the play a few times and I usually play Puck. I think I was a little reluctant at first because I wasn’t sure if Oberon was my part. I had seen the play a bunch of times and usually they had this physical specimen of a man playing Oberon. And he’s all, “Oh I’m the king of the fairies, and I’ve got this amazing six pack.” Well I’m lithe and I’m fit but…

Anyway I said yes and it’s been great, I never thought that Oberon would be such a good part for me.

So is that siloing of TV, film, and stage one of the big differences you notice when working in Canada as opposed to the UK?

Absolutely, it’s much harder to bounce between the two.

So it’s always kind of interesting as a British person being in a show over here, particularly with Shakespeare. Because they’re two very different approaches.

Actors over here really need to know why they’re doing everything straight away, whereas British people will just address technicalities of the text and the technical demands of what it is to do Shakespeare and be in a play, and then we do the other stuff at the end.

It’s really interesting. And I’m not sure which one is better. 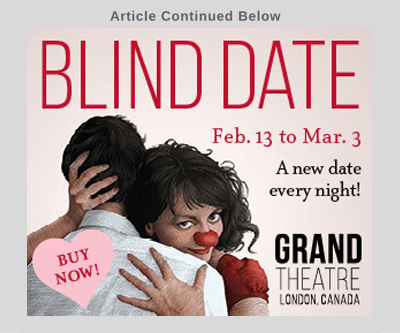 I’m interested that you’ve done not just film, TV, and theatre, but also motion capture and voice acting. Do you find you approach it all similarly, it’s all acting to you, or are there ways that you approach it differently?

I do definitely approach everything differently, even different plays.

Being in the theatre requires a lot of heart. Being in film requires that, but it’s also incredibly technical. It’s not real and sometimes it’s hard to imagine that it’s real when you’ve got 150 people on set or you’re not really actually talking to someone in the scene and it’s an emotional scene.

Motion capture is really interesting. The way I always describe it is your heart is in theatre but your head is in film, as you’re doing it. It’s a perfect marriage of the two.

You’re in basically a padded cell and you have to imagine that it’s St. Paul’s Cathedral or something, but there’s nothing there. And you have to be a little bit bigger in your body movements in terms of physicality, but then you also have to understand that there’s a filmic medium to it.

For me it was a really wonderful enterprise. It was really, really fun. To try and make real characters in those rendered scenes that we do, and putting in comedy and things like that that I felt were missing from video games.

I’m curious about the fandom that comes with something like Assassin’s Creed: Syndicate. While there are obviously huge differences, do you think there’s any comparison between the pressure of playing a role that people are so invested in, when there’s a fandom along with something like a video game, and a role like Oberon that people know so well just because it’s such a famous play?

That’s an interesting question. The thing about the fandom [with “Assassin’s Creed; Syndicate”], is that you’re creating a new assassin. So there’s the pressure of creating something new.

It is a little bit like that because with Oberon, Im just creating the new version of what that is. Theres always the pressure because there are all these spirits in the air of people who have played these characters, and the people who have done it really well, and the landmark performances.

All I have is now, and who I am, and what I can bring to it. To try to tell a story to an audience that means something now through my own experience in the characters.

And the fandom thing with Assassins, you know it is what it is. It’s huge and there’s a big thing to it, and I love that. I love engaging with it, trying to create something lasting, something that the fans can engage with and will be something different for them.

There was a pressure but, you always want to be in a pressured environment to try to create something. You need that.

Speaking of past Oberons, “A Midsummer Night’s Dream” is obviously a play that is produced quite often. From your perspective, what makes this production special?

Well number 1 we’re doing it in the dead of winter, which is generally not when it’s done.

We’re also trying to add a slightly different angle to it. So the play is, in a sense, Hermia’s dream. And this dream is there to guide her, to open and awaken something in her that has maybe been lost.

So that’s the angle or the conceptualization of what we’re doing.

It’s also in an intimate setting, at this time of year, and the play actually has a lot of dark imagery, dark poetry. At the beginning there’s a lot of turmoil, it’s the idea of the world turned upside down a little bit. It’s maybe not the season you expect, it’s not the pretty, beautiful night.

They’re driving towards that point at the end where finally you get harmony again and the summer returns. And it’s nice to remind Canadians about the summer! It is coming!

Eventually it will arrive!

Eventually, at some point, not sure when!