Kevin Bazzana, a Canadian music historian and biographer, wrote an enlightening piece about Glen Gould and his relationship to Stratford Festival. The piece appeared in the Stratford Summer Music Festival program guide.

Bazanna, who wrote Wondrous Strange The Life and Art of Glenn Gould, as well as several other books, writes about classical music for the Times Colonist in Victoria, BC.

The piece he wrote about Glen Gould for the Stratford Summer Music Festival is such a good read that I asked the Festival if I could publish it here, as it isn’t available elsewhere online.

It’s a fascinating read and should be of interest to anyone who curious about how the festival provided a platform for Gould.

This year Stratford Summer Music is honouring the Canadian pianist Glenn Gould, since 2012 marks the eightieth anniversary of his birth and the thirtieth anniversary of his untimely death. But the excuse of an anniversary is hardly necessary, considering the importance of the Stratford Festival to his career and the special place it held in his heart. Gould, it is true, nourished musical, moral, and temperamental objections to live performance and eventually retired permanently from concert life, yet even classical music’s most famous concert-hater found the Stratford Festival so congenial and stimulating that he appeared there often, and eagerly.

He was part of the Stratford scene from the beginning, participating in the series of informal afternoon concerts offered during the first festival in 1953, when he was just twenty. His recollections of that season included a “miserable” piano in an acoustically poor tent theatre, “leaky dressing rooms,” haphazard publicity, “no organization whatsoever,” inclement weather, and poor attendance. Still, he considered the festival “an adventure.” It offered him almost unlimited artistic freedom, allowing him to explore repertoire and ideas and approaches to performance that had no place in his regular concert season.

Gould returned to Stratford in 1954 to participate in a chamber-music broadcast, and again in 1955 for the festival’s official “inaugural season of music,” during which he gave one of his earliest public performances of Bach’s Goldberg Variations.

In Stratford as everywhere else, he immediately attracted attention for his extraordinary, very original musicianship but also for his personal eccentricities on stage and off. Though temperatures reached 105 degrees Fahrenheit in 1955, he was seen around town dressed in a coat, scarf, cap, and gloves, and demanded that windows be closed during rehearsals. The bundled-up Gould, a strange but lovable figure, became a fixture at Stratford.

He gave only one concert at the 1956 festival, albeit in an eclectic and unusual program that was a tour de force of versatility. He performed keyboard works from the seventeenth and twentieth centuries (Sweelinck, Krenek, Berg); supervised the concert première of a string quartet he had recently composed; directed Schoenberg’s vocal-instrumental chamber work Ode to Napoleon Buonaparte from the piano; and contributed program notes. This was precisely the sort of multifaceted, innovative programming he craved.

The Glenn Gould who appeared at Stratford in 1956 had recently become an international star with the release of his first album for Columbia Records, of Bach’s Goldberg Variations, and such were the new demands on him that he was forced to skip the festival in 1957, 1958, and 1959, because of his European tours. As his fame grew so did his disgust with concert life, yet while his touring schedule shrank in the early 1960s his enthusiasm for the Stratford Festival only grew, so much did he relish the creative opportunities it offered.

Gould returned to the festival in 1960, joining two distinguished American colleagues, the violinist Oscar Shumsky and the cellist Leonard Rose, as “Artists-in-Residence”; they gave a pair of chamber-music concerts, and coached other musicians. The festival had expanded considerably by this time, and now boasted an impressive line-up of Canadian and visiting musicians and an ambitious, adventurous, wide-ranging program of performances, as well as masterclasses and workshops. Gould was now so devoted to the festival that, after the 1960 season, he agreed to join Shumsky and Rose as “Directors of Music,” a title they held from 1961 to 1964. It is difficult to imagine Gould dealing with quotidian matters like budgets, fund-raising, contracts, scheduling, ticket sales, planning meetings, women’s committees, and the press, but he did, and that speaks volumes about his commitment to the Stratford Festival.

His own concerts became increasingly idiosyncratic and multifarious. “We want to try some far-out things,” he said. He performed on the piano as well as on the harpsichord and “harpsi-piano” (a modified Bach piano of his own devising), and sometimes conducted from the keyboard. He appeared in solo works, chamber and orchestral music, cantatas, and songs, significantly expanding his repertoire. He lectured from the stage and wrote program notes. And he devised thematically unified programs with a didactic element, some devoted to a composer (Bach, Beethoven, Mendelssohn, Brahms, Strauss, Schoenberg, Hindemith), some to a topic or genre (music of the 1920s, Russian music, lieder).

Gould’s star power ensured that his Stratford concerts invariably sold out, often far in advance, and his audiences and the critics were usually wildly enthusiastic, though occasionally dissenting voices were heard, and some of his concerts aroused controversy. During an all-Bach program in 1962, for instance, he derided the custom of automatic applause at concerts—“an easily induced mob reaction”—and asked the audience to refrain from clapping at the end; he even had the lights dimmed to black during the close of the last piece. His audience, though startled by his request, mostly complied; the result, however, was not the reverent silence he had desired, but tittering, nervous coughs, and embarrassed shuffling.

The same year, in “Panorama of Music of the 20’s”—the strangest public appearance of his life—Gould delivered lengthy, barbed remarks while dressed in period costume (plus-fours, cap, raccoon coat) and making hammy efforts at humour. His colleagues on stage grew flustered and his audience wearied of his antics, demonstrating impatience through rhythmic clapping and eventually walking out in droves. He was lambasted in the press, and later admitted that this “kooky” program had been “a complete disaster,” though he still defended the zeal for experiment at Stratford.

Gould did not perform at the 1964 festival (he had given his last public concert in April of that year), and his tenure as a director ended with that summer; from then on, he would lead a public life only through the electronic and print media. Today, besides some performances of chamber music by Beethoven recorded in 1954 and 1960, little survives from Gould’s nine seasons at the Stratford Festival. Still, for both parties it was an important relationship dating back to their formative years, and so deserves to be celebrated, at least in Stratford, whether or not a convenient anniversary looms.

Glen Gould and the Stratford Festival an enduring legacy 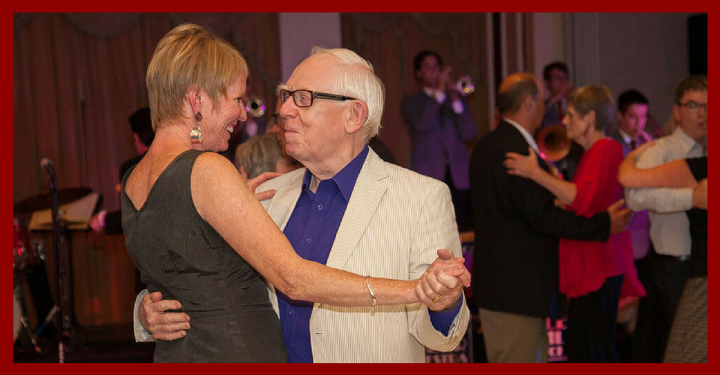