“America’s Got Talent” has revitalized variety entertainment and Woodstock, Ontario-born comedian Greg Morton, aka “The Man of Many Voices,” is one of the very talented performers who excelled on the show, making it to the semifinals.

Morton is on tour and will be bringing his uproarious comedy to the Wolf Performance Hall in London on Tuesday, October 8, at 7:00 PM, full tour details are below. Morton will be joined on stage by legendary comedian Darren Frost and magician Ray Anderson.

Morton follows in the footsteps of Canadian impressionist Rich Little who was one of the most successful entertainers in the late 1960s and ’70s with regular appearances on American television and national tours. 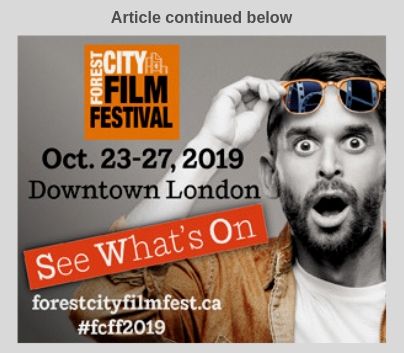 Another Canadian performer who excelled at impressions is Jim Carrey who, long before his breakout in the television series “In Living Color,” was known for his vocal and facial contortions.

But not since the buzz created by André-Philippe Gagnon in the 1980s has an entertainer done such impressive vocal gymnastics as Morton did on “America’s Got Talent” where he brought the panel of judges to their feet with joy. 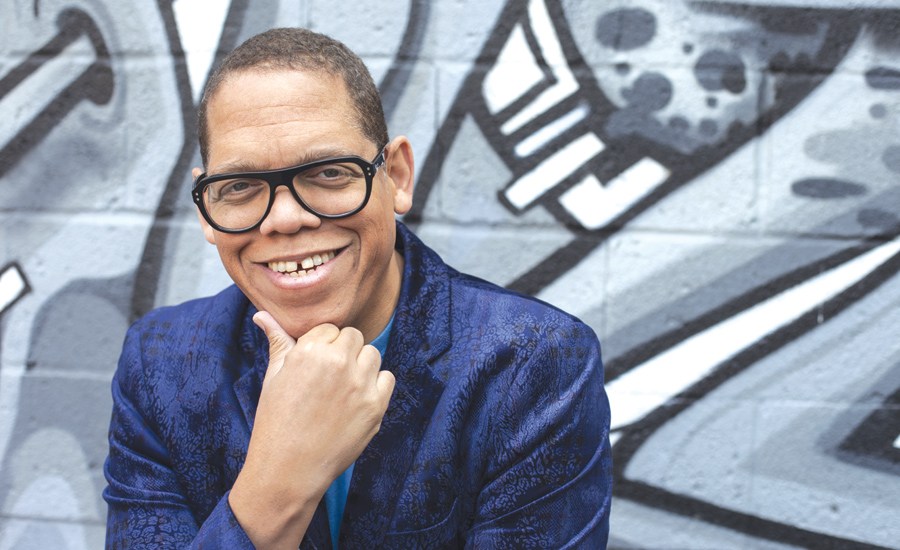 The AGT panelists aren’t the only celebrities to get a kick out of Morton’s comedy.

Go see him perform now while he playing mid-sized theatres where every seat is a great seat.

London based comedian, producer and comedy historian Pat Tiffin took over with 5 Questions for Greg Morton.

Greg Morton is one of the most distinctive and original comedians that Canada has ever produced. From the expressive face to the spot on impressions to the material that exudes the authenticity of a life being lived, Greg is just one of those comics that you have to see live. So when I was asked to do this interview, I wanted to get past the limelight of “America’s Got Talent,” I wanted to delve into what actually makes Greg tick as a comedian and get into some of the memories he’s collected during his career that has spanned many decades.

Your first introduction to the city of Woodstock is a sign that reads, “Woodstock, The Friendly City,” and that’s me. I’m a very outgoing and friendly person. Every day I walk out my door, I feel like I am an ambassador for my hometown. I feel very blessed. I had some great teachers and some very good friends.

2) When you perform, it seems as if the cartoon voices give you the greatest joy. What role have cartoons and animation played in your life and what were some of your favourite cartoons growing up?

The world of animation is such a bright and imaginative world. When I was a kid, there were no cartoon channels, videos or streaming services. We had to wait until next Saturday morning, or in some cases, the next year for an animated feature. Drawing cartoons and voicing them gave me the opportunity to revisit that world. It didn’t matter how difficult things were at school; cartoons gave me an escape.

Some of my favourite cartoons growing up were Bugs Bunny and Daffy Duck, The Flintstones and Scooby-Doo. Ironically, I ended up working on the latter two shows as an animator! My experience working in the industry led to voice acting and voice direction for more than 20 animated cartoons. Looking back, I feel like my path was preordained, but n the end, I found live performance more compelling. I became a human cartoon.

3) The one thing that seems to jump out when watching your material is how seamless your transitions are between the voice that you’re acting out and the humorous observations you convey. What do you feel is the key to integrating a character voice into a comedy bit?

My approach to creating these pieces was very similar to the way a musician creates a song. Since I couldn’t use copyrighted music or images, choosing the right backing track was essential. I picked tracks that created the right mood or sounded very similar in tone. Each character line is like a lyric. Then I would marry the two and let the viewer’s brain do the rest.

I remember sending the show’s producers into a tizzy one morning when I decided to ditch my Muppets routine. A week before the show’s airdate, I found all the voices sounded too similar because they were performed by a handful of puppeteers. The voices were all placed back in the throat, which made it physically taxing and impossible for me to switch between characters. So I came up with, what I think was my third and best showcase of the season. A set that I like to call my “Show me the money Simon,” set. It was funny and engaging and it got me to the semi-finals.

You have to be familiar with all the source material. Kids and movie geeks loved it, but casual pop culture fans became confused. It’s almost like each piece has its own language. That’s why I would never have characters from two different worlds talk to each other. .

4) You’ve been around the Canadian comedy scene for decades now. Are there any favourite memories or road stories that you’ve experienced in all your years?

Like every Canadian, I’m very stressed when I cross the border. I remember I had to do a show in New York City. It was probably one of the biggest breaks of my career, at that point. I had my border crossing all planned. When the border guard asks me why I’m entering the United States, I’m going to tell him that I am opening for Luther Vandross at Radio City Music Hall.

So, that morning, my wife and I drove over the Queenston/Lewiston bridge. I stop the car, hand over my passport, while another officer rummages through my suitcase in the trunk of the car. The border guard starts to ask me the question I’ve been waiting for when our conversation was interrupted by one of the border patrol guards.

“Mr. Morton? Could you step back here for a moment, please? Is this your bag?
“Yes,” I said, sheepishly, as she pulled out a sequinned, tank dress.
“Can you tell me, exactly what type of trip are you going on?”

It was the dress that I wore on stage, when performing my Tina Turner impersonation!

5) If a younger comedian came up to you and asked you what Canadian comedians from the early days of Canadian stand-up they should watch. Who would you suggest?

I would tell them to watch the comedian that resonates with you. For me, that comedian is John Candy. His humour was so broad and physical, and he played such empathetic characters. When I was younger, I was also a huge fan of Don Harron and Billy Van. My advice as a performer to upcoming comedians would be to explore your vocal range. Use your instrument. There is a lovely musicality to the human voice and the Kardashians have killed that for a whole generation.

Oct 17 – Woodstock at the Oxford Auditorium

Greg Morton, from America’s Got Talent, at the Wolf Performance Hall 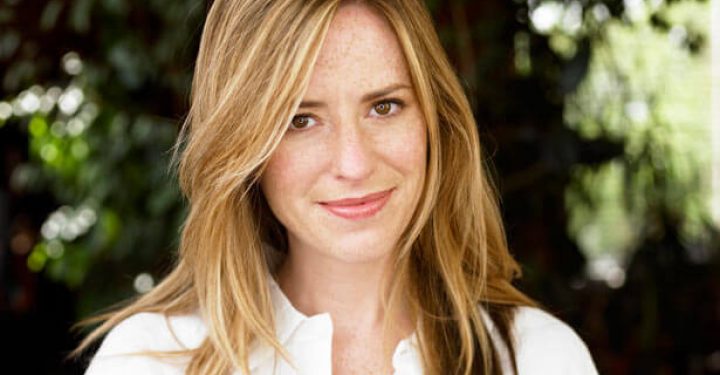 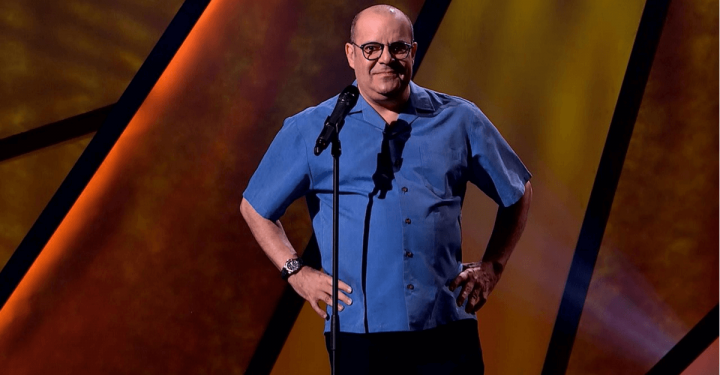 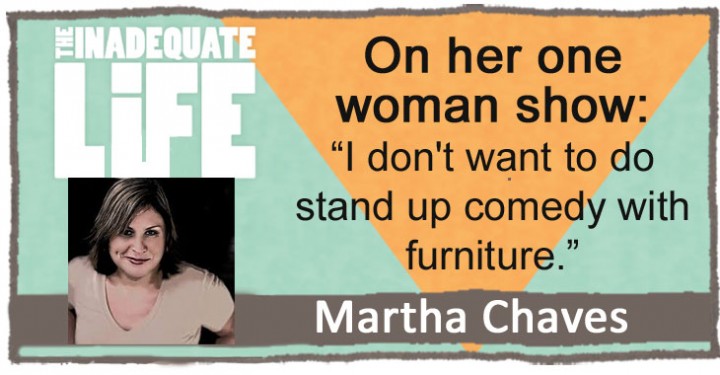