For the longest time, Canadian stand-up comedy has been seen as one of Canada’s proudest cultural traditions but to this day has yet to be recognized as an official art form. The Canadian Association of Stand Up Comedians (CASC) hopes to change that. They’ve made it their goal to get stand up comedy recognized as an art form which in turn would allow comedians and producers to apply for grants.

On June 18th CASC will be holding a 12 Hour Comedy Marathon, at the Rivoli in Toronto, to raise funds for their organization. I recently had a chance to chat with the marathon’s producer, CASC member, and stand-up comedy veteran Simon Rakoff.

How did The Canadian Association of Stand Up Comedians come about?

Stand-up comedy is one of Canada’s most famous cultural exports and well-received throughout the country with a continually growing talent base. However, we are the only art form that is not recognized by the government and arts councils. Sandra Battaglini, a brilliant Toronto comic, approached MP Julie Dabrusin who has agreed to table a motion granting us that status. It turns out that the matter had never been raised before. Our hope is to be able to apply for grants to develop projects and have our interests addressed regarding visa issues.

What was the impetus behind the idea for the “12 Hour Comedy Marathon”?

That was my idea. I thought it would be a good way to raise awareness for our cause.

People will sign our petition and make a donation to come see the show. It also gives an idea of the number of comedians this association will represent as over 140 comics signed up to participate. A huge variety of styles will be on display. Stand-up is a medium with endless, different takes and points of view.

The marathon will be taking place at The Rivoli on Queen Street. What makes The Rivoli such a special place when it comes to Canadian comedy?

The Rivoli has been a venue for comedy since the beginning. I performed there in 1978 and remember seeing the original Kids in the Hall and Frantics, among other legendary Canadian performers early in their careers on the Rivoli stage. There is a lot of history there. More importantly, it continues to be a popular comedy site to this day. The long running Alt.Dot show will be part of the marathon at 9 PM.

Independently produced stand up comedy shows seem to be thriving in major markets across Canada. In a smaller market such as London, comedians face exorbitant rental fees, even for renting a simple black box theatre. How do you feel an advocacy body like CASC could help when it comes to finding a solution for this problem?

If we are eligible for grants, then people could apply for funding to help put on shows or tours. After all, arts funding in Canada was introduced to encourage people to stay in this country and produce art instead of being forced to leave out of economic necessity.

How important is the development of smaller markets to the overall goals that CASC has set out for itself?

If funding for tours is accessible, many places that do not currently get comedians coming would be on our schedules. Artists come from every corner of the nation. It is not so much development of markets as development of artists that will, by extension, improve conditions in whatever area they happen to live.

Part of any success that Canadian stand-up comedy has in the future will be buoyed in part by the development of new comedy festivals across Canada. What kind of help can those eventual fledgling festivals expect from CASC?

If stand-up is recognized as art, then funding will be more accessible by producers of stand-up in all its forms. A new festival will still require sponsorships from private industry, but arts council funds will certainly make the logistics much easier.

Comedy, for the most part, is about chasing a dream. Dreams usually come from a place of hope. What do you hope that Canadian stand-up comedians get out of their experience with CASC?

Stand-up is by definition a solitary pursuit, but the business of it is better served by joining together. The hope is that CASC will provide a unified voice for stand-ups’ common interests and end the history of being ignored by government and arts councils. CASC can’t make comedians funnier, but it can make chasing the dream of making a living at it more likely. 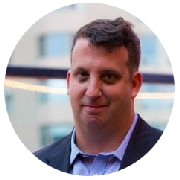 Pat Tiffin is from London, On.
He’s a stand-up comedian with Asperger’s who tells jokes on stage while donating his time promoting Canadian comedy off stage.

This links to an image of the scheduled performers.

The publisher of this website, Keith Tomasek, has interviewed a few Canadian comedians on his podcast “The Inadequate Life,” many of whom have left Canada to work in the United States.
Listen on Spotify or Apple Podcasts.

Martha Chaves – Comedian, activist & playwright.
Seán Cullen – He still finds time to play hockey three times a week.
Ophira Eisenberg – Left Canada for New York with nothing, now has her own show on NPR.
Laurie Elliott – From competitive diving to comedy.
Ron James – A comedian’s eye for satire and a poet’s ear for language.
Dave Martin – “My parents have yet to come to a show.”
David Merry – Innovative lifelong learner.
Jeff Rothpan – “I better get out of Canada & skip Yuk Yuks.”
Sandra Shamas – From the Fringe to indie success on her own terms.
Johanna Stein – A viral video leads to a CBS pilot with Will Arnett.
Wayne Turmel – Leaving stand-up comedy to write.
Christina Walkinshaw – “I fucked up another relationship.”
John Wing – A highly regarded poet and six-time Tonight Show guest.
Live at the Winnipeg Comedy Festival – with Ashley Moffatt, Adam Schwartz, Dan Taylor and Meghan Riley.

Elevating stand-up comedy to a recognized art form in Canada 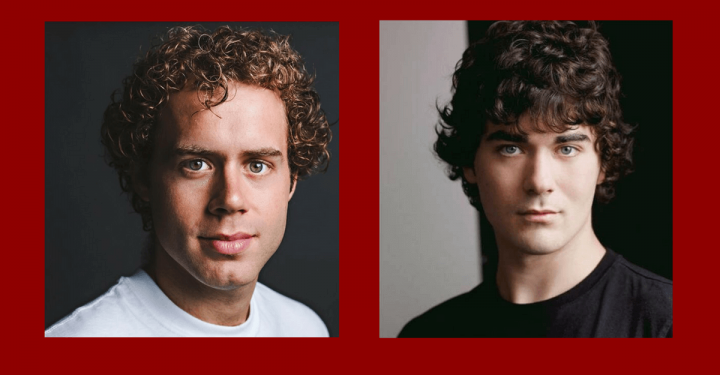