Co-produced by the Charlottetown Festival in PEI, “Mamma Mia!” dances onto the Spriet stage at London’s Grand Theatre.

The play tells the story of Sophie (Katie Kerr) on the eve of her wedding to her love, Sky (Aaron Hastelow). 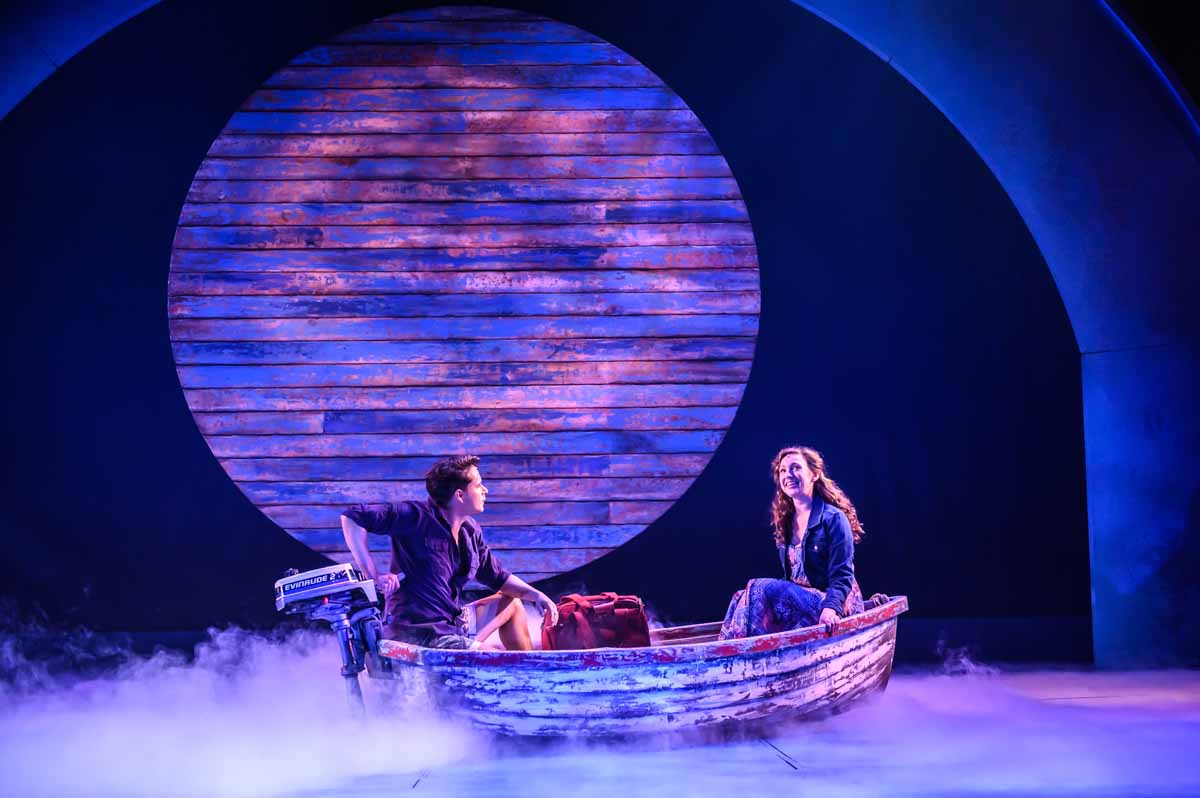 Aaron Hastelow, Dahlia Katz. photo: Marc Brenner
Though their nuptials are fast approaching, Sophie is missing one key element from her dream wedding: she has no father to give her away. Sophie, raised by her mother, Donna Sheridan (Rebecca Poff), on a secluded island in Greece, knows nothing about the identity of her father.

Since Donna refuses to talk about that part of her past, Sophie takes matters into her own hands and snoops into her mother’s old diary. From the journal Sophie learns that she has three possible fathers: Bill Austin (Stephen Guy-McGrath), Harry Bright (Cameron MacDuffee), and Sam Carmichael (Michael Torontow). Thinking she’ll recognize her dad on sight, Sophie invites all three men to her wedding.

Their arrival launches the play into a whirlwind of emotions for Sophie, Donna, and the three men caught up in the gale.

Directed by Adam Brazier, the Grand’s “Mamma Mia!” is everything we’ve come to expect from the famous jukebox musical. This production is upbeat and fun, and its energy radiates from the cast members who have clearly taken their roles to heart. The production’s charm is not limited to the lively ABBA numbers, though. The show, while entertaining, also turns our attention to the complicated ways in which love ensnares us.

As the bride and groom to be, Kerr and Hastelow capture the naïveté of Sophie and Sky’s young love. Theirs’s is not naïveté in the pejorative sense, though. Their fierce optimism is driven by questions around who they are and who they want to become as individuals and as a couple.

Love in “Mamma Mia!” doesn’t restrict itself to youth, however; after three divorces and plenty of experience breaking hearts, Donna’s friend and former band member Tanya (Jan Alexandra Smith) teases the young, overly-confident Pepper (Anthony MacPherson) as he attempts to catch her eye. The ensuing dance-off to “Does Your Mother Know?” is one of the show’s high points. The stark contrast between Tanya and Pepper’s stories and experience is as playful as the rest of the show but reminds us that Tanya is still a force to be reckoned with as Pepper is swept away in the undertow. 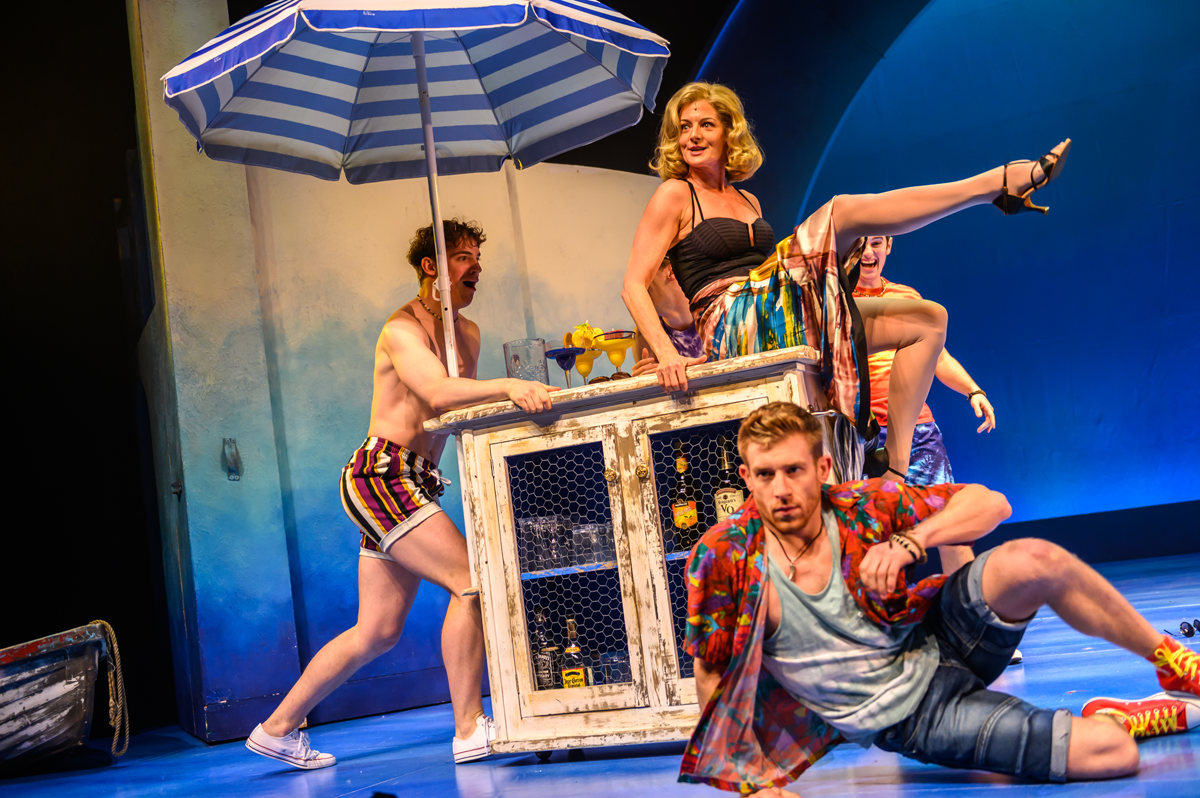 Mamma Mia!company .photo: Dahlia Katz
Alongside Tanya, Donna’s other Dynamo, Rosie (Nicola-Dawn Brook) shares a wonderful chemistry with Guy-McGrath’s Bill Austin. Though each character is staunchly independent, even they can’t resist the pull of love’s tide as they come crashing into one another in their witty and endearing duet, “Take a Chance on Me.”

Like the sea surrounding the island, though, love has the potential to isolate. This is especially true for Donna, whose intensity and fierce individuality is derived from her long-lost love, Sam. As Donna, Poff captures the determination and spunk of her character, but also her vulnerability. In her scenes with Torontow’s Sam, Poff is as ice-cold as winter sea spray.

Along with the spectacular cast on stage, the show comes together thanks to the work of a production team who have brought Greece to life here in London.
Lisa Stevens’s choreography is fluid and dynamic. The dance numbers at Sophie’s doe party emphasize the emotional confusion Sophie and her various father-figures are experiencing. More lightheartedly, a beach scene in which the ensemble dances in full diving kit includes massive rubber flippers is as amusing as it is impressive technically. Alongside Stevens, musical director Craig Fair and the host of musicians in the orchestra pit bring the show to life. 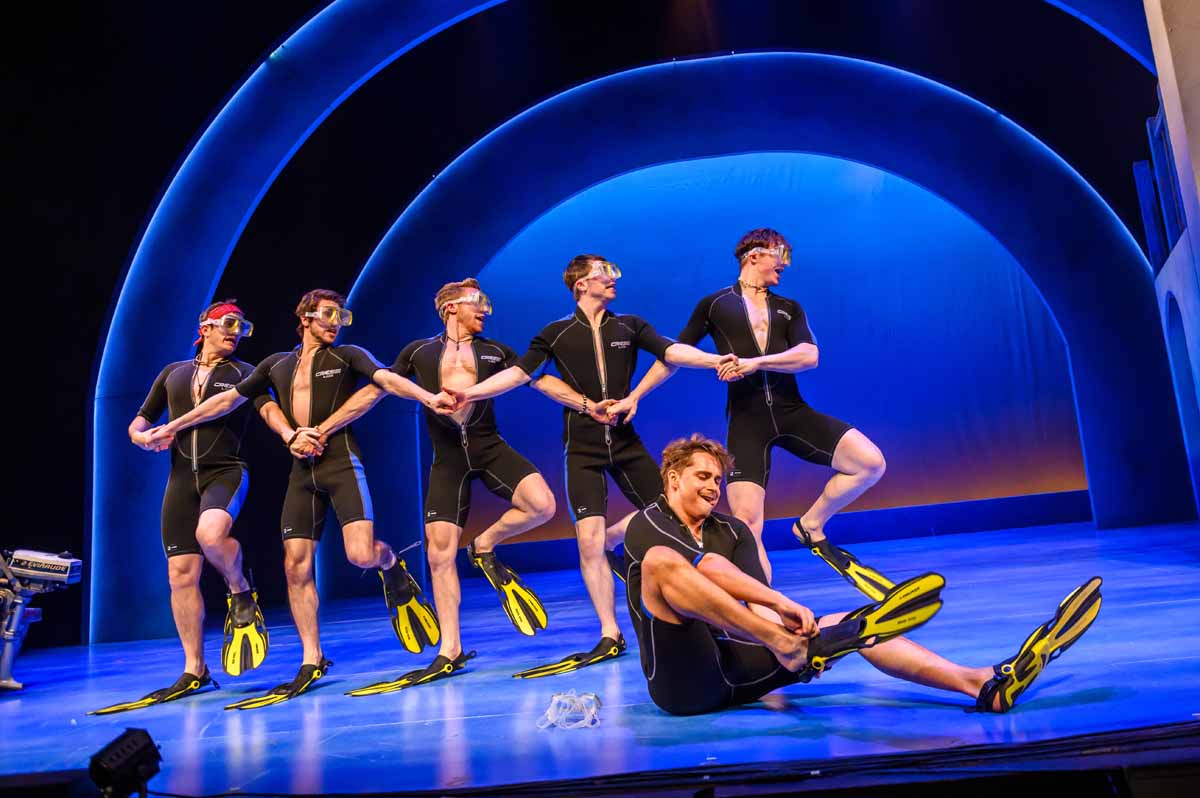 Mamma Mia! company. photo: Dahlia Katz
Set and costume designer Cory Sincennes has netted the atmosphere of a Greek island. The large, white set pieces exude the character of a Greek villa. His costume design, especially the Dynamo’s futuristic ensembles, situate each character within their own story independent of the island itself.

In its casting and production quality, the show comes together in a fury of charm and pure fun that can be felt from the stage to the back of the balcony. I highly recommend taking a chance on “Mamma Mia.” 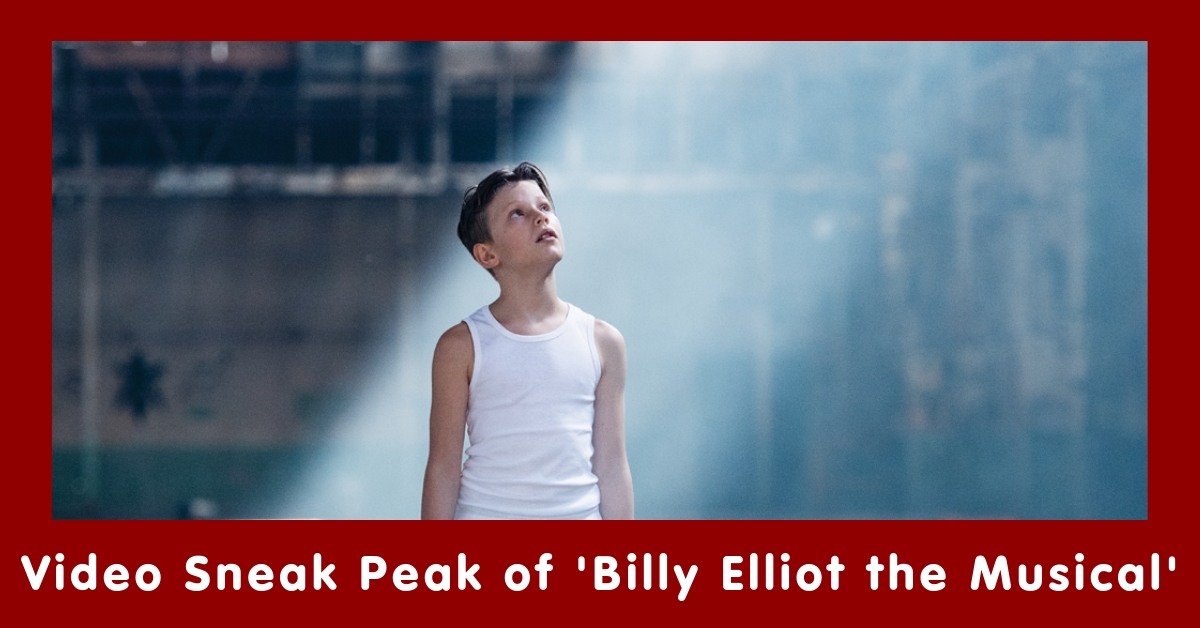 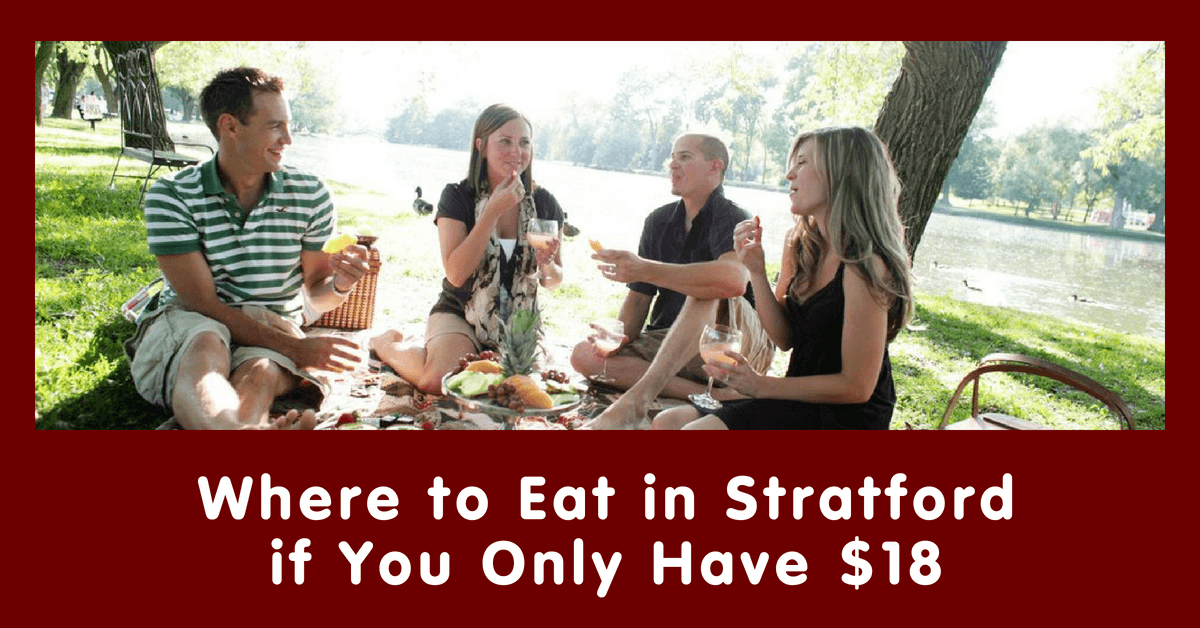 Review: ‘Mamma Mia!’ at the Grand 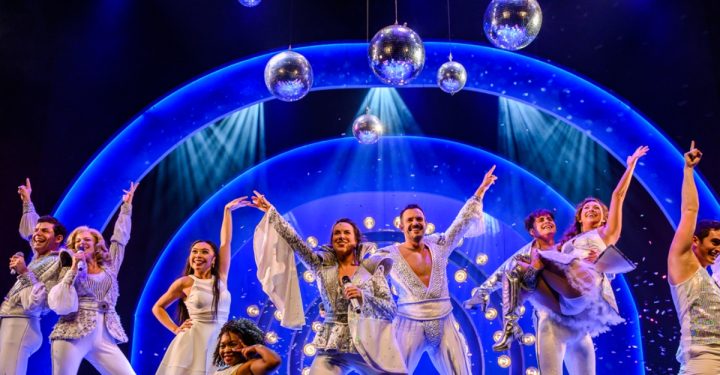 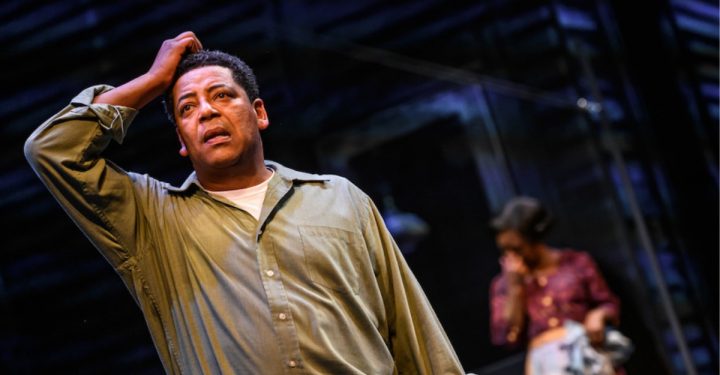