Just in time for baseball season, August Wilson’s Pulitzer Prize-winning play “Fences” has stepped up to the plate at London’s Grand Theatre.

“Fences” tells the story of Troy Maxson (Nigel Shawn Williams), a 53-year-old garbage collector whose life has not followed the path he anticipated. Troy’s dreams of playing professional baseball never came to light as he peaked before the colour barrier was broken in the major leagues. The disappointment of his failed dream hangs heavy on Troy’s shoulders. Like his fiery passion and athletic talent, the weight of a dashed dream is passed from father to son. Troy’s youngest son, Cory (Ngabo Nabea), has been scouted by a college football recruiter. Cory begs his father to allow him to play, but Troy, wary of professional sports dominated largely by white men, refuses to support his son. 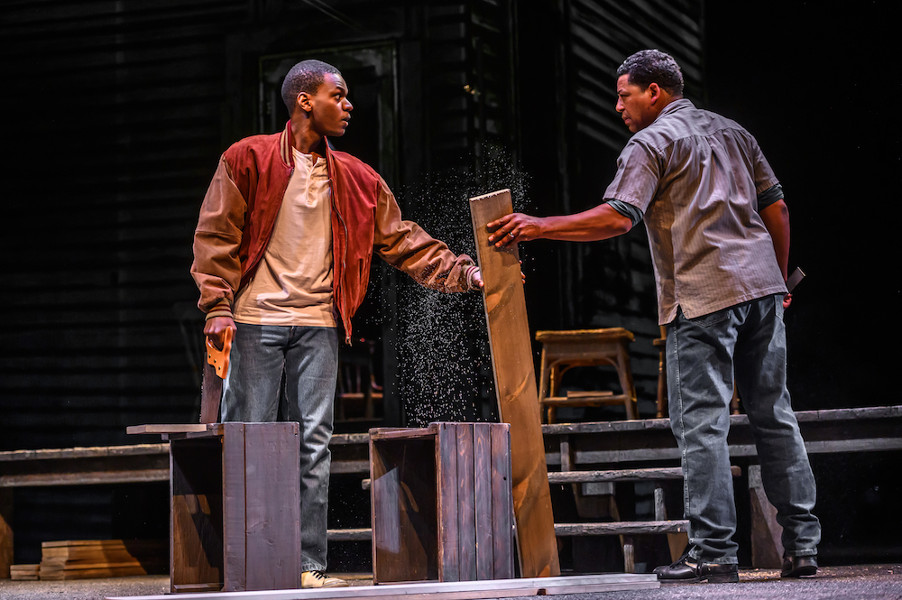 Troy is also plagued by the guilt of a double life; he is torn between his obligation to his wife, Rose (Ordena Stephens-Thompson), and a flame with another woman, Alberta, whom we never meet. His friend and confidant Jim Bono (E. B. Smith) encourages Troy to do right by his wife, yet when Troy comes clean to Rose it is she who faces a major moral dilemma. 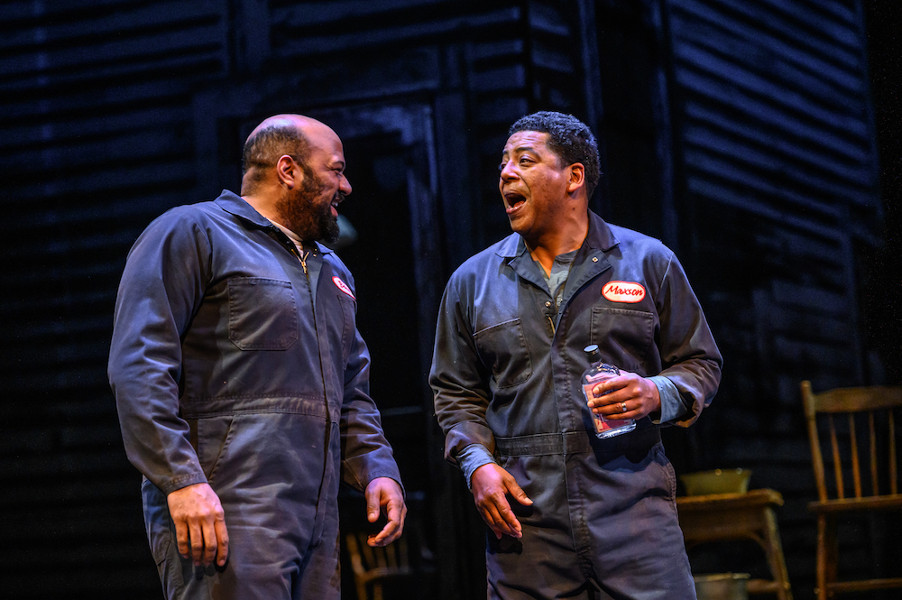 The complex plot unfolds over two balanced acts, the first revolving around father and son and the second around husband and wife.

As the title suggests, “Fences” is riddled with barriers: emotional walls between Troy and his family, racial divisions between black and white, and literal fences between imprisonment and freedom. Though some of these barriers are traversed, the play isn’t necessarily concerned with crossing the divisions it erects. Rather, it asks us to look closely at the barrier itself and our relation to it, regardless of what side of the fence we’re on. 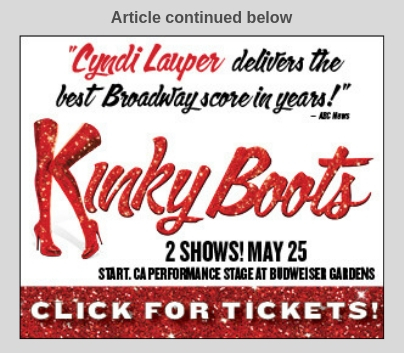 The play’s themes are heavy, but the production’s roster is more than up for the challenge.

Williams’s Troy was batting 500 on opening night. During critical scenes he held a meticulous balance between Troy’s pent up frustration and outward explosions of anger. Yet his occasional stumbling over lines and slipping in and out of accent erected a noticeable barrier between actor and character. For this reason, the dynamic between father and son, Cory, felt blocky and awkward at pivotal moments.

Nabea’s Cory captures the youthful, optimistic spirit that Troy has lost to time and experience. Nabea is true to Cory’s complexity as both soft-spoken and kind-hearted brother, but he remains a vehement advocate for his mother and himself.

As Rose, Stephens-Thompson is flawless. Though the men in the play tower over her physically, she commands every scene. Rose is a committed mother and wife, yet she is also a woman who refuses to weather her husband’s constant barrage of locker room talk at her expense. 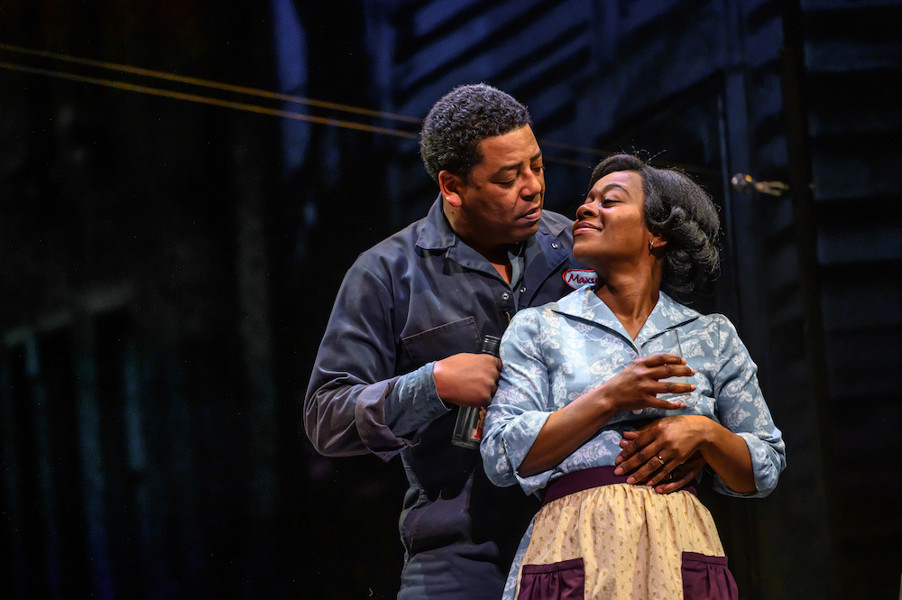 For me, though, the show’s MVP is Peter N. Bailey as Gabriel, Troy’s brother. Having taken a bullet to the head in World War II, Gabriel’s cognition is impaired; he believes he is the Archangel Gabriel and serves as Saint Peter’s right-hand man at the gates of Heaven. Bailey’s performance is moving; his actions are not overdone, and his dialogue is subtle yet heart-wrenching. He is not simply a tragic figure, though. Gabriel is insistent upon maintaining his independence while negotiating the many rifts between his family members. 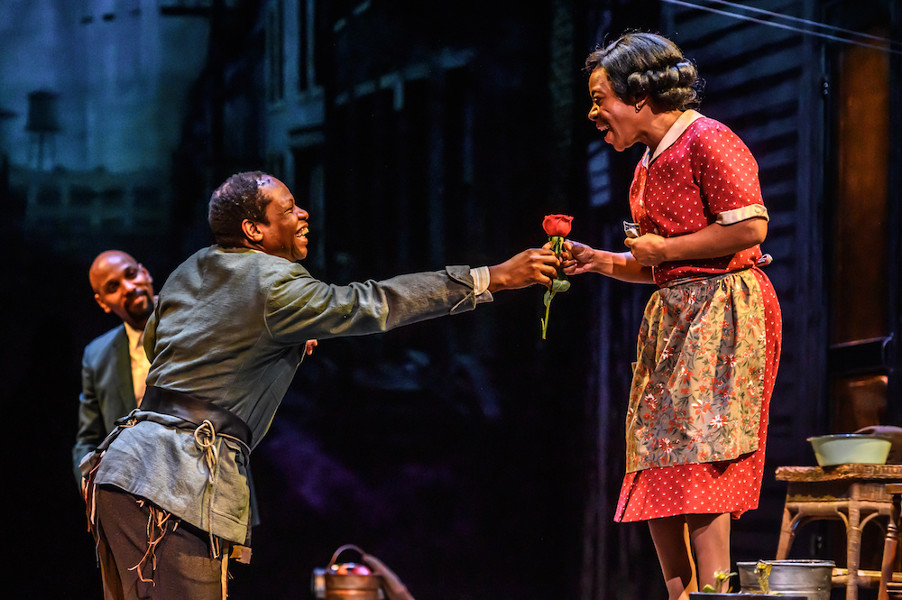 Alongside the stellar cast, the production team has created a stunningly simple world where “Fences” unfolds. Astrid Janson’s set is simple: a derelict house sits in a yard strewn with boards, a chair, and a baseball stringed to a pipe where Troy and Cory practice their swings. Costumes by Rachel Forbes bring the 1950s to life. During scene changes darkness engulfs the stage and the silence is broken by guitar riffs from Lyons’s (Christopher Bautista) guitar.

The play delivers a kind of polished grit that is unique, compelling, and as thought-provoking as it is emotionally moving. Through its intense focus on the barrier itself, “Fences” is an utterly profound examination of human relations.

Review: ‘Fences’ at the Grand 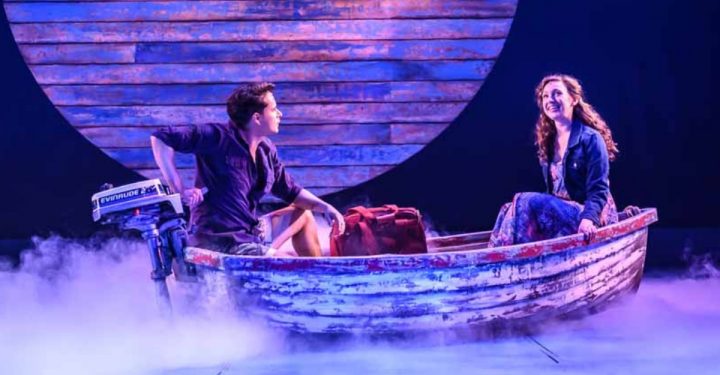