His acting chops notably improved from production to production and then he disappeared from the Festival stage.

The good news is he’s back on stage, acting in “A Few Good Men” at Theatre Aquarius in Hamilton. 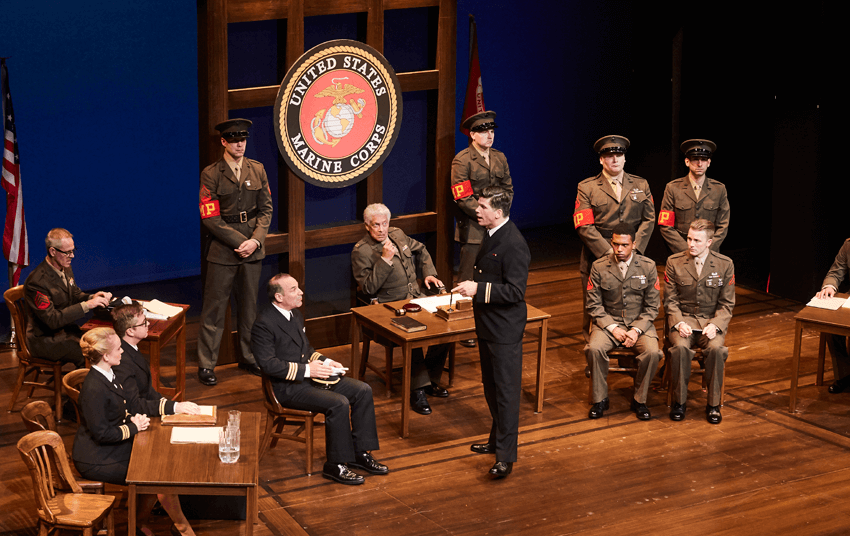 Conveniently located roughly 85 minutes from southwestern Ontario and Toronto, Theatre Aquarius is a manageable drive for actors and audiences, so the stellar cast assembled by director Ted Dykstra will be a draw for audiences from all over.

I had the opportunity to ask Shara a few questions about his return to the stage.

1) In the film “A Few Good Men” your character was played by Tom Cruise and it’s become an iconic portrayal. What advice can you give to emerging actors to help them approach a character so ensconced in pop culture?

I’ve seen the movie about 10 times and I will fully cop to having realized a few times during rehearsals that I was kind of being influenced by what I’d seen Tom Cruise do in it and had to almost consciously un-do it for the first few days. 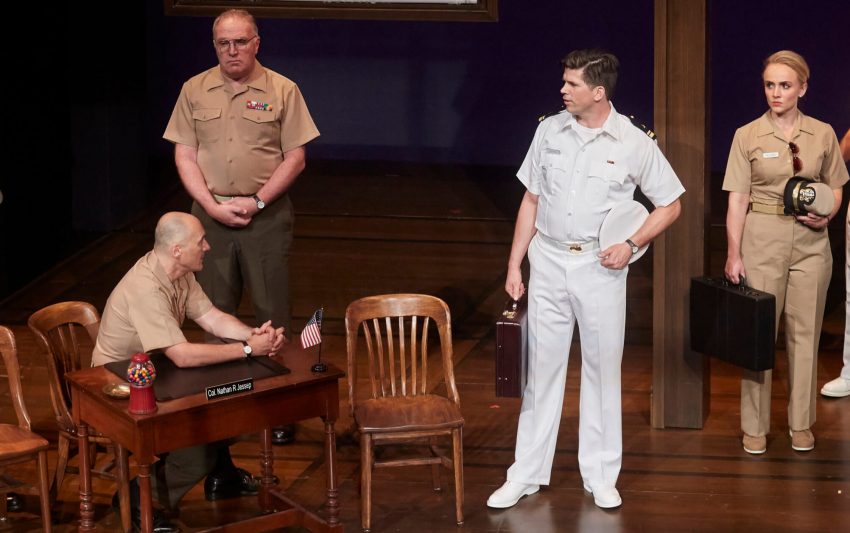 It became easier to make it my own as time wore on and I think the biggest reason for that is that I’m doing the show with totally different actors.

So, having done it the long/wrong way, my advice to a young actor would be to count on your fellow actors. The more you immerse yourself with them and what they’re giving you, the easier it will be to forget whatever pre-ordained notions you might have had.

2) Your character grows from an immature and privileged lawyer into a virtuous, and daring advocate. How does this character’s arc compare to other roles you’ve played?

It is kind of the chronicle of his evolution from a smart-ass, Peter Pan-type to a man who stands for something. Those stories appeal to me (and, audiences, I think), because we can recognize ourselves in them. I see a lot of myself in that sort of narrative.

The last few years have been like that for me personally. I’ve shed a LOT of nonsense, a lot of baggage and a lot of self-protective crap and it’s been a really challenging, but ultimately positive thing.

It’s not unlike Cornelius Hackl in the Matchmaker, though obviously the setting and circumstances are different.

3) Ted Dykstra is directing the production. What has been your experience working with him?

I knew who Ted was, of course, but we’d never really even met until this spring when we were on an episode of “Orphan Black” together and chatted a bit. This was our first real collaboration, though.

I love his style of directing.

He’s confident enough in his own work and in his actors that he never needs to pin a scene down to the point where it can’t continue to evolve and play differently each night. He’s not trying to chain his actors to a ‘set piece’ to just be parroted every night in the exact same way.

He wants us to explore the full range of things each scene might be and then allow room for all of those possibilities to bubble up each time it happens. 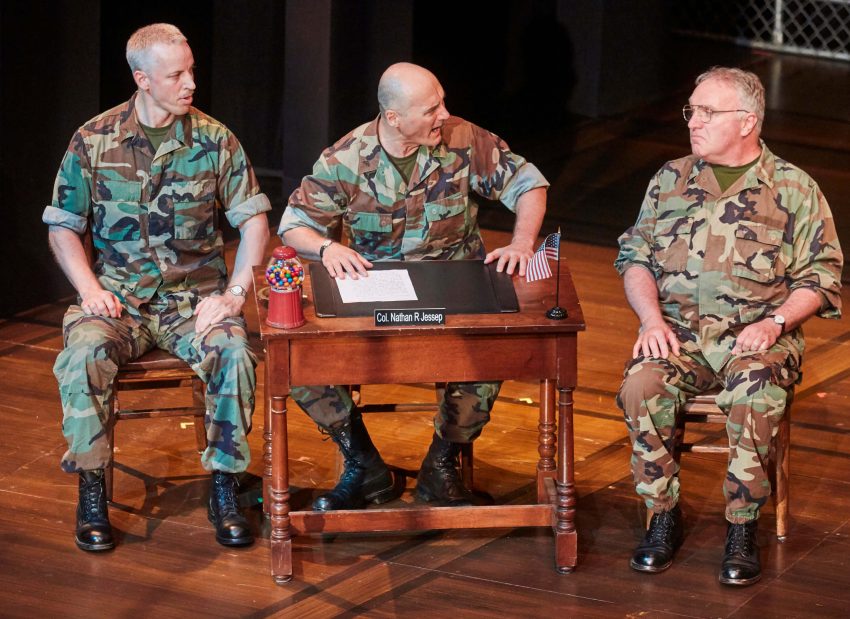 He also is smart enough to know that when a room is loose and fun it results in better work. We’ve all laughed ourselves silly at times during this process and we’ve also all worked our tails off.

Those two things do not have to be binary. In fact, they go together well. He knows its called a play for a reason and he’s got us all pulling on the same rope together.

I’m really glad to have had the chance to work with him.

4) Aaron Sorkin, who first wrote “A few Good Men” for the stage soon transitioned to writing for film and TV. You’ve been away from the stage for two years, working in film and TV.

What is it about Sorkin’s writing style that makes it so suited to TV and film?

This play, even though it was his first and pre-dates any of his tv/film stuff, is very film-like. Many scenes are less than a minute long and there are a lot of scene changes.

He can be tricky because by now we all think we know what Sorkin scripts are supposed to sound like. There’s an rhythm and an alacrity of thought and speech that they demand that’s very enjoyable when its done well and what I found challenging was to fight the instinct to go fast just for the sake of having the scenes sound ‘Sorkin-like’.

There’s a lot of meat on those bones, too, and the mistake is to just make it ‘sound’ clever without exploring what’s inside this stuff.

He’s very economical with his writing, which is why its so good for television and which is also very different from a lot of older plays that I used to do, but there’s just as much going on with Sorkin’s stuff.

Perhaps its just a bit more subtextual. I had to remind myself of that every time I started to try to ‘sound right’ – to remember to walk before I ran.

5) What is your favourite Sorkin script – A TV Series or Film.

That’s tough. I love “Moneyball.” I love “The Social Network” and this one, too. Honestly, my favourite is “Charlie Wilson’s War,” though. I love that story (it was a great book first), but I just love that film. Philip Seymour Hoffman is terrific and Tom Hanks is just a treat. I just smile through that entire movie. 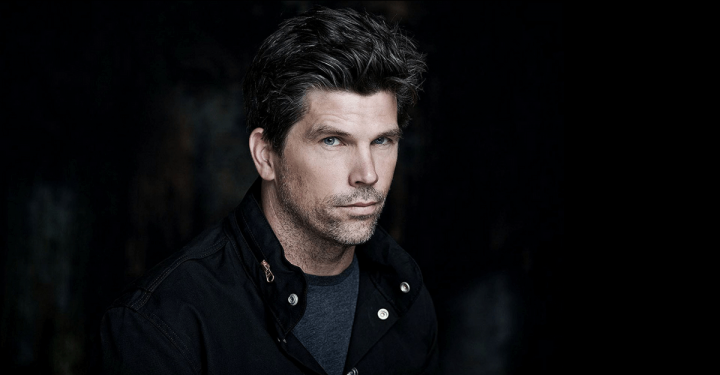