“Old Wives’ Tales” at Port Stanley Theatre may be about a mother and daughter relationship, but make no mistake – it’s no sappy chick flick.

The Kevin Riordan comedy is hitting the stage at Port Stanley Festival Theatre on July 8 for a 30 show run that wraps up on August 1. Put simply, the play is a no-holds barred examination of a mother-daughter relationship – complete with squabbles, sarcasm and unsolicited motherly advice.

Under the direction of Matthew Gorman, playgoers get a glimpse of the evolving connection between a parent and her adult daughter that’s replete with humour and memorable moments.

The Night Before the Daughter’s Wedding 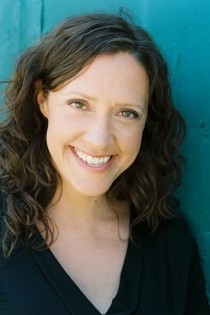 With a plot that spans decades, the mother and daughter duo, played by Sarah Gale and Madeleine Donohue respectively, is the glue that holds the play together. The women appear in three vignettes each highlighting a different stage in their lives – from the night before the daughter’s wedding, to the mother’s 50th birthday luncheon years later and finally re-writing the mother’s will after her husband passes away.

Though each vignette has a little something for everyone, Gorman said the second act is high-energy, full of laughs and likely to be an audience favourite.

“There’s a couple little surprise gags and things in there that I think are going to be what sticks out in a lot of peoples’ memories,” he said, adding it is a contrast to the third and final vignette in the play. 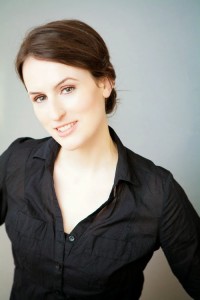 “The last scene when we are talking about wills and peoples’ legacies that things get a little closer to home,” said Gorman, adding the subdued subject matter doesn’t put a damper on the humorous relationship between the two. “The comedy just gets a bit less broad and fast-paced,” he said.

More than other plays, “Old Wives’ Tales” relies heavily on its characters to capture the audience’s attention. And with only three actors in the show, all eyes are on the two female leads. “They (the audience) gets a window into what that very specific kind of relationship is like… We really invite them in and make them a fourth character,” said Gorman.

The cast commands the audience with well-timed comedy and relatable scenes. The lone gentleman in the show, Mike Peterson, plays the all the male roles interspersed between the mother-daughter hijinks.

Though it is a comedy, “Old Wives’ Tales” strives to accomplish so much more than just mindless laughs. For Gorman, the production’s strength isn’t in flashy sets or jaw-dropping effects, but the simple emotional truth the actors and script convey. “It’s that journey that people are going to hopefully connect with,” said Gorman. “It’s not just the brush-off sit-com stuff, but real people growing and changing.”

The real-life feel of the play, coupled with its implicit focus on building a legacy are two features that immediately stood out to Gorman when he first read the script last fall. “It’s an awful lot of fun, the show. But then we have a few moments where we can step back from the noise and the panic and remember that we are all part of a larger thing,” said Gorman. “Those genuine, honest moments.”

Gorman, a Nova Scotia native who has lived in Toronto for over a decade, worked with the cast throughout the winter and spring to make “Old Wives’ Tales” a reality. He said the play is well suited for the Port Stanley Festival Theatre and requires specialized one-on-one attention that many big city theatres can’t accommodate.

“I think the show really benefits from the kind of focus that being in such a smaller, closer-knit place can bring,” said Gorman. “When you get the chance to leave the city behind for a little while and do some of this work it’s really a nice treat.”