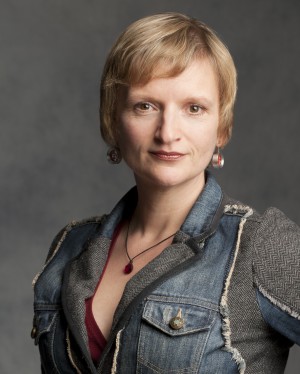 “Kate is a major figure in Canadian theatre, a leading actor, playwright and teacher, and someone who is in the vanguard of creating the Canadian Theatre of tomorrow,” said Shaw Festival Artistic Director Tim Carroll at today’s announcement.

“She has been a valued colleague and friend since we worked together on “Romeo and Juliet,” and I am utterly thrilled that she will be at my side as we plot the next steps in the evolution of this amazing company.”

Hennig is well-known to Shaw Festival audiences as an accomplished performer – she was a show-stopping Emma Goldman in the 2012 production of “Ragtime” and was last seen at the Festival in 2014 in “When We Are Married” and “A Lovely Day for Creve Coeur.”

Her adaptation of Oscar Wilde’s stories for young and old, “Wilde Tales,” will have its world premiere at the Court House Theatre in June.

This winter was a busy one for Hennig as her play “The Last Wife,” originally produced by the Stratford Festival, was on stage at Soulpepper, while Hennig was performing the role of Margaret Thatcher in the Mirvish production of “The Audience.”

This season the Stratford Festival is producing Hennig’s companion piece to “The Last Wife,” “The Virgin Trial.”

Hennig will replace Eda Holmes, who announced in February that she will be leaving to become the Artistic and Executive Director of Centaur Theatre in Montreal, QC in August.