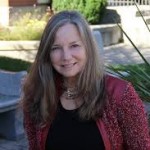 The Blyth Festival announced Marion de Vries’s contract as Artistic Director, which expires October 31, is not being renewed.

A search committee led by the Board of Directors will begin an immediate search for a new Artistic Director.

No reason was provided for the decision not to renew her contract.

Marion de Vries served only 1 year as Artistic Director at Blyth, following the departure of Eric Coates who stepped down after 10 years at the helm to take up a similar position with the Great Canadian Theatre Company in Ottawa.

In a press release issued today the festival said “During her tenure with Blyth, Ms. de Vries has contributed a great deal of energy and passion to the Festival and Canadian theatre. Her musical, Kitchen Radio, co-composed with David Archibald, was a critical and box office hit during Blyth’s artistically exciting and successful 40th season.”

De Vries is a director, playwright, dramaturge and producer. She is a former Artistic Director of Cahoots Theatre, and of Native Earth Performing Arts (interim). She holds a BFA Theatre from York University and a BES Honours Geography from University of Waterloo.