The Victoria Playhouse Petrolia, in Soutwestern Ontario recently announced that their 2014 season is selling the most advance tickets in over eight years. 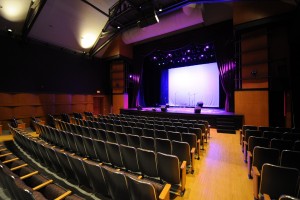 Petrolia bills itself as “Canada’s Victorian Oil Town” and is often credited with starting the oil industry in North America. Victoria Playhouse Petrolia is housed in historic Victoria Hall which is designated as a National Historic Site in Petrolia. The Playhouse is a 400 Seat state-of-the-art theatre.

The play quickly became a hit south of the border and due to overwhelming interest, two additional performances have already been added to the Playhouse run. 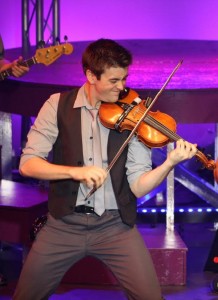 Next on the 2014 playbill is the hand-clapping, toe-tapping “Fiddler on the Loose 2,” starring fiddler
extraordinaire and Playhouse favourite, Jesse Grandmont.

Running from June 10 through 29, this show is a sequel to last year’s wildly popular ‘Fiddler on the Loose.’ Grandmont will be accompanied by the always popular Starbright Band and backed with new special guests including Jenn Kee, Gerrad Everard, Leah Grandmont and Bret Trampleasure. The show is guaranteed to raise the roof!

Running July 8 through the 27 is “Canada Sings.” 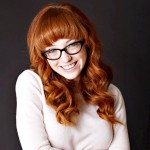 The show celebrates the music of our nation. It promises to leave audiences saying, “I didn’t know that song was Canadian!” The cast includes Londoner, Cassandra Hodgins, who won Canadian hearts by placing in the top five on the CBC television show “Over the Rainbow.”

From London’s West End to Broadway and Petrolia

The popular comedy “The Nerd” is onstage from August 12 to 24. “The Nerd” premiered in April 1981, and was produced successfully in London’s West End. It transferred to Broadway in 1987.

It’s centered around a man who is unexpectedly visited by someone he’s eternally gratefully to, but has never met. The stranger in question saved his life during the Vietnam War, but unfortunately he’s a socially inept house guest. Directing the play is Kelli Fox (Stratford and Shaw Festivals).

The play’s characters include and arrogant theater critic, that fans of this website, Stratford Festival Reviews, will no doubt enjoy.

September 2 through 13 brings an all new Elvis tribute “Everything Elvis.”

Unlike other Elvis tributes, the cast will not impersonate Elvis, instead, the performers will entertain audiences with their powerful voices, great arrangements, and stellar harmonies. 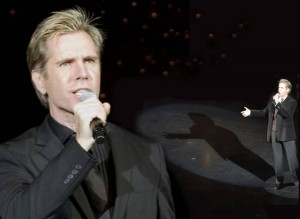 Regarded as one of Canada’s most accomplished leading men, Rogers brings his critically acclaimed show to the Playhouse from September 16 to 21. Paying tribute to songs from beloved musicals, such as “The Phantom of the Opera,” “Les Misérables,” “Camelot,” “Man of La Mancha” and more, this journey through song, laughter and romance is sure to leave audiences breathless as they dare to dream “The Impossible Dream” and relive “The Music of the Night.”

It’s a busy summer for Rogers, who is also appearing as Jean Valjean, in Drayton Entertainment’s production of Les Misérables.

Tickets to Victoria Playhouse Petrolia performances start at $33 and are available by telephone 1-800-717-7694 or online.
Check out the subscription packages to save.