With “The Taming of Shrew,” arguably Shakespeare’s most sexist and problematic work, on the Festival stage this year, the Stratford Festival cannot avoid a degree of scrutiny around gender equality. That this production, along with the three other Shakespearean works on the playbill this year, is directed by a man, is not a promising sign.

While, as Artistic Director Antoni Cimolino was proud to point out when I asked him about this issue in a recent interview, half of the Festival’s creative teams, on the whole, are women, it seems to me that some light needs to be thrown on the history of women directing Shakespeare at the Festival.

Over the past ten years, a grand total of 150 plays have been featured on the Stratford Festival playbill; of these, only 36 have been directed by women. This is hardly surprising given the gender gap in Canadian theatre. As the Globe and Mail recently highlighted, a new report found that women hold less than 35% of key creative roles in Canadian theatre.

Romayne Smith Fullerton, an associate professor who teaches about gender and media at the University of Western Ontario, said, “There is a lot of research that suggests it doesn’t matter if you teach students that equality is important and ‘right’ because if girls don’t see women doing the same jobs as men, and being successful at them, their lived experience does not match what we teach them. And lived experience trumps books every time.”

Stratford’s directorial record over the last ten years is 25% female, but the numbers for Shakespearean productions are even worse. Of the 43 plays by William Shakespeare performed at the Festival between 2005 and 2015, precisely three, or just under 7%, were directed by women.

Some may think this statistic irrelevant; if women are directing at the Festival, what does it matter if they are directing Shakespeare? But whether you think Shakespeare is relevant (which I happen to believe he is), he remains the most famous playwright in the world, and the main focus of the Stratford Festival.

The lack of women directing Shakespeare at Stratford suggests that Elizabeth Schafer’s argument, made in her 1998 book “Ms-Directing Shakespeare” that, “the more prestige attached to a production – be it by author, institution or theatre space – the less likely women directors are to gain access to it” is as true today as it was seventeen years ago.

Schafer’s highlighting of not only author, but institution and theatre space, raises another issue for the Festival. The Globe’s J. Kelly Nestruck recently pointed out that of ten past productions of “The Taming of the Shrew” in Stratford, only one was directed by a woman: Pamela Hawthorn’s 1979 production.

As Nestruck noted, Ms. Hawthorn’s was the only Shrew performed in the smaller, less prestigious Tom Patterson theatre, rather than the Festival Theatre. 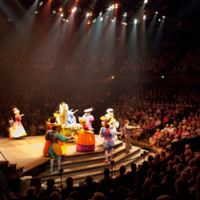 This problem is not confined to the Shrew; in the last ten years, only eight female-directed productions have been performed on the iconic Festival stage: six musicals led by Donna Feore, one Susan Schulman musical in 2005, and Marti Maraden’s 2008 “All’s Well That Ends Well.”

Stratford is certainly not alone in this regard.

At the Royal Shakespeare Company, for example, roughly 23% of the last ten years’ Shakespearean productions were directed by women (not a great record, even if it is much better than Stratford’s 7%). 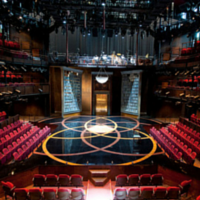 The lack of female artistic directors could be contributing to this problem; at high-profile, Shakespeare-focused organizations such as Stratford and the RSC, the reigning artistic director often chooses to direct the major Shakespeares himself (as Antoni Cimolino did with this year’s Hamlet). I say himself, because that director is almost never a women.

This is not to say that artistic directors are solely to blame for this problem. In fact, Mr. Cimolino’s record of hiring female directors is quite good (13 women over the last three years, as opposed to a total of eight over Des McAnuff’s four-year reign), and he shares the leadership of the Festival with Executive Director Anita Gaffney.

How is Jackie Maxwell doing at the Shaw Festival? 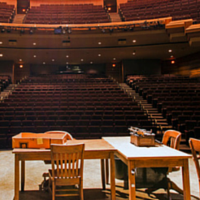 Nor can a female artistic director solve an engrained social problem. The nearby Shaw Festival, for example, has been led by Jackie Maxwell since 2003. Over the last ten years, 39% of plays by Shaw’s namesake have been directed by women, and this year’s playbill features six female-directed and four male-directed productions (including two directed by Ms. Maxwell).

But can you guess who’s directing on the main Festival stage?

I recognize, of course, that many factors are considered in choosing a director, and women and men alike want to be chosen for their talent and fit with the project, not their gender. I do, however, think it is worth noting how few women have had the opportunity to direct the Stratford Festival’s most high-profile playwright in its most high-profile space. Women are slightly more than half the population and, arguably, more than half of aspiring theatre professionals; their under-representation is not just an issue of fit or schedules (although these factors play a role, as Mr. Cimolino was quick to point out).

Shakespeare’s works continue to be performed, seen by thousands (including many young students), and analyzed. As Schafer noted back in 1998, not only are Shakespearean plays particularly high-profile (especially at a place like Stratford), but audiences’ familiarity with his works also leads to greater focus on the creative choices made by individual directors.

In a Canadian (and, I would argue, worldwide) theatre scene severely lacking in female creative leadership, female directors could benefit from the attention that main-stage Shakespearean productions receive.

As writer and director Stella Duffy commented in a Guardian article on women in theatre, large theatre companies should be actively leading the way in gender equality: “We have a responsibility to make the world a fairer place, and sometimes you have to do a little social engineering to make that happen.’”

On a more positive note, Antoni Cimolino has promised that next year’s playbill will feature a major Shakespeare, on the Festival stage, directed by a woman; here’s hoping that she becomes the second (yes, only the second) of many.

All the world’s a stage… and all the directors men?