Jaclyn Siegel plays the Beggar Woman, and we asked her a few questions about her approach the role. 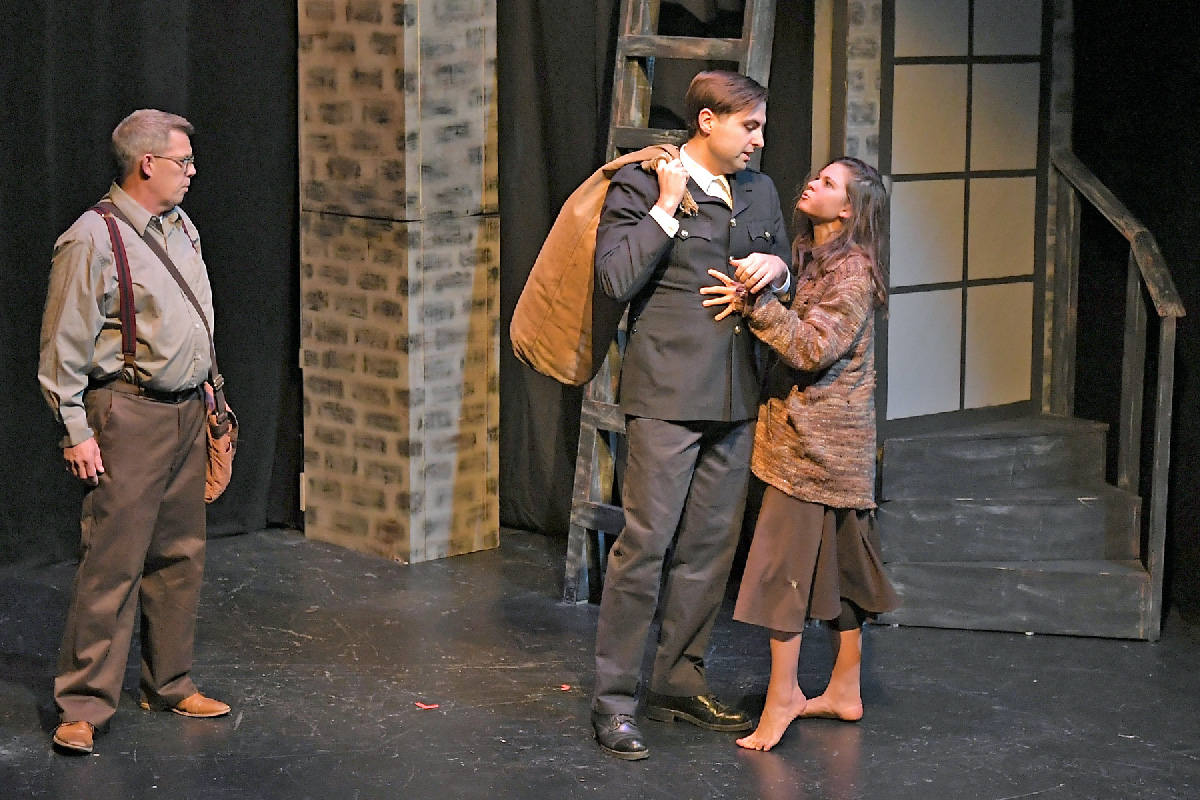 1) You joined this production in the middle of rehearsal – what was that like?

I had originally intended to audition for this production but I decided against it last minute. I am in the third year of my PhD, and I manage a psychology lab, so I worried that I would not be able to balance the demands of the show with my academic obligations.

I had all but forgotten about it when I received an email from the producer in mid-October asking if I would be willing to step in for the role of the Beggar Woman. I had to read the email (and pinch myself) a few times to assure that I understood what was being asked of me, but I was completely flattered and excited about the opportunity. 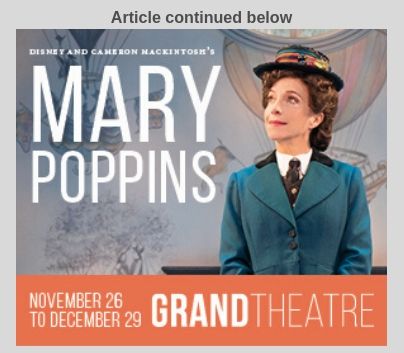 Admittedly, I was nervous about joining the cast halfway through the process. I was in a production of Sweeney a few years ago, so I was not concerned about learning the lines and music, but I was unsure how the experience would be socially.

The first few rehearsals are often a critical period for developing relationships and building connections, and I was afraid that my sudden presence would not be welcomed. I did feel a bit like an interloper for the first few rehearsals, but the cast and crew have been unbelievably supportive of my transition into this role, and I am so grateful for the kindness and compassion everyone has shown me.

I was also nervous about how I would squeeze rehearsals into my already-hectic schedule, but rehearsals quickly became the best part of my day. No matter how stressful work was, on days when I had a rehearsal, I got to spend 3-4 hours singing, dancing, and being my weird, wacky, and unprofessional self. Being involved in this show has been a wonderful experience… and a welcome reprieve from the intensity and drudgery of the PhD!

2) You’ve performed in “Sweeney Todd” before, can you tell me about how that experience differs from this one?

The last time I performed in Sweeney was in 2010, and the experience was quite different.

Everything about that production was spectacular – we performed to audiences of 800, and we really played up the gore. This production is much more intimate and character-focused. What I have loved about this style is that the multidimensional characters and intricate interconnections between them are not lost in the spectacle. I feel that I have learned more about the show and its messages in the past six weeks than I did in the six months I spent preparing and performing in the last show!

3) You study feminist identity for your PhD, how do you think your work impacts how you view the show?

As anyone in the cast will tell you, my research on feminist identity seeps into every interaction and experience I have. While the Beggar Woman is written as a comedic role, I have deliberately tried to understand the character from a place of radical compassion.

Between sexual assault, a suicide attempt, mental illness, homelessness, and survival sex work, there is very little that is humorous about the character or her experiences, many of which are not uncommon for women. Out of my desire to humanize her, from very first rehearsal, I refused to allow the Beggar Woman to become a caricature. This posed many challenges for Hailey (the director) and me, and we had to meet individually on several occasions to work through my dissonance about the way the character is written.

I do hope that I have done her justice. 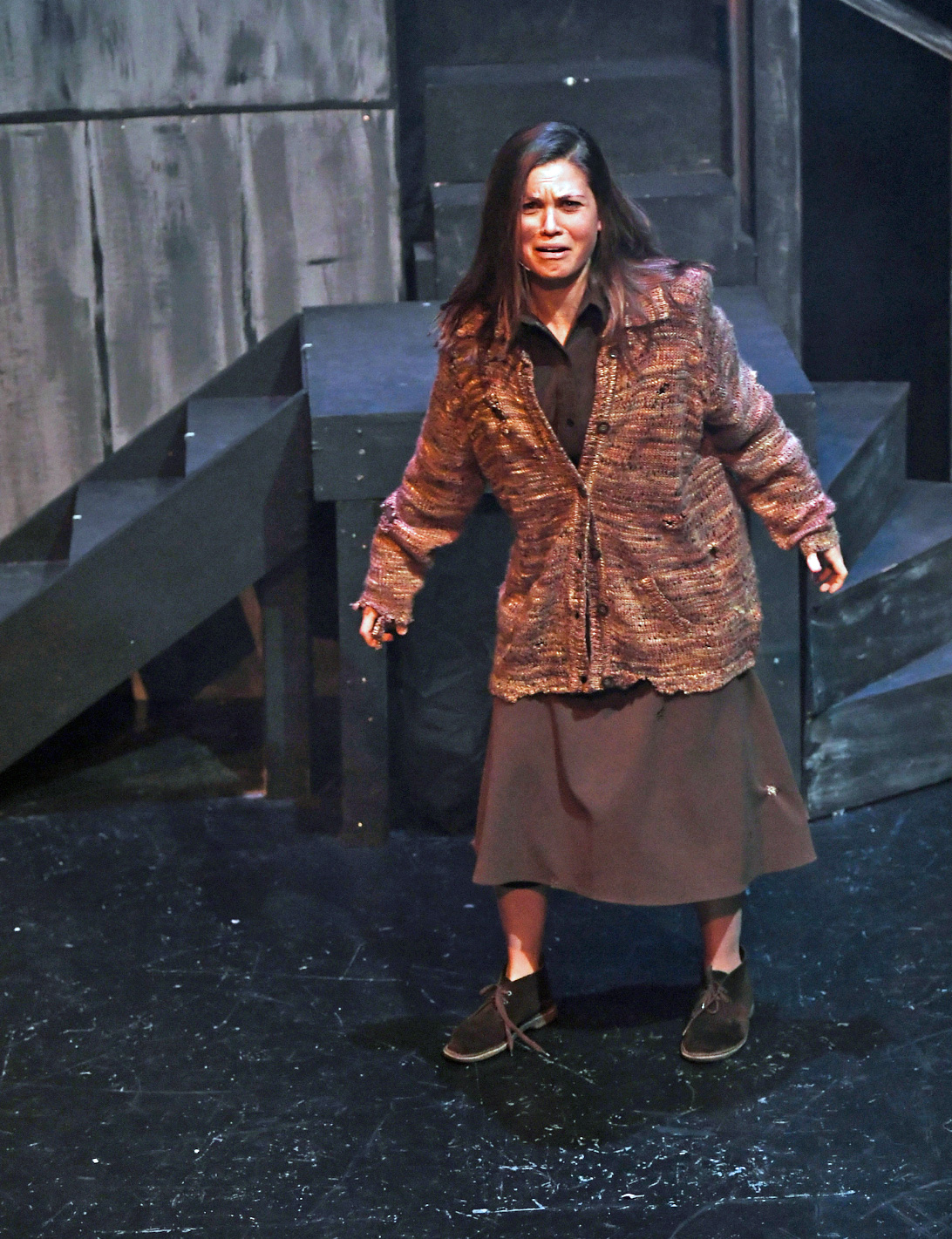 Outside of my own role, it is quite striking to think about the show from a feminist perspective. In social psychology, we study sexist attitudes through the lens of Ambivalent Sexism theory, which suggests that prejudice against women has both overtly hostile and subtle benevolent components, both of which fundamentally reinforce and bolster the gender status quo.

In the context of the show, antipathy toward the Beggar Woman would fall into the “hostile sexist” category: she is objectified, dehumanized, and treated as disposable every time she steps on stage. Sexist attitudes toward Johanna, on the other hand, would be characterized as “benevolent”. Benevolent sexism comprises three distinct components: 1) Protective paternalism (e.g., women must be shielded from the evils of this world).
2) (Compulsory) heterosexual intimacy (e.g., women are incomplete without the love of a man).
3) Complementary gender differentiation (e.g., women are special creatures with a refined sense of moral virtue).

As evidenced throughout this show, the pedestals upon which women are placed often become cages from which they cannot escape, and when women fail or refuse to adhere to expectations associated with the female gender role, benevolent sexist attitudes quickly turn hostile. If anyone reading this wants to learn more about this subject, I highly recommend Peter Glick and Susan Fiske’s original (1996) paper on the subject or Kate Manne’s (2017) book “Down Girl: The Logic of Misogyny.”

4) Is there a particular ritual you have before a performance?

I am not superstitious, and I don’t have a specific pre-show ritual. That said, I have really bad stage fright, and there are parts of this show that are terrifying for me.

During one of our dress rehearsals, I actually had a panic attack shortly after coming offstage, and since then, I have been really conscious about managing my anxiety before and during performances. I (try to) limit my caffeine intake, and I always bring work to do in the dressing room so I can get my mind off of my fears! The cast and crew have also been really great about helping me stay calm backstage and in the wings.

5) You’ve performed with Musical Theatre Productions before, but this is your first time with Allswell Productions. What has working within this co-production been like as an actor?

I have really enjoyed my experience working with Allswell and Musical Theatre Productions. My past experience with MTP was only in the context of a cabaret, but being in a full production has been wonderful.

I will admit that I had my reservations about becoming involved with a show in which the entire production team was my age or younger, but I everything about it has been organized and professional. Hailey Hill, our director, has been uncommonly sensitive and respectful to us actors, and I have enjoyed every minute!

From each pair below pick one:

Neither?
Is neither an appropriate answer?

While I can wrap my head around the motivations behind their actions, it’s quite hard to choose between a serial killer and the woman who encouraged and knowingly supported the murderous rampage. Of course, Sweeney and Lovett are the protagonists of the show, but I’m going to vote third party and write in the victims: Tobias, the Beggar Woman, etc.

I find that the characters Sondheim creates are multidimensional and dynamic, and the artistry of his work is simply incredible. During my time at Villanova University, I was in another Sondheim show (“Merrily We Roll Along”), and I learned to appreciate the subtle, intricate details embedded within his work.

I often enjoy plays, but I really appreciate the additional artistry of song and dance. There are moments when spoken word fails to capture the shades and colors of emotional moments. When music, lyrics, and movement are added to the mix, however, the intensity of the characters’ experiences is amplified and communicated in multiple modalities. 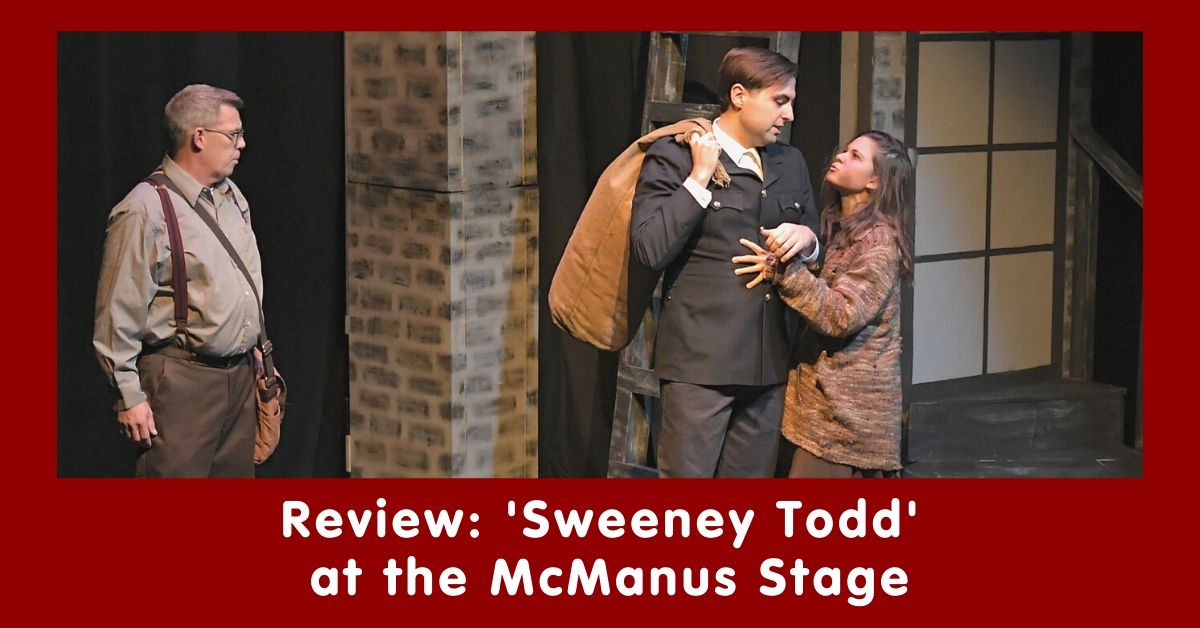 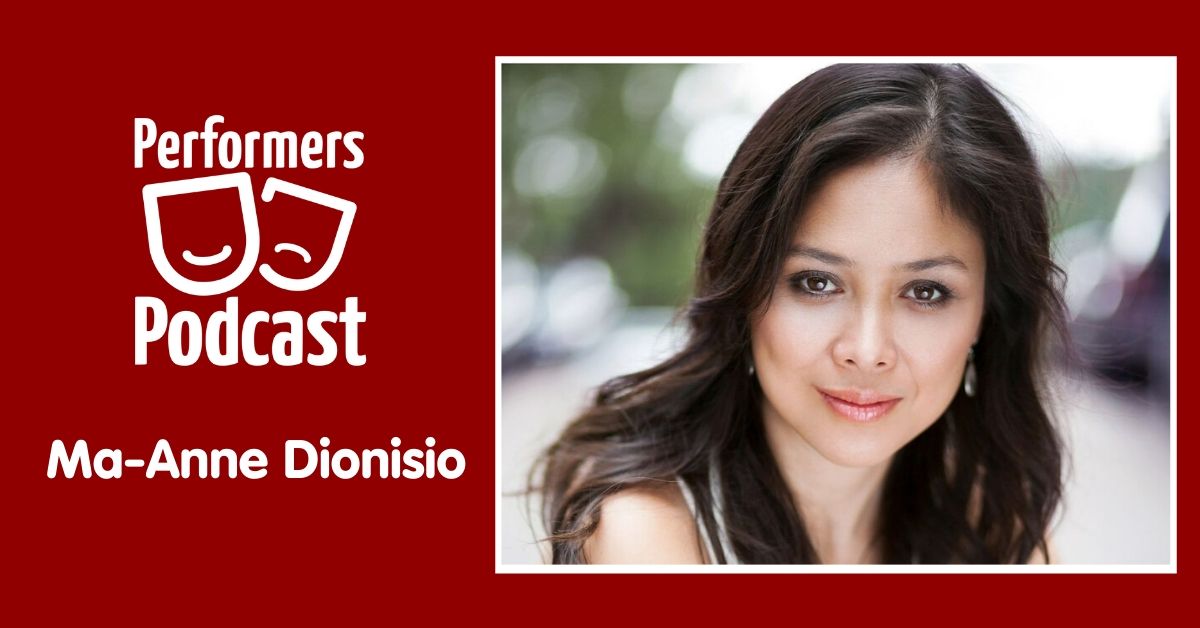 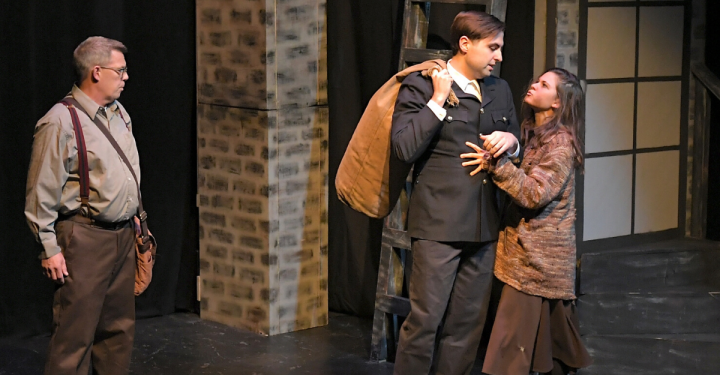 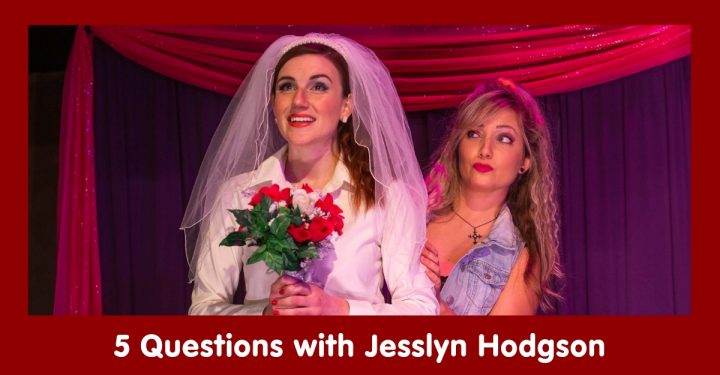 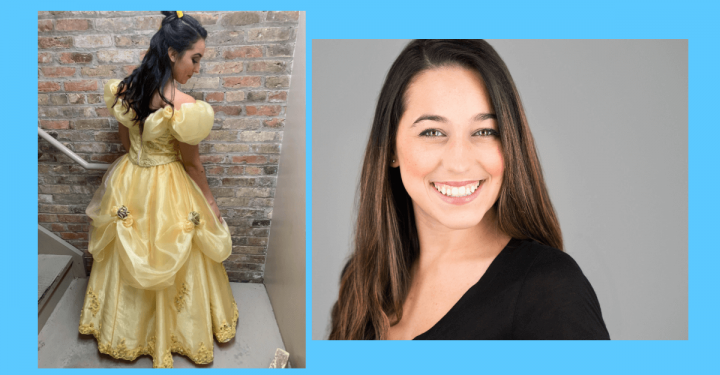