The hero. In our jaded 21st Century world do we even believe in the classical ideal of the hero? Even if one does believe in the hero, one would be loathed to try to get a group consensus on what constitutes a hero.

“Chariots of Fire” presents two very different version of the hero archetype. Harold Abrahams is a first generation Britain who, despite prejudice, teams with the great coach Sam Mussabini, to perfect his athletic skills through hard work. Then there is Eric Liddell, born to Scottish missionary parents in China, who as if by prophecy becomes a national sports star. 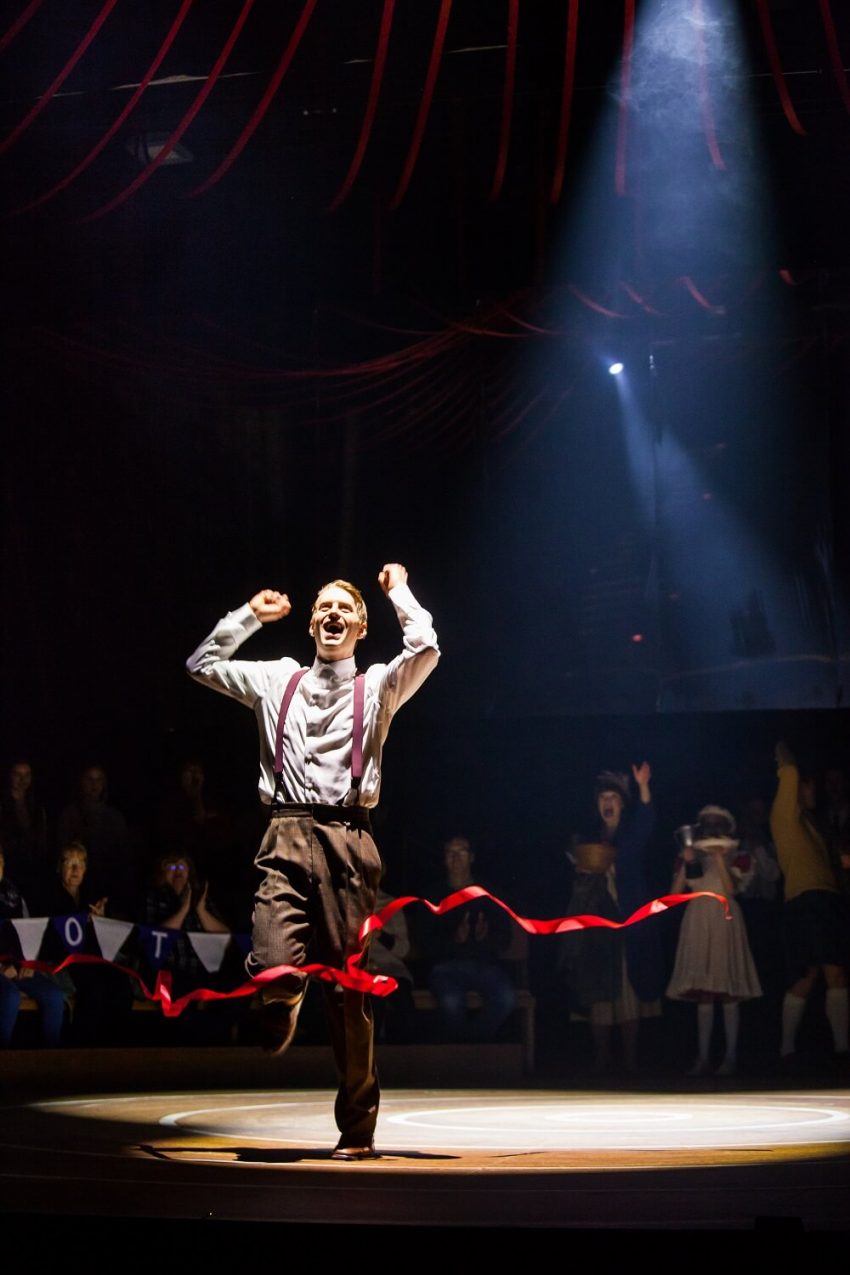 When you hear the famous bars to Vangelis’ theme from the film “Chariots of Fire,” winner of the 1982 Best Picture Oscar award, you instantly picture the 1924 United Kingdom running team racing with great strength along the beach. But when I revisited the film, in preparation for seeing the North American premiere at Grand Theatre (April 17 to May 5), I was struck by something else. In the first portion of the film, the viewer is confronted with images of physical injury.

The story begins in 1920, in the opening, in the background are many men suffering debilitating injuries they received in the Great War. An early scene shows two rail porters, both with war wounds, carrying two young athletes’ bags as they head off to Cambridge. “That’s what we fought the bleeding war for. Give shits like them a decent education,” says the one porter to the other.

Along with bitterness and jealousy, there is a great deal of hope placed on the young generation that makes up the running team in “Chariots of Fire.” They are part of the lost generation, the generation that grew up during World War One but was largely was too young to serve. Their defining moment therefore isn’t the war but rather competitive sport. Those two rail porters, World War One veterans both, crossed the English Channel in wars ships, to fight in the trenches. Only six years later the United Kingdom running team crosses on a luxury cruise liner to compete in the 1924 Olympics in France.

Societies for millennia have held an idolization of the young. It is an idolization that can verge on the sacrificial offering. A young generation is celebrated for its rite of passage moment. Depending on the lottery of time, that rite of passage may be a war, or it may be a sport. Whether it is war or sport, many trappings are same: training, travelling, defeating adversaries, destroying enemies, medals and parades. The main difference is in the actual event.

And then there are the heroes. War and sport are both manufactures of heroes. In “Chariots of Fire” the audience encounters two very different kinds of heroes. We have the first generation Britain Harold Abrahams and the national treasure Eric Liddell.

He is Tolerated in Society More Than Accepted by it

Abrahams, the first generation Britain, is a self-made hero. He is the son of a Jewish immigrant, and it is made clear that he is tolerated in society more than accepted by it. He enlists a coach, Sam Mussabini, to train him to become a great runner. Abraham dispels the myth of innate ability. To be good at anything involves collaboration and work.

This is in contrast to Eric Liddell. Liddell is a Scotsman as Scot as they come. He is the product of Britain. He is celebrated nationally for his seemingly innate ability. He believes his athletic talents are given by God. Famously in the story, Liddell refuses to run on a Sunday due to his deep religious convictions (his parents were missionaries in China, where Liddell himself was born). One of the committee members praises Liddell’s commitment to his principles. He suggests that Liddell’s athletic prowess is an extension of his moral compass.

The contrast between Liddell and Abrahams, seems particularly relevant when looking at a post-Brexit Britain. The authority figures in “Chariots of Fire” suggest that Abrahams’ skill is achieved through dishonest means and discount his athletic prowess. In a particularly anti-Semitic moment, the Master of Caius College suggests that Abrahams got into Cambridge only because his father is a financier and must have given money to the school. This example of prejudice in the UK and Commonwealth countries was recently revealed again when Brexit occurred: some people don’t truly belong.

In another moment the Masters of both Caius and Trinity College challenge Abrahams for using a personal coach, Sam Mussabini. They suggest that this practice is dishonest, that Abrahams should stay true to his natural ability and not try to improve. They are even more upset to hear that Mussabini is of Italian and Arabic descent. Yet again there appears that xenophobic edge towards British citizens whose lineage is clearly from somewhere else.

Both young heroes are equal citizens of their country. The ideologies that try to reject the one as “other,” those ideologies are antithetical to the ideas of greatness that “Chariots of Fire” and the Olympics celebrate.

On the surface “Chariots of Fire” appears to be a story about athleticism. But through the lens of sport, it provokes questions on citizenship, prejudice and heroism.

The Grand’s Chariots of Fire: Two kinds of heroes 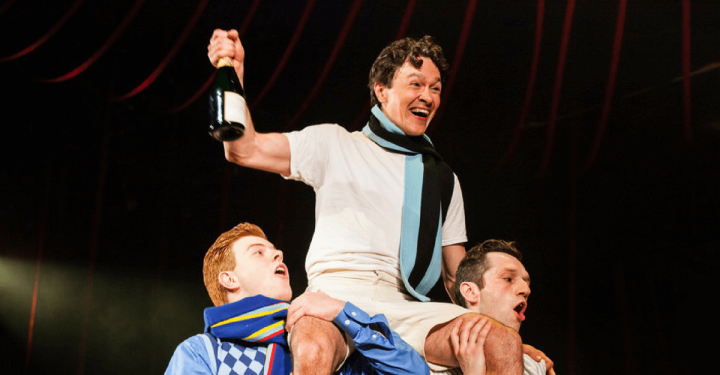 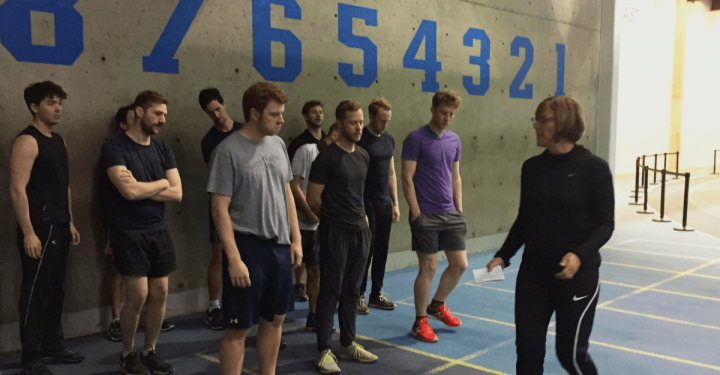