Last weekend, I attended the Postmarginal symposium curated by Natalie Alvarez and Ric Knowles at Modern Times Theatre Company. For just over two days artists, culture workers, reviewers and academics gathered to talk about how we might move beyond what we might call the “comfortable normal” of staging cultural difference in Canada: telling stories “about” difference without necessarily practicing an ethics of difference, of cross- or intercultural encounter, in fulsome ways in rehearsal or in performance.

The symposium began from the rich premise – in the words of the always-formidable Donna-Michelle St. Bernard – that diversity is A Good Thing, so let’s move on already!

That is, let’s stop showcasing diversity as though its value needs constant proving, and start living diversity as a given cultural practice, at our theatres as in our communities.

I brought this compelling polemic – and all of the significant challenges it embeds – with me to see multiple Dora award-winning playwright and actor Anusree Roy’s “Little Pretty and the Exceptional” at Factory Theatre. (Roy will be appearing again at Stratford this summer, in her second season with the Festival.)

I also brought a friend with me.

“Little Pretty” charts a couple of weeks in the life of Dilpreet Singh and his two daughters as they prepare to open a women’s fashion shop on Gerrard Street East. 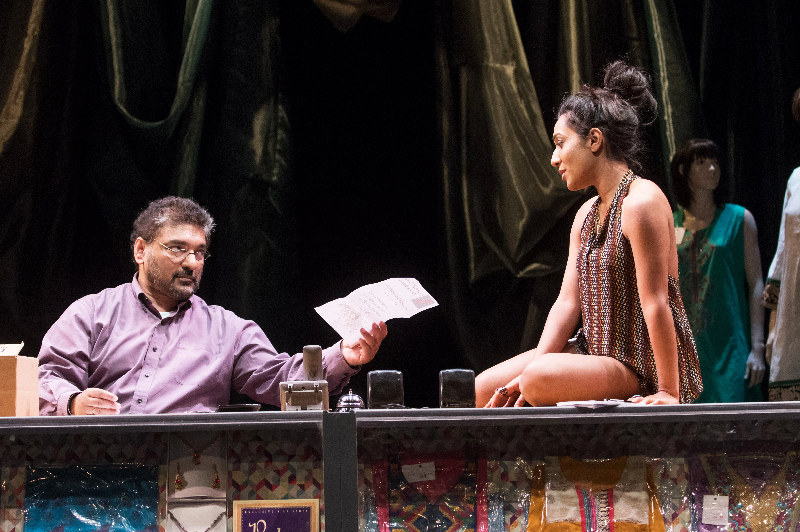 Dilpreet has worked his whole life for this shot at independence as an entrepreneur, while raising his daughters alone; Jasmeet is about to graduate high school and is much stronger and smarter than the airhead fashionista role she’s known for playing around the house.

Simran wants desperately to get into Osgoode law school; she also suffers from an undiagnosed mental health problem (the program indicates it’s schizophrenia). When she receives her LSAT score (a low 82nd percentile) along with an ill-timed gift from her dad (her dead mother’s watch), she is triggered, and begins to spin out of control. 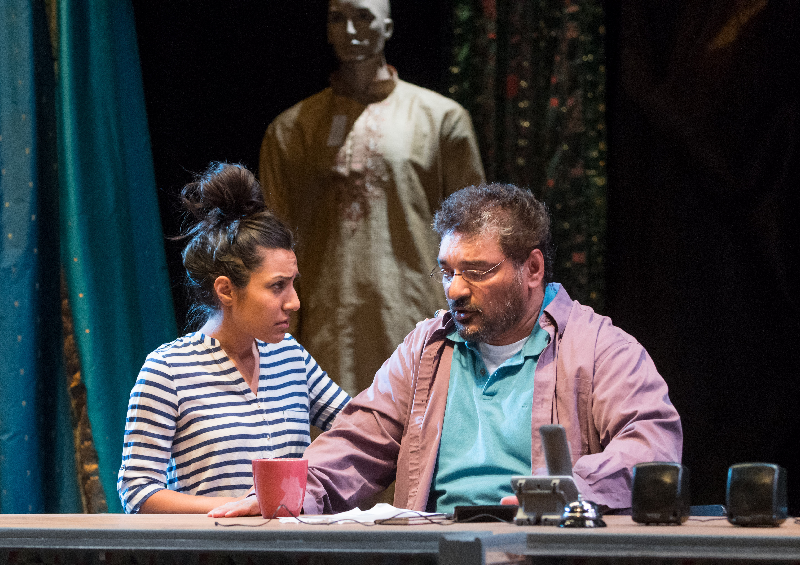 On paper, this piece is doing everything we might expect from Factory’s current season, “Beyond the Great White North.” It marries a diasporic family’s story, complete with familiar touch points for dominant-culture audiences, to some really challenging material about the impact of mental health crises on families.

It tries, as Factory’s Artistic Director Nina Aquino writes in her program note, to move away from stereotype and toward empathy, compassion, and deference.

The acting is uniformly strong, with Shruti Kothari’s Jasmeet a standout and Sugith Varughese bringing incredible depth to Dilpreet in the second act, after a somewhat uneven start.

But the script feels – as Karen Fricker also noted in the Toronto Star – like two plays mashed awkwardly into one: an all-too-typical immigrant family comedy tacked onto a drama about mental health and wellness, albeit one that Roy’s playwright’s note, alongside her recent essay in Intermission magazine, reveals is bravely autobiographical.

At the half I turned to D. and asked him for his impressions.

What’s new here? He asked me.

We’ve seen all of this before: a broad-strokes, in many places still-stereotyped Punjabi family; the outward signs of mental illness; saris and Bollywood sounds layered in. 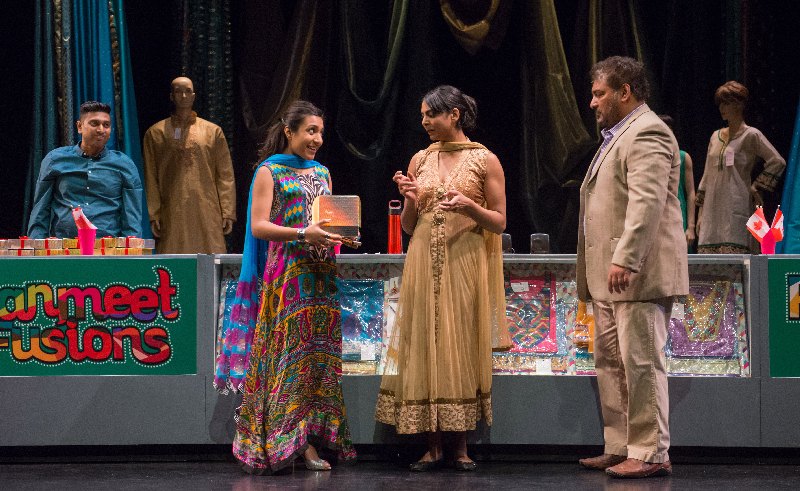 D. then asked me another, even more incisive question: what exactly is this play trying to do? Who is it speaking to?

Even though D. had not been to the theatre in Canada before, he almost instantly recognized in “Little Pretty” the codes that we’ve been using to represent “ethnic other” to so-called mainstream/dominant culture audiences for the better part of four decades now.

D. also recognized the gap between what intercultural arts workers say we want to do – challenge audiences to move beyond “diversity: a good thing!” so we can begin to experience the genuine difficulties living interculturally means for human beings across race, gender, and ability spectrums – and what we’re still achieving in practice, more often than not.

Of course, this gap is circumstantial, as well as material.

In the Star Fricker compared “Little Pretty’s” family comedy plot to “Kim’s Convenience,” a clear reminder that moving beyond stereotype toward an ethic of diversity-in-practice, while also trying to attract theatregoer dollars, remains arguably the greatest challenge for intercultural practitioners in Canada.

But it also doesn’t mean we might not be ready to move a bit further on down the road. D. and I argued all the way home about what “Little Pretty” might have looked like, had it not looked like what we saw. I offered context about the challenges of staging difference in mainstream Canadian venues; D. pushed back from the perspective of a diasporic, fee-paying spectator with a more complex experience of difference than that on offer on stage.

Eventually I asked him: if this story had been told without the sari storefront packaging, the obvious markers of “Indianness” all over it, and had focused simply on a family coping with a daughter’s breakdown – where that family just happened to be Punjabi – would that have been preferable for you?

I’m well aware that this is one of the many, many traps Roy is navigating with this show – and I have nothing but respect for the conflicts this struggle creates on the page, in the rehearsal hall, in front of audiences.

What would “Little Pretty and the Exceptional” have looked like without the outward signs of salad-bar multiculturalism, without the feel-good factor that signals to settler-colonial audiences: “hey! This story is for you! It’s heavy but we’re not scary! Come on in and be comfortable”?

I’m not saying that’s the play Roy should have written – because the one she did write makes a critically significant contribution to our theatre ecology in its very double-consciousness, in its staging of the struggle between “authenticity” and its performance that Canadian practitioners working across difference are living every day.

But I am saying that this other play – the one about a brown-skinned family in Toronto struggling with mental illness, full stop; the one that might not make all audiences comfortable, or be accessible to everyone all the time – is where we maybe go next.

Let’s tell our audiences we expect more of them; let’s tell them we think they’re ready. 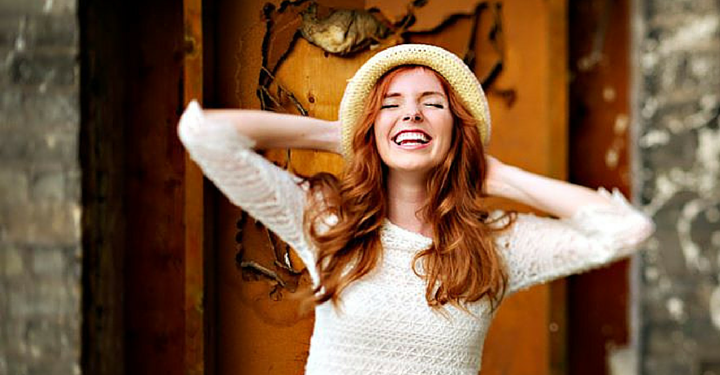 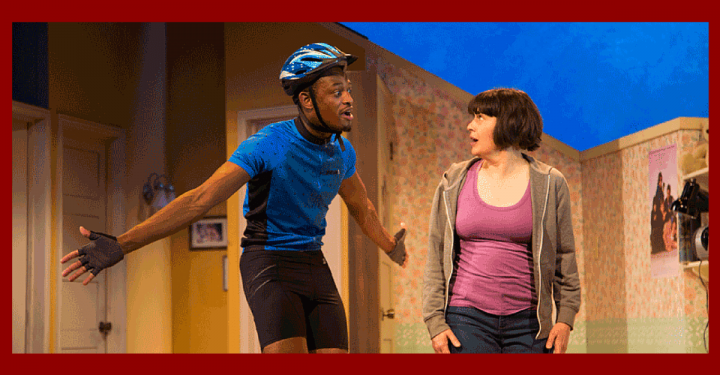