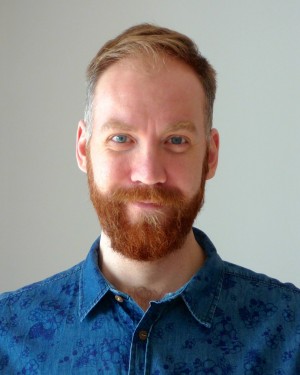 This spring, a friend and fellow playwright asked if I’d like to go for a drink with her and talk shop. She had just premiered a new play at an established Toronto theatre and I was weeks away from starting rehearsals for the premiere of my new play, “The Birds and the Bees,” at the Blyth Festival. We both needed a beer…so off we went to some hipster watering hole in our Toronto neighbourhood.

During our conversation, she asked me: “Do you think about the audience when you write? Do you have an idea of who they are? Do you keep them in mind while you work?”

I answered, “Yes. Absolutely. I think about the audience all the time. Obsessively.”

My first play, “Stag and Doe,” premiered at Blyth in 2014 and my second play, “Bed and Breakfast,” premiered at Thousand Islands Playhouse in 2015. “The Birds and the Bees” makes three. In addition to all premiering in small town Ontario, the one things these plays have in common is that’s also where they all take place.

This is not to say that these plays can only be enjoyed in small communities.

“Stag and Doe” had a great run at Neptune Theatre in Halifax this winter; “The Birds and the Bees” will play at Winnipeg’s Prairie Theatre Exchange next spring; “Bed and Breakfast” is in next season’s line up at Centaur Theatre in Montreal.

But like Neil Simon setting his plays in New York or Athol Fugard setting his in South Africa, my hope is that by focussing on a very specific place, time, and culture—in this case, small town Ontario—I’ll be able to reach a wider audience and explore more universal themes. 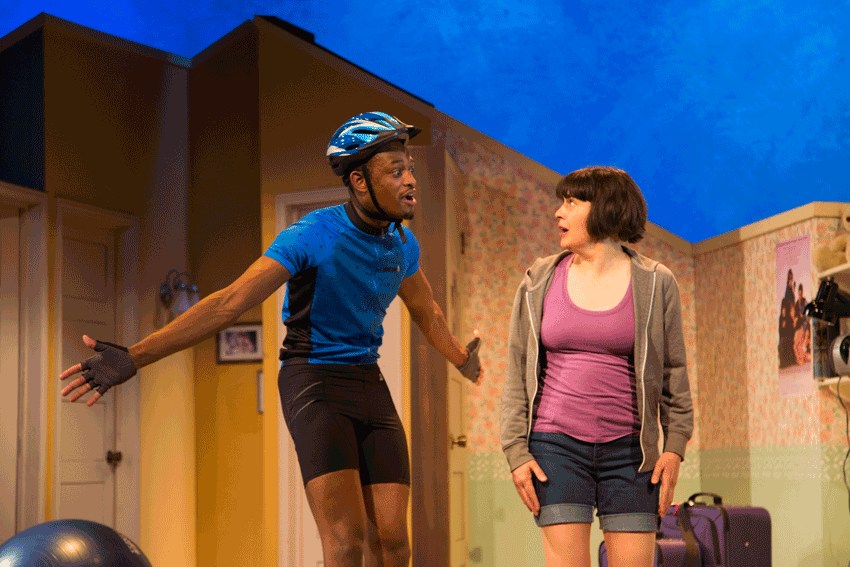 Christopher Allen and Marion Day in The Birds and the Bees

The old saying goes: write what you know. None of my plays is autobiographical, but the setting and its inhabitants are very familiar to me. I grew up on a farm in Southwestern Ontario. I’ve worked as an actor at theatres around the province and across the country. I’ve seen lots of plays in places I had to rent a car to get to. And I think I can fairly say, I’ve paid attention to those audiences.

Now don’t get me wrong: rural or regional audiences are not one big homogenous group; there is diversity of all kinds among those audiences. Nor do I mean to say that the audiences are identical from theatre to theatre. But in another recent chat with another colleague, he said, “In my experience with audiences, there is Toronto…and then there is the rest of Canada.” Of course that’s an oversimplification, but I think what he meant was: the people who go to the theatre across this country, regardless of where they live or which theatre they attend, have a lot in common with each other.

I worked on “The Birds and the Bees” as Playwright-in-Residence at the Blyth Festival.

If you don’t know Blyth, it’s a 400+ seat theatre in a town of 1000 people, now in its 42nd season of producing exclusively Canadian plays. This season is comprised entirely of world premieres. The goal is to speak directly to that audience, but not only to that audience. I’ve taken care to avoid local references, in-jokes, or anything that could exclude audience members who aren’t Blyth regulars. But in the great tradition of the Blyth Fesival, The Birds and the Bees takes place in a world that audience can recognize as their own.

Another reason I obsess about the audience is that the plays I’ve written so far are comedies. The plays are crafted to elicit laughter…and if that’s not happening, I haven’t done my job. In the case of “The Birds and the Bees,” it’s a comedy about…the birds and the bees. Both literally and figuratively. Literally because one character is a beekeeper and one is a turkey farmer. (Birds and bees—get it?) But figuratively because, yeah, there’s plenty of sex.

Even the idea to write a “sex comedy” came from observing how much pleasure audiences derive from witnessing the folly of people getting laid. But many of the “sex comedies” I’ve seen have left me unsatisfied. Sure, there were often plenty of laughs, but there was usually very little sex.

Many of these plays were often set in a posh London flat or fancy French chalet, and were populated by characters I couldn’t really relate to. I had this idea that if I was going to write a good, funny, racy, smart, sexy comedy, I should set it on modern Canadian farm.

This rural setting allowed me to ground everything in a specific reality and to give the play somewhere to go that wasn’t door-slamming farce. (Nothing against a good door-slamming farce—that’s just not the play I wrote.) By setting the play on a farm, I was able to explore bigger ideas: connection, reproduction, and our desire (and inability) to control the chaotic, random, natural world. Yeah, there are some LOL jokes about the artificial insemination of turkeys, but The Birds and the Bees is ultimately a play about what happens when life doesn’t go according to plan. It’s also a play about love…and it doesn’t get much more universal than that! 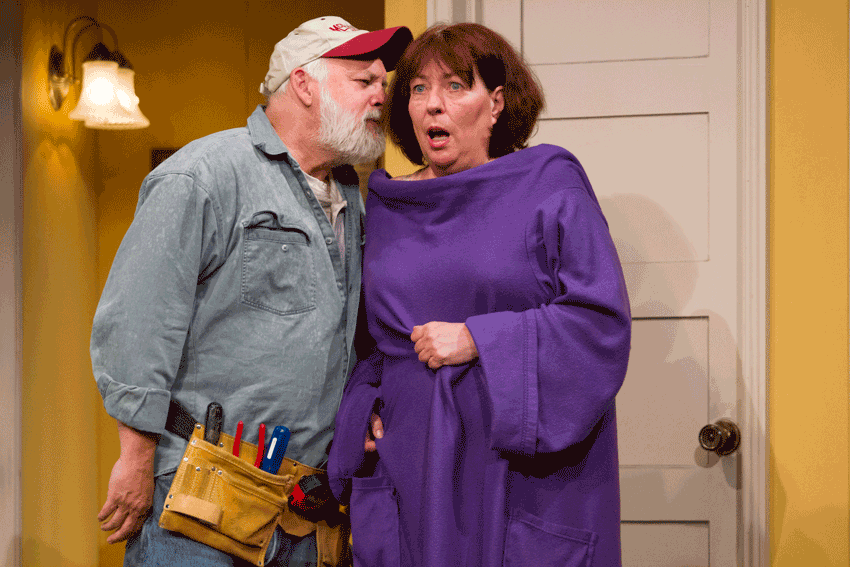 John Dolan and Nora McLellan in The Birds and the Bees

In keeping with this “reflect the audience on stage” idea, I took a good look at audiences everywhere I went. It’s not hard to see that they are usually made up of more women than men, and a large amount of those women are over the age of fifty. So I had this idea I should write a central role for a woman that age…and if characters were going to do the deed in this play, this one would too. I thought, “How exciting would it be for all those female audience members in their sixties to see someone like them on stage as a romantic (and sexual) lead?”

At Blyth, we’re so fortunate to have this character, Gail, played by the wonderful Nora McLellan. On the night of our first preview, there was a group of United Church Women in the house—all probably the same age or older than Gail. The UCW gals screamed with laughter and hooted and hollered at the sexual shenanigans. They weren’t phased by the amount of flesh on stage…in fact, I think they loved it. (Thanks, United Church!) Being the first preview, I sat at the back of the house and breathed a huge sigh of relief: “This audience connects to this. They see themselves up there. Maybe I’ve actually done my job.”

Back at the hipster bar, after asking her big question about audiences, my friend the playwright admitted she had trouble identifying who the audience for her most recent play was. She had a clear idea in her head of who she was writing for, but she wasn’t sure that those were the people who came to that Toronto theatre to see it.

Once again, I felt lucky to have a clear picture of my intended audience—and even luckier still to have those people buy tickets and come see my work. And I’m super-extra-special-lucky that Artistic Directors at other companies have read my plays and thought, “Yes, this will resonate with our audience too.”

As I continue to write, my intended audience will undoubtedly change. Not only will I write for different groups of people, but the people who make up those groups will change. My next play, “Boys, Girls, and Other Mythological Creatures,” is for kids in Kindergarten to Grade Three; it will be produced by Carousel Players next season.

Regardless of what theatre or what play they’re going to, I love audiences. Anyone who chooses to leave the house and see a play is my kind of person. I am inspired by audiences, challenged by them, I write to serve them, I strive to always keep them in mind, and most of all, I hope they keep coming… If you’re an audience member, thank you. And see you at the theatre!

Details, Details
“The Birds and the Bees” with Nora McLellan, John Dolan, Marion Day and Christopher Allen runs until August 6.
For more information and tickets click here for the Blyth Festival.
Call the box office: 1-877-862-5984

Do you think about the audience when you write? 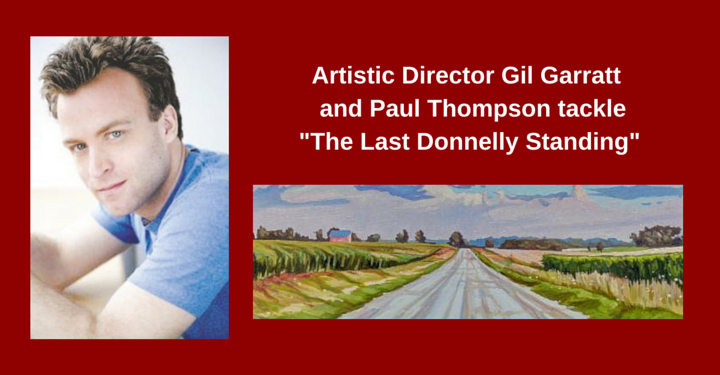