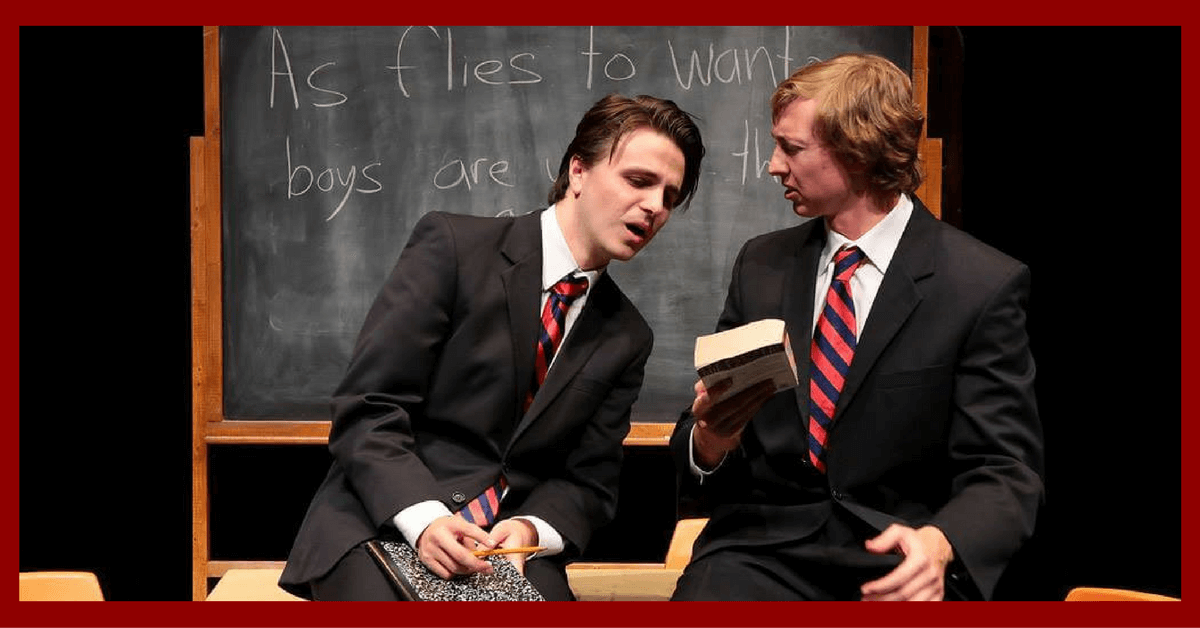 Alan Bennett’s “The History Boys” is a play from one time (2004) about another time (the late 1980s); set in Northern England near the end of Margaret Thatcher’s era-defining turn as Prime Minister, it’s actually designed to resonate with a post-9/11, pre-7/7, pre-2008, “New Labour” Britain. Before the transit bombings, Tony Blair’s disgraced exit, and the global debacle of Lehmann Brothers, when neoliberalism was still just a bad idea and not a worldwide catastrophe, the time for a play about learning – about the meanings of history; about league tables and student success measures; about the possibility that teaching and learning should not be instrumentalized, transformed into mere economic products – seemed right, somehow.

Enter Bennett with a new play for his friend at the National Theatre, Nicholas Hytner; the result was a success so spectacular it might be called the first of the NT’s millennial rainmaker productions, a group of hits so huge (2007’s “Warhorse” remains the kingpin) their profits – ironically – were able to insulate that theatre from the impact of massive cuts to arts funding in the UK over the last decade.

I saw the original production of “The History Boys” in summer 2004; fresh out of my doctoral work I was in London for research and snapped up a ticket by queuing on the day at the box office, several hours before it opened. I well remember the electricity in the theatre when Richard Griffiths’ Hector took the stage, and the frisson the ensemble cast’s extraordinary bond produced throughout – their affection for one another was infectious, and drove the entire 2 hour 45 minutes show.

Calithumpian Theatre’s current production, running at the McManus Studio in London through this Saturday, might not have Griffiths’ imposing presence to its credit, but it absolutely has the electricity of a tight and humming ensemble, lovingly directed by John Gerry with assistance from Kaitlyn Rietdyk.

Karen Crichton’s set drops us instantly into a comfortable old school, with tables and chairs jauntily amok at centre stage, a piano for the musically inclined Posner to one side and a nook for tea and sympathy (among the teachers Hector, Dorothy, and Irwin) to the other. Wooden doors suspended above the stage produce at once a sense of a busy old building and a wistfulness for the journey the boys of the title are about to embark on.

Eight young men are studying for their entrance exams to Oxford and Cambridge, with Hector their freewheeling, “Dead Poets’ Society”-inspired captain, Irwin their sterner taskmaster, and Dorothy the leaven in the lump. Until things go sideways – when, half way through, the rather too villainous Headmaster discovers that the boys’ beloved Hector has been touching them inappropriately while ferrying them home from school on his motorbike – it’s all charm and debate, set to a soundtrack of 80s pop hits with a whiff of “Head of the Class” about it.

The polish of this production is notable; although technically this is “community” theatre, the entire cast give professional-grade performances, with standouts from Matthew J. Stewart as a world-weary yet smart and wry Irwin, Alex Bowman as the not-quite closeted Posner (who is at turns vulnerable and filled with boyish delight, plainly almost but not yet as old as his peers), and Deborah Mitchell as the feminist Dorothy.

Mitchell nails what I consider to be the play’s best moment: Dorothy explodes at the boys as she explains that history is a tale of centuries of male havoc-wreaking, with precious little attention paid to the women relegated too often to its margins. Though hardly ground-breaking rhetoric circa 2016, Mitchell reminds us that in late 1980s Britain it would have been well worth repeating such a sentiment, passionately yet patiently, over and over again, if only in counterpoint to the powerful female patriarch, anti-feminist to her core, in Downing Street. 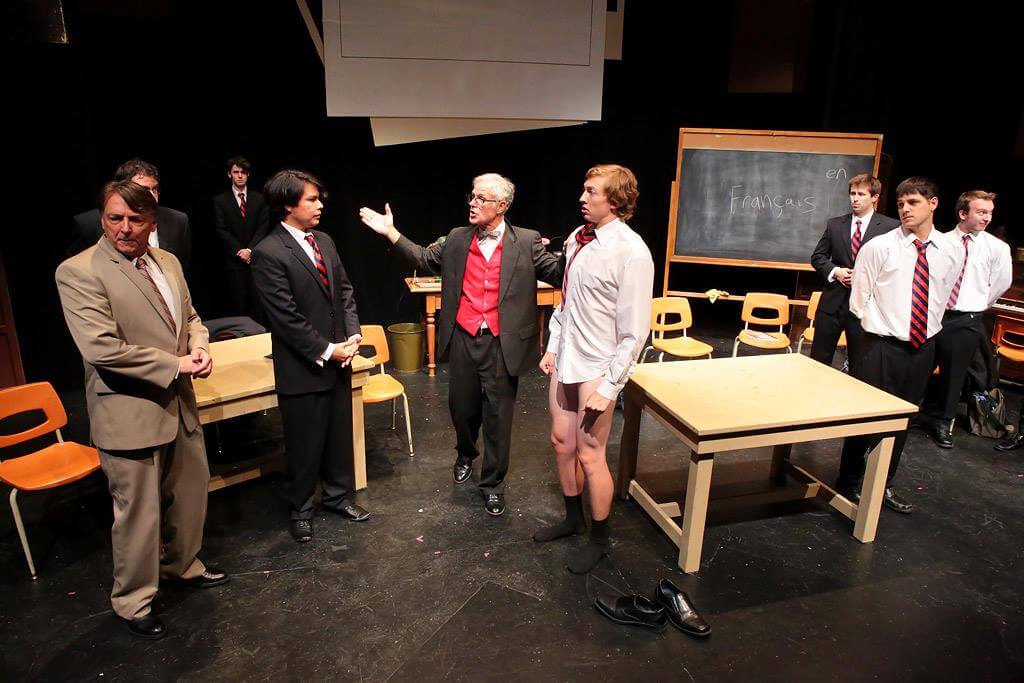 A terrific production, then; I find no fault and highly recommend the pleasure of watching this terrific group of actors at work. Bennett’s play lets them down a bit, though – because as it turns out, 2004 can say only so much to 2016.

Watching in the wake of Donald Trump’s extravagantly casual verbal assaults on women and his vehement treatment of sexual violence as something *other* than violence, I found myself profoundly uncomfortable with Bennett’s commitment to treat Hector’s groping of his young male students as anything but.

Hector is an astonishingly likeable character, and his “boys” love him to death. They openly tolerate his ongoing molestation, even cracking jokes about it – it takes Dorothy (of course), the token female voice on stage, to remind Hector what he’s really doing.

Meanwhile, Dakin the player brags about his “conquest” of Fiona the secretary, transforming their courtship via a series of battle metaphors into something quite like violence; except of course it’s meant to be (and is) funny, not creepy. And since Fiona can’t speak for herself, and Dorothy can’t defend everyone against the play’s social norms all the time… Well, I guess we just have to chalk it up as locker room talk, after all.

Bennett was challenged on this score when the play premiered, and he defiantly insisted the boys were old enough (17, 18 years) that it… what? It wasn’t unwelcome touching? That somehow age equalled consent, or the fact that Hector acts from a position of considerable power doesn’t matter?

I respect Bennett’s thoughtful treatment of art, poetry, history and pedagogy in this play, but as a woman I’m culturally attuned to every possible excuse that somehow is meant to equal my consent. They do not, and no amount of clever playwriting can change that. 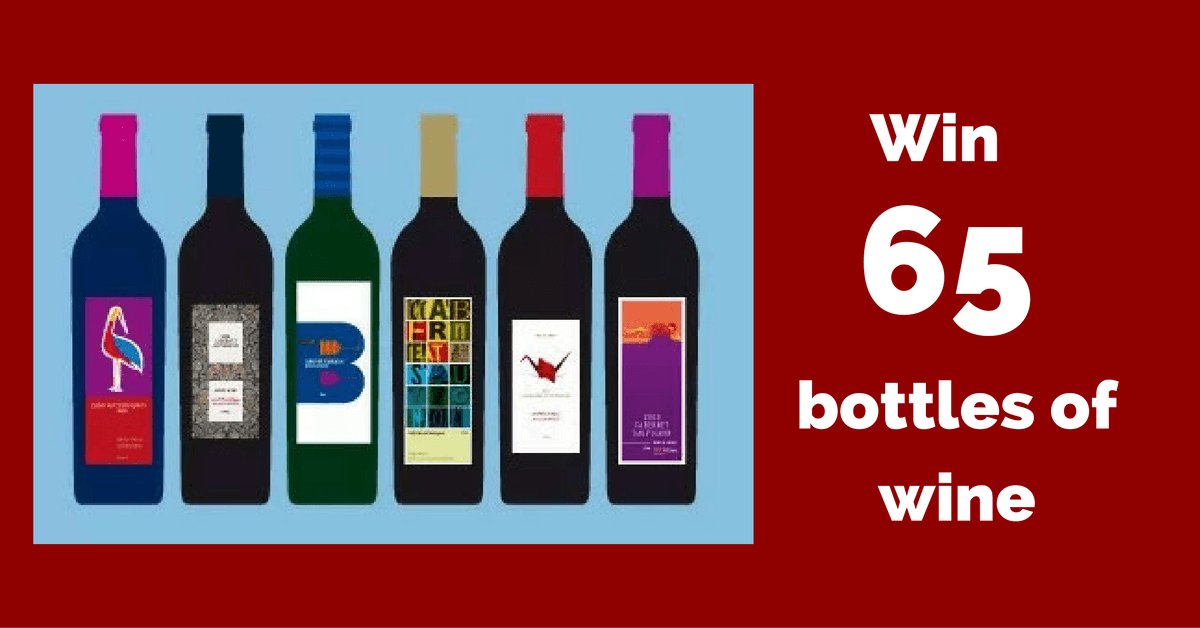 The History Boys at The Grand 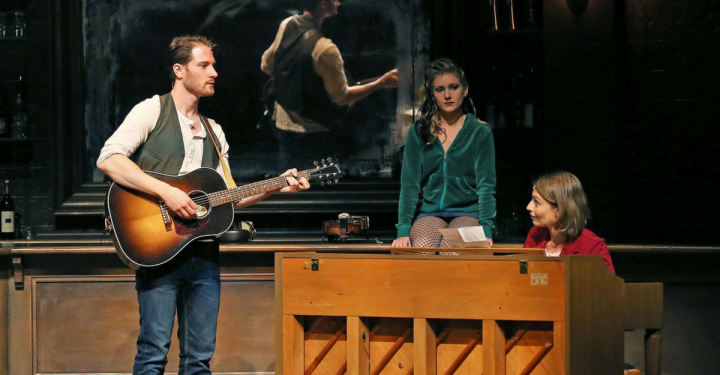