Carol Davies of London, On won a pair of tickets to see MAMMA MIA! in the RBC Theatre at the Budweiser Gardens.

Carol told me she has loved theatre since childhood, adding “I often took acting lessons with my twin sister when the City of London offered them as a summer activity many years ago.”

Her love of theatre deepened when she “was privileged to work for the United Nations for 12 years back in the 1980s and 90s and I attended many plays and musicals on Broadway and off Broadway when I could. I have been privileged to see a lot of great theatre and have to say that last night’s performance of Mamma Mia was superb.

“The touring Broadway company put their hearts and souls into the singing and acting. The set and lighting was simple but effective and who doesn’t love those great Abba songs!!!! I thoroughly enjoyed the show and highly recommend it to others.

It may be the closest you get to a Broadway quality show if you don’t live in Manhattan.”

Taking photos during the performance was prohibited but here are some shots of the lobby from Carol’s Facebook page. 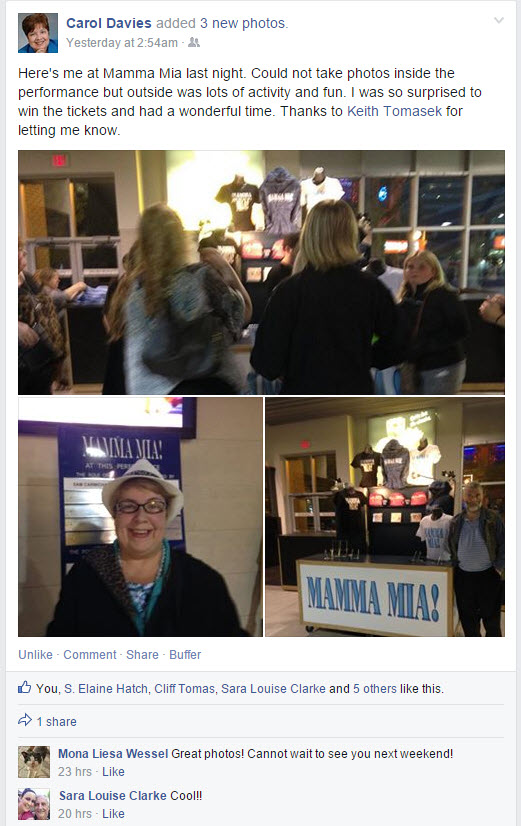