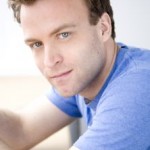 “These are all exceptional plays created, developed, and produced by incomparable artists from right across this country. This is original Canadian theatre,” says Garratt.

Based on the case that went all the way to the Supreme Court: Percy Schmeiser vs Monsanto: A Saskatchewan farmer is sued by a transnational for growing a crop he claims he never planted.

A pregnant young playwright travels to the town of Bruno to get the truth. What follows is her extraordinary journey into the community, into the courtroom, into the laboratory, and into contemporary life on a 21st Century Farm… all in search of the real Percy Schmeiser.

During the 1830’s, two travelling minstrels are passing North from London, Ontario, with their song and dance shows on the local circuit. Searching for lodging for the night, they walk in to the Wilberforce hotel, owned and operated by Austin Steward the black president of this stalwart black settlement.

Through turns highly comic, and deeply moving, the two musicians who have spent their showbiz careers painting their faces come to learn something life-changing about the actual black experience of early settlers in Middlesex County.

Featuring old time banjo music, and based on the autobiography of Austin Steward; the story of a brave man’s dreams, his love of family, and a threatened community’s perseverance.

In the Great Storm of 1913, off the shore of Bayfield on Lake Huron, the mighty SS Wexford went down with all her hands. There were no survivors.

A young woman, her forbidden love, a zealous guardian, the would-be heir, a bare-knuckle boxer, and an irresistible singer with a voice clear and colourful as a Huron sunset, all stand poised on the brink of destruction and destiny.

It is the night before Mary’s wedding, and the young woman’s dreams are full of wheatfields and battlefields. The rain on the barn when she met Charlie. The feel of the mare beneath her when he first taught her to ride. The sound of the thunder and the roar of the howitzers.

From their first encounter, through the blossoming of their young love, to Charlie’s charge with the cavalry into the battle of France’s Moreuil Wood, Mary’s Wedding captures a time of innocence, courage and self-sacrifice. Perfectly placed in our Memorial Hall.

Award-winning, world-renowned, Master Puppeteer Ronnie Burkett brings a cast of his incomparable characters for their inaugural excursion to Huron County!

For the first time ever Blyth’s audience will have a chance to see what the Vancouver Sun called “unequivocally a work of art […] Burkett’s mastery of his craft and the beauty of his handmade puppets makes the comedy funnier, the raunch raunchier and keeps the heartfelt and heartwarming moments, genuinely sweet and moving.”

“What I love about these plays is how thoroughly they capture where we have been and where we are now,” says Garratt.