The “Discovery” theme draws on “eureka moments,” which can be scientific discoveries, creative accomplishments, the dawning of a deeper understanding of human nature or the epiphanies of self-knowledge.

“Eureka moments take many different forms,” says Mr. Cimolino. “When a creative spark is ignited, when we gain a sudden flash of insight into our own natures, when a scientific discovery requires us to revise our model of reality: those are just a few instances of how a leap in comprehension can change our lives.

The Stratford 2015 playbill includes the classics: Shakespeare’s Hamlet, The Taming of the Shrew, Love’s Labour’s Lost and The Adventures of Pericles; Oliver Goldsmith’s She Stoops to Conquer; Ben Jonson’s The Alchemist; and Sophocles’ Oedipus Rex.

Modern works are also featured: Friedrich Dürrenmatt’s The Physicists and The Diary of Anne Frank, by Frances Goodrich and Albert Hackett and adapted by Wendy Kesselman.

There’s also two Rodgers and Hammerstein musicals – The Sound of Music and Carousel.

The Sound of Music directed by Donna Feore

“The Sound of Music is about people discovering their own capacity for love, what love really means to them,” says Mr. Cimolino.

“Maria starts out believing that her love must be reserved for God, but then realizes that secular love is no less vital to her. Meanwhile, the Captain discovers how to show his love for his children, and realizes the value of family within a community.”

Fresh from her triumph with this season’s smash hit Crazy for You, acclaimed director and choreographer Donna Feore returns for her 21st Festival season.

The Taming of the Shrew directed by Chris Abraham
Mr. Abraham has quickly established himself as a director of note with stellar Stratford productions of Othello, The Matchmaker, The Little Years and For the Pleasure of Seeing Her Again to his credit.

He is a multi-award winning theatre and film director, dramaturge and teacher who has worked with Canada’s foremost artists and theatres.

“This most beautiful of Shakespeare’s plays shows us the difference between book-learning and lessons of the heart,” says Mr. Cimolino.

“It’s about four young men who put the pursuit of knowledge on a pedestal, only to find that intellectual inquiry is only part of the journey they need to take in order to know themselves, to know others and to know the true meaning – and the true cost – of love.”

Though Mr. Caird is a Canadian, his illustrious career has taken place almost entirely outside of this country. As a director and writer, he has worked in theatre, opera and musical theatre with such esteemed actors as Judi Dench, Daniel Day Lewis, Ian McKellen and Ben Kingsley.

His hit production of Nicholas Nickleby, co-directed with Trevor Nunn in 1980 at the Royal Shakespeare Company, set a record for the most Olivier Awards won by a show.

She Stoops to Conquer Directed by Martha Henry

“Like her namesake in The Taming of the Shrew, Kate in She Stoops to Conquer has to find a way to achieve her heart’s desire by apparently changing her status.

By assuming the role that enables her to reach Marlow, she will ultimately help him to get beyond the personality quirk that has limited his ability to relate to others. She realizes that, in human relationships, barriers can’t always be overcome by confrontation. Sometimes you have to get yourself out of the way in order to attain what you want,” says Mr. Cimolino.

Carousel directed by Susan H. Schulman
“Rodgers and Hammerstein considered Carousel their greatest achievement,” says Mr. Cimolino, “and Time magazine named it the best musical of the 20th century. It is a beautiful story of love and forgiveness, which I know Susan will direct with grace and flair.”

Last seen at Stratford in 2008 as the director of the critically acclaimed The Music Man, Susan H. Schulman returns to the Festival at the helm of the Tony Award-winning musical Carousel.

The Diary of Anne Frank directed by Jillian Keiley

“Both The Diary of Anne Frank and The Sound of Music draw on real-life stories – one tragic, the other triumphant – from the very darkest period of our modern age,” says Mr. Cimolino.

Jillian Keiley, who directed a madly inventive production of Alice Through the Looking-Glass this season, brings her remarkable creative vision to The Diary of Anne Frank, a beloved play about the indomitability of the human spirit.

“As a cutting-edge director and playwright, as well as an actor and teacher, Daniel has long been one of our country’s foremost theatre creators,” says Mr. Cimolino. 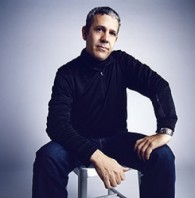 Mr. Brooks, the recipient of the inaugural Siminovitch Prize, is one of the brightest lights in Canadian theatre. He’s well known for his collaborations with Daniel MacIvor. As Artistic Director of Necessary Angel Theatre Company for 10 years, his work included Bigger Than Jesus with Rick Miller, John Mighton’s Half Life and a stage version with music of Michael Ondaatje’s Divisadero.

Pericles directed by Scott Wentworth
As in Oedipus Rex, the action of Pericles hinges on a riddle, the solution to which sends the title character on a journey of Homeric proportions.

“Both these plays involve the discovery of similar dark and deeply disturbing secrets,” says Mr. Cimolino “In Oedipus Rex, that revelation marks the culmination of the play, prompting a tragic conclusion. In Pericles, the discovery comes at the beginning, initiating a flight from danger and an ensuing life story that after much tribulation will end happily.”

Mr. Wentworth is a Tony-nominated actor, as well as a director and playwright whose work has been celebrated on Broadway, in London’s West End, on television, and in films and theatres across North America. He began his directing career at the Indiana Repertory Theatre and made his Stratford directorial debut in 2001 with Henry IV Parts 1 and 2.

The Physicists directed by Miles Potter
“The Physicists and The Alchemist are two darker plays in the season about how human knowledge can be subverted and applied to all sorts of negative things, so that the eureka moment can become fodder for the worst aspects of humanity,” says Mr. Cimolino.

Mr. Potter has worked at virtually every major venue in the country over the past 30 years, such as Vancouver’s Bard on the Beach, Soulpepper, Theatre Calgary, Citadel Theatre and the Manitoba Theatre Centre. He has worked on many new scripts, including this summer’s world première of Stag and Doe at the Blyth Festival and the première production and national tour of Michael Healy’s The Drawer Boy.

The Alchemist directed by Antoni Cimolino

“I love Ben Jonson,” says Mr. Cimolino. “He is such a great complement to Shakespeare.

Cimolino brought a deft hand to the North American, critically acclaimed première of Jonson’s Bartholomew Fair in 2009, one of that season’s most in-demand productions. 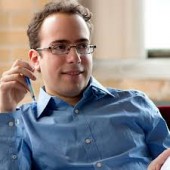 “Just as Hamlet is about embracing and reconciling the ultimate mystery of death, Possible Worlds is about the mystery of living and the fact that life too is that ‘undiscovered country’ forever shrouded by mystery and infinite possibilities,” says Mr. Cimolino.

Mr. Cushman has served as assistant director to Mr. Cimolino on the Stratford productions of The Beaux’ Stratagem and The Merchant of Venice. Awarded last year’s Siminovitch Protégé Award by Chris Abraham, Mr. Cushman has distinguished himself as one of the fastest-rising directors in Canada today. He serves as Co-Artistic Director of Outside the March Theatre Company and was recently named Crow’s Theatre’s first Associate Artistic Director.

Mr. Dilworth makes his Festival directorial debut with The Last Wife. He is a past participant of the Michael Langham Workshop for Classical Direction, serving as Assistant Director of Elektra and The Little Years.