The winner of this year’s Elinore and Lou Siminovitch Prize in Theatre is Chris Abraham, Artistic Director Crow’s Theatre.

$25,000 of the $100,000 prize money goes toward a protégée chosen by the award winner. Abraham named Mitchell Cushman as the recipient of the protégé award. This year’s Protégé Prize was generously supported by the RBC Emerging Artist Project. 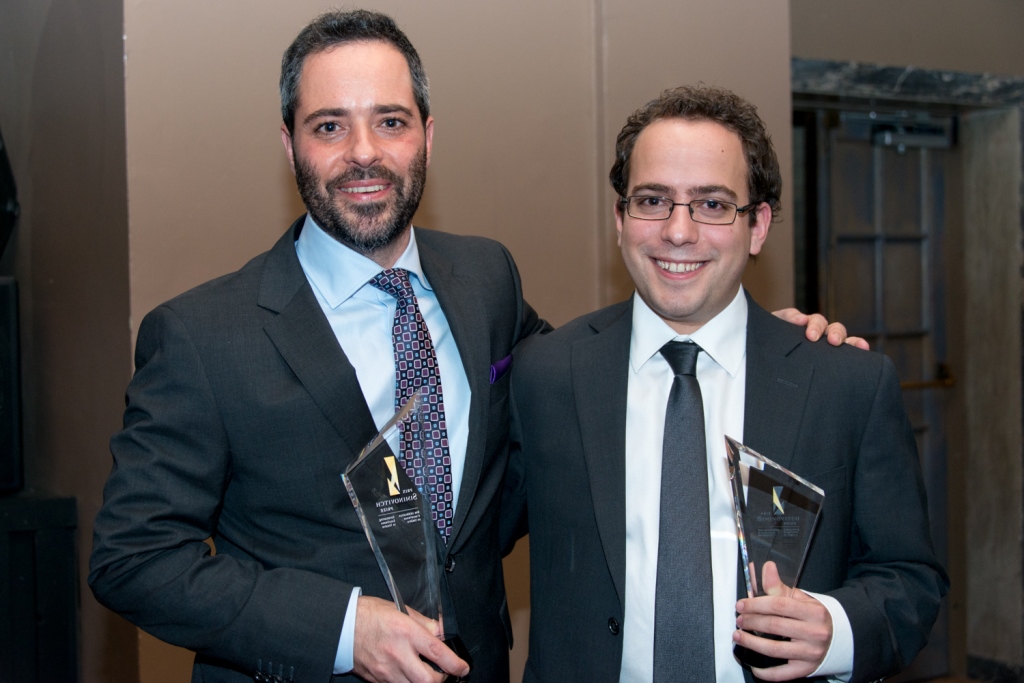 Abraham was honored Monday night, at the University of Toronto’s Hart House theatre, in a ceremony hosted by Rick Miller, who is currently appearing in “Venus in Fur,” to rave reviews, at Canadian Stage.

Stratford’s Antoni Cimolino at another function 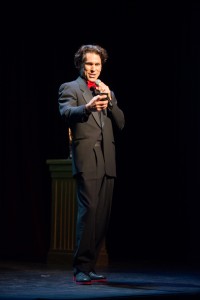 Referring to Stratford’s Legacy Award ceremony, taking place at another venue in Toronto Monday night, Miller opened with a reference to “that curly haired guy Cimolino” who couldn’t attend the Siminovitch Prize ceremony because he was busy at some “BMO” function in town.

Miller, and all the presenters, spoke both French and English. It was an impressive display of respect for our country’s two languages. 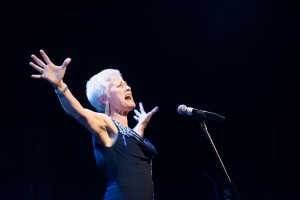 Dr. Katherine Siminovitch, daughter of Dr. Lou Siminovitch, who attended the event with family and friends, spoke about the family’s devotion to the arts. 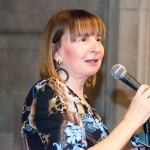 Dr. Lou Siminovitch taught medical biophysics at the University of Toronto. He played seminal roles in building research medical capacities, particularly in genetics, at leading hospitals. He’s played a part in some of the most important medical discoveries of the century.

Elinore Siminovitch, Dr. Siminovitch’s wife, raised the children and started publishing plays in her late 30’s. Her writing tackled the salient issues of her time.

In a fitting tribute to the Siminovitch’s contribution to both science and the arts, Abraham cited Dr. Norman Bethune. Referring to a framed quote that Abraham received from his mother-in-law, Santu Repo, he read Bethune’s words:

“The function of the artist is to disturb. His duty is to arouse the sleeper, shake the complacent pillars of the world. In a world terrified of change he preaches revolution – the principle of life. He is an agitator and a disturber of the peace.”

Chris Abraham then introduced Mitchell Cushman, recipient of the Protégé prize. Mitchell is the co-founder of the Toronto theatre company Outside the March. After taking the podium to accept his award, Cushman immediately brought the house down with his line “I’m very much regretting that I dropped out of French in grade 9.”

In recognizing Abraham’s ability to work with actors, Cushman said that “when I talk with actors he has worked with they all tell me that they have never felt more free and yet more led than when working with Chris.”

Talking about how helpful the award will be to his creative pursuits, Mitchell closed with the line “This award will offer valuable support as I continue to explore ways of creating expansive experiences for intimate sized audiences, which is not always the most lucrative business. ”

A list of the jury members, and more, is available at http://www.siminovitchprize.com/index.shtml

I produce a podcast, “The Inadequate Life – a podcast about the creative process and people whose lives depend upon it.”
Listen to my feature length interviews with Chris Abraham and Louise Pitre.