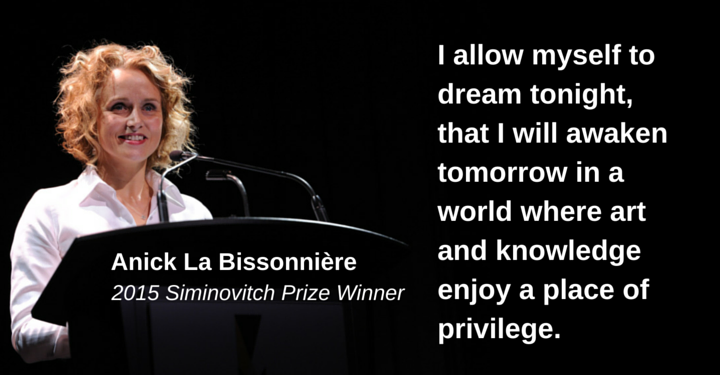 It was a night of politics and romance at the Siminovitch Prize ceremony held at the University of Toronto’s Hart House theater Sunday night.

Anick La Bissonnière was awarded Canada’s most prestigious theatre award – The Siminovitch Prize. This year marks the 15th anniversary of the esteemed honour. The prize is valued at $100,000, $75,000 of which goes directly to the winner who in turn, chooses a protégé to receive $25,000.

Siminovitch Prize board member and politician Bob Rae made a compelling speech about the impact of theatre in society, but it was the artists themselves who made the political statements.

Montreal’s Marilène Bastien, chosen by La Bissonnière as her protégée, pointed out that the politicians have avoided meaningful dialogue about the arts and sciences during the election campaign. 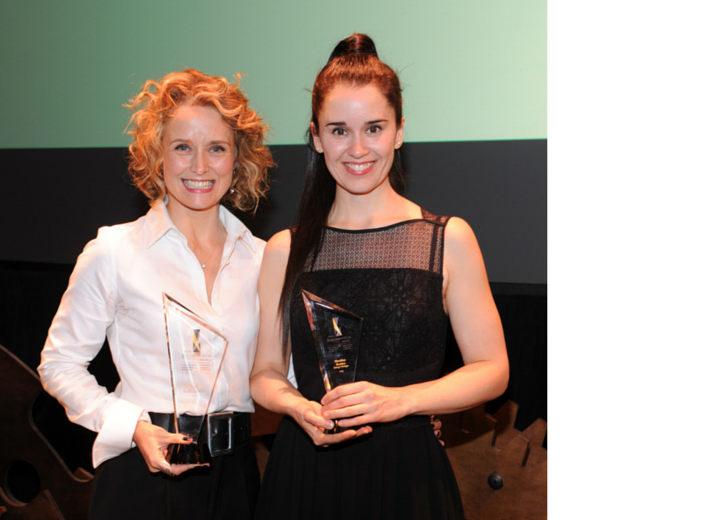 Like her protégée, La Bissonnière spoke about the election.

“On the eve of an important election, I allow myself to dream tonight, that I will awaken tomorrow in a world where art and knowledge enjoy a place of privilege. A world that builds liberty, creativity, desire and, why not, while we’re at it, poetry.”

La Bissonnière brought a touch of romance to the occasion, noting that the Siminovitch Prize was originally created as a romantic gesture.

“Thank you to the Siminovitch family and especially to Lou who had the grace to create this award in honour of Elinore. I see in it a gesture of admiration and love and I am delighted to benefit tonight from such a beautiful display of romance.”

La Bissonnière, a 3-time finalist for the Siminovitch Prize, also thanked her loved one for giving her the much needed support to go through the process of submitting a 4th time. “I owe to mon amoureux the fact my name was submitted “for the last time!” as clearly, without him I would not be standing here now.”

The annual event was hosted by Fiona Reid.

Bob White, currently the Director of New Plays at the Stratford Festival, served as the 2015 Siminovitch jury chair.

The jury members were Philip Akin, the Artistic Director of Obsidian Theatre Company, Gideon Arthurs is the CEO of the National Theatre School of Canada, Geneviève L. Blais founded the Théâtre à corps perdus, Kim Collier co-founder and co-director of the Electric Company Theatre in Vancouver. 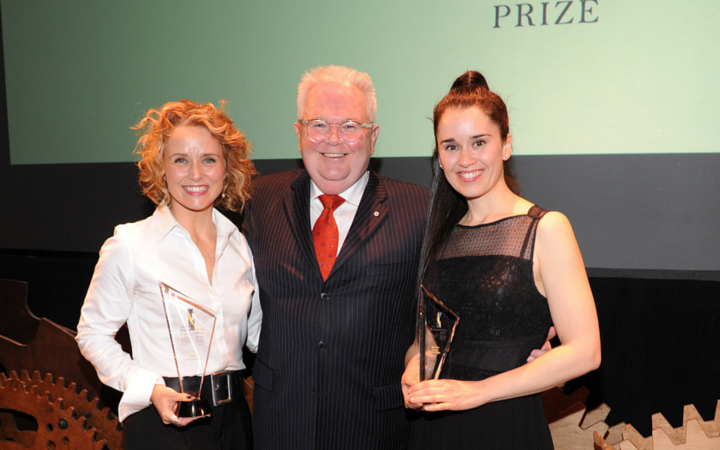 La Bissonnière studied architecture in Switzerland and Montreal before landing her first professional set design job in 1993. She has created award-winning work for theatre, dance, film, urban events, circuses, museums and site-specific installations. Since 2010, she has been actively sharing her knowledge in design with students at Université du Québec à Montréal.

Marilène Bastien is a multi-talented set, costume and prop designer, Bastien has created sets and costumes for many prominent productions including theatre, circus and dance. In the summer of 2015 she created costumes for “Le monde est fou,” a Cirque du Soleil production.

“This Prize, and its protégé component, allows us to reflect on the importance of theatre to our country’s cultural life, the need of its artists for support, recognition and opportunities for risk-taking and the incredible value of mentorship. We are delighted to support Canadian theatre artists with the help of our Presenting Sponsor RBC Wealth Management and partners University of Toronto, Hart House Theatre and the Friends of the Siminovitch Prize,” said Dr. Kathy Siminovitch.

After the award ceremony guests attended a reception at the Great Hall.
Past winners in attendance included and Jillian Keiley (2014), Chris Abraham (2013) and his protégé prize recipient Mitchell Cushman. 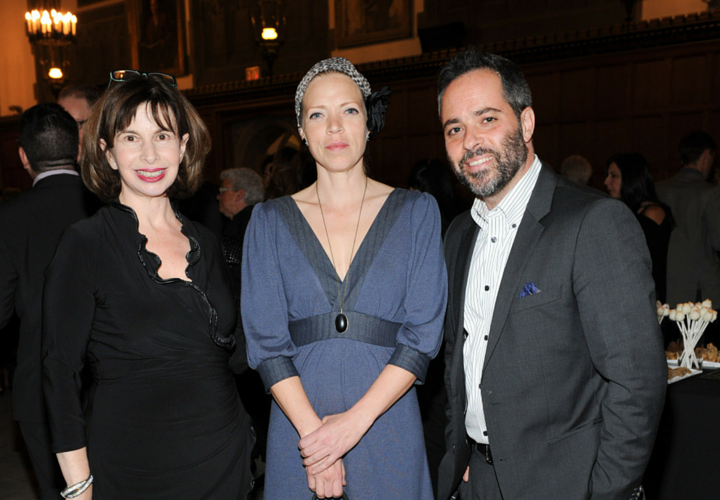 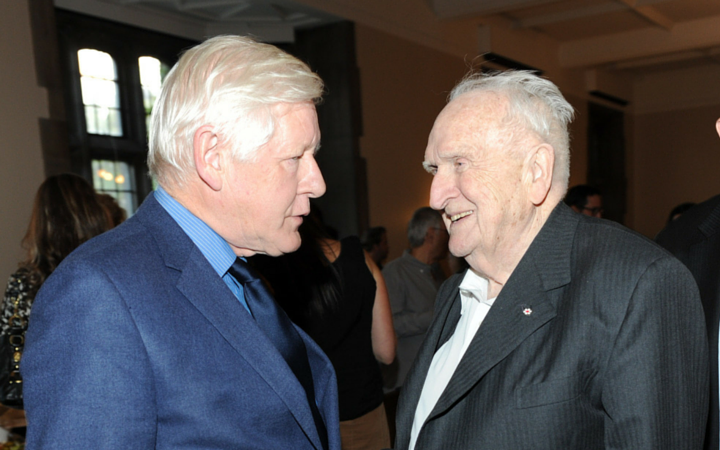 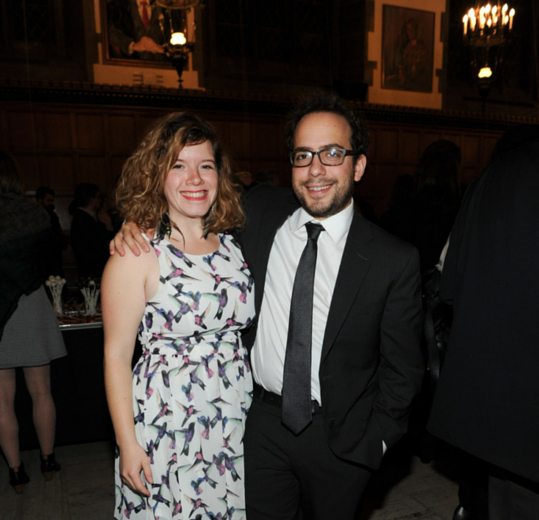 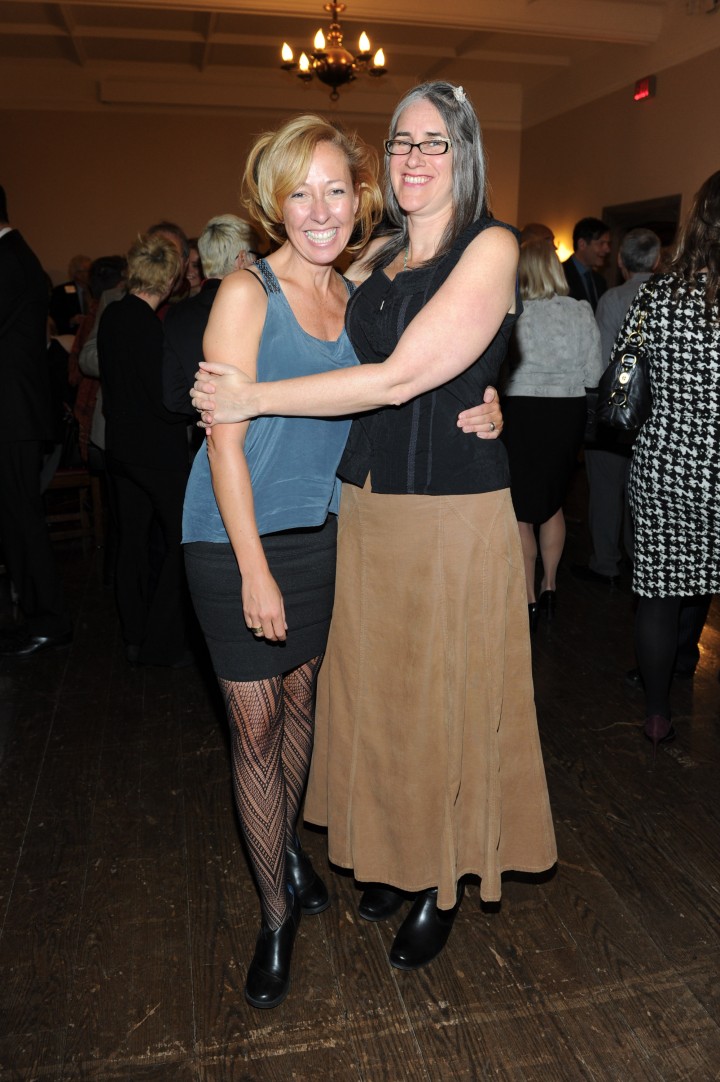 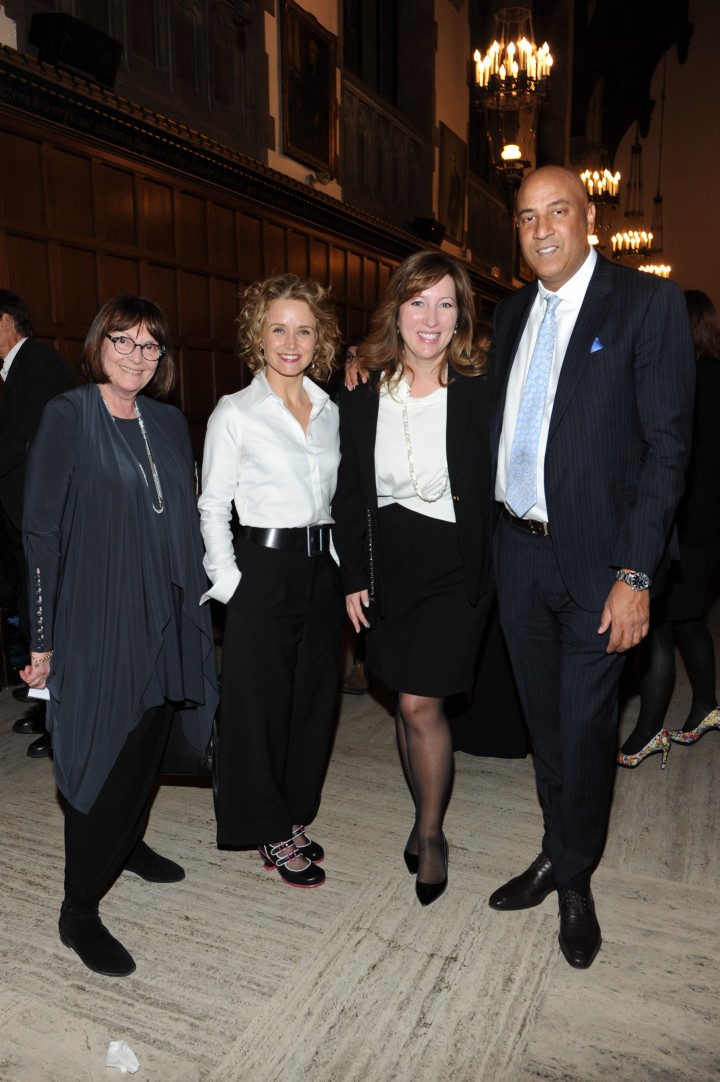 Politics and Romance at Siminovitch Prize 2015