William Shakespeare’s “Romeo and Juliet” is the most recognized and renowned romantic tragedy. Generations of high school students have studied it. The romance has crossed into contemporary pop culture through a variety of films including 1961’s “West Side Story” and more recently 2011’s animated “Gnomeo and Juliet”.

In 2008 Des McAnuff directed “Romeo and Juliet” at Stratford. This season Tim Carroll takes a turn at directing the tragic romance. Carroll’s background includes a stint as Associate Director of Shakespeare’s Globe in London, United Kingdom. 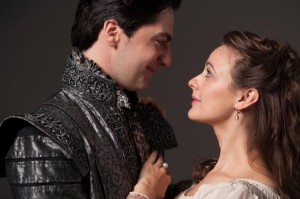 Daniel Briere and Sara Topham are performing as the children of the rival Capulet and Montague families. 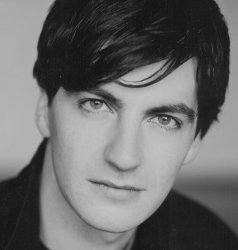 Although this is  Briere’s Stratford debut, he’s an established actor. Briere studied at the National Theatre School and is an alumni of Mount Royal College’s Performance Program in Calgary, Alberta.

Prior to “Romeo and Juliet”, Brier was last seen at the Manitoba Theatre Center stage as Ashley in Gone With the Wind. At Ottawa’s Odyssey Theatre he played the role of Dorante in “The Game of Love and Chance”.

While Briere is a newcomer to Stratford, he’s familiar to theatre fans in south western Ontario, as in 2009 he performed in the Bylth Festival’s “The Mail Order Bride” as Art.

Briere’s first theatrical performance?
Playing both Borachio and Friar Francis in “Much Ado About Nothing” at the Driftwood Theatre.

Briere is no stranger to the small screen either. He’s appeared on the television shows “Rookie Blue”, “The Bridge”, and “Murdoch Mysteries”.

“And Juliet is the sun” – Sara Topham 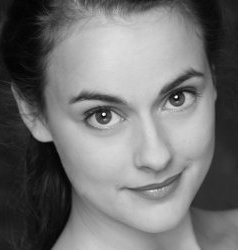 Topham has been in many Stratford Festival productions, including last season’s “The Misanthrope” as Celemine and “The Twelfth Night” as Olivia, along with 2010’s Peter Pan in her role of Wendy. One of Topham’s most celebrated roles was Gwendolen in Oscar Wilde’s “The Importance of Being Earnest“. 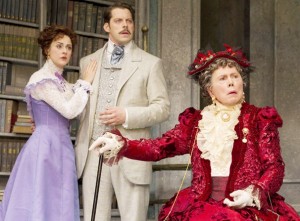 New York Times critic Charles Isherwood noted that Topham “captures the character’s delicate lunacy with refreshing ease.” The Stratford production was such a hit it moved to Broadway, and received a Tony Award nomination in the “Best Revival of a Play” category.

Topham graduated from the University of Victoria‘s Department of Theatre with a BFA.

Like Briere, Topham has performed at other theatres in the region including The Grand Theatre’s production of “It’s a Wonderful Life”.

Where else are they in Stratford this season?

Brier is cast as Bicarat in “The Three Musketeers” and also appears in “The Merchant of Venice”.

Topham is “The Blithe Spirit”’s Ruth.

Visit HERE for more information on “Romeo and Juliet”.

Once “Romeo and Juliet” officially opens, read the critical reviews, or post your own now, on Stratford Festival Reviews