Paul Nolan with the cast of Yoshimi Battles the Pink Robots

“Yoshimi Battles the Pink Robots” is a new play at the La Jolla Playhouse in California. Based on the music of the popular band The Flaming Lips, the show runs until Dec. 16 (see below for a great deal on tickets).

It’s a new musical from Playhouse Director Emeritus Des McAnuff. McAnuff has an excellent track record of directing plays based on existing music, most notably his 1993, Tony award winning work on “The Who’s Tommy,” as well as “Jersey Boys,” which won the Tony for Best Musical in 2006.

Reviews of the show, seen below, have been excellent.

Here’s a video where McAnuff discusses the rehearsal period, and the concept of developing a play in “virtual workshops.”

Below is a roundup of the reviews.
J. Kelly Nestruck, based in Toronto, is very familiar with McAnuff’s recent work and has the most insightful review I’ve seen online.

It’s followed here by Charles McNulty’s review in the LA Times and two reviews from San Diego based reviewers.

J. Kelly Nestruck
The Globe and Mail
“This is the image that sticks for days afterward, appearing on the back of your eyelids when you close them: A pink robot floats through a black void while holding onto a white balloon. Is it Des McAnuff’s self-portrait?

McAnuff paints this picture of melancholy technology near the end of Yoshimi Battles the Pink Robots – an eccentric and at times astonishing new musical about cancer that seems crafted by a sad android who yearns to be loved.”

Charles McNulty
Los Angeles Times
“The awkward narrative tension between the seriousness of the subject matter and the fanciful way the allegory is realized never goes away….If you want to go to a deeper place with “Yoshimi Battles the Pink Robots,” you’ll have to close your eyes and travel there via your own imagination.”

Tim Pyles
NBC San Diego 7
Yoshimi leaves you with the feeling that life is short and that you need to live life to the fullest while on planet Earth, because we’re all floating in space.

James Herbert
UT San Diego
“The inventive and at times fantastical “Yoshimi,” which is something like a prog-opera…draws much of its emotional punch from the mysteries of being vs. nothingness that robots can evoke.”

Here’s a TV interview with Des McAnuff from KPBS San Diego
In it McAnuff discusses the collaborative work he did with The Flaming Lips’ Wayne Coyne.

The robots in the show look amazing!
Here’s a video with behind the scenes footage detailing how the robots went from the sketch book to the stage.

20% Off Tickets: Area 1 seating for performances Nov 6 – Nov 25 (regular price from $58 to $100). Use promo code ‘LIPSVIP’ to activate the discount online. The first 50 fans to use this offer will receive a free gift from The Flaming Lips!

The small print: This offer is also available through the Box Office at (858) 550-1010. All tickets are subject to availability, a $2 facility fee applies. Offer may not be combined with any other discounts. Tickets may not be refunded or exchanged. Free gift redeemable at La Jolla Playhouse gift store with gift voucher. 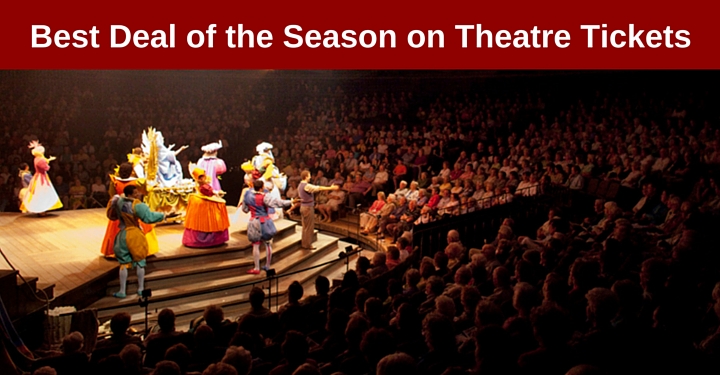