Sometimes off the mark

“Casting women in the roles of Julius Caesar (Seana McKenna), Mark Antony (Michelle Giroux), Cassius (Irene Poole) and Octavius Caesar (Sophia Walker) definitely make the audience work a bit at focusing on how true to the text these performances resonate. These talented actresses give strong performances, but don’t always ring true. The sum of these spirited performances is often interesting, occasionally fascinating and sometimes off the mark.”

If casting women in Julius Caesar is supposed to bring home Shakespeare’s critique of patriarchy, why does Wentworth direct the women to play their parts as if they were men? Most of the female actors are so good at playing men that the production’s overall effect is really no different than if it had been traditionally cast.”

The assassination scene is brilliant

“The assassination scene is brilliantly staged — emerging in this production not just as a ritual sacrifice but almost as a sacramental act. And it makes for thrilling but also thought-provoking theatre…

Still, the  danger with many productions of Julius Caesar is that, once we’re done with Caesar’s murder and Marc Antony’s funeral oration, the remainder of the play can seem an anti-climax as we see Rome erupt into civil war and his killers begin toppling like ninepins. In the case of the current Stratford revival, however, the play begins sagging as soon as the uncharismatic Antony of Michelle Giroux begins his funeral oration.

“…a review of this production wouldn’t be complete without mention of the elements that enhanced Shakespeare’s story beyond Wentworth’s decision to challenge the play’s concept of gender identity.

For me, Jonathan Goad’s Brutus was one of those elements, as he masterfully portrayed an honourable man torn between doing what’s right for Rome and his loyalty to Caesar, a friend whom he loves dearly.”

“Seana McKenna is a smug, swaggering Julius Caesar, an entertaining presence I was sorry to lose so soon, while Irene Poole is a seething, serpentine Cassius – the chief conspirator in the plot to assassinate Caesar and, supposedly, save the Roman republic.

There’s an element of spoofing masculinity, or its toxic elements at least, in both of their performances.” 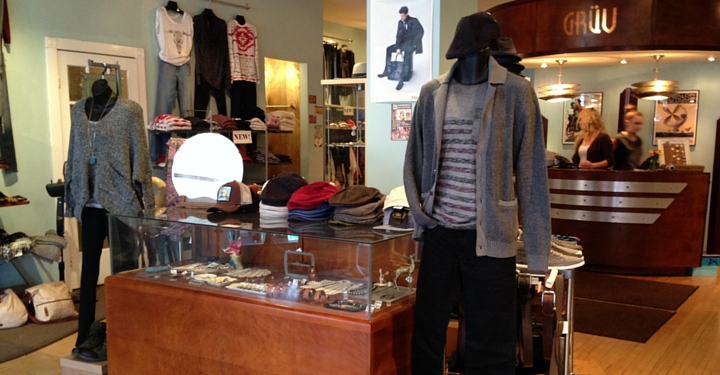