Every week thou­sands of peo­ple visit this site for reviews and infor­ma­tion about the­atre and restau­rants in Stratford.

Below are the most pop­u­lar pages on the site for the period Aug. 3 to Aug. 9th.

Anticipation is running high for 2 shows opening this week, “Merchant of Venice” and “Othello.” Both shows are on this week’s list of most popular reviews.

Some people are disappointed that Brian Bedford withdrew from the show, leaving comments like this: “I bought the tickets because I wanted to see Brian Bedford as Shylock and was happy with Scott Wentworth in that role.”

Another comment notes “Scott Wentworth as Shylock was superb.”

As you’ll see in these photos the set, costume & lighting design look fabulous. 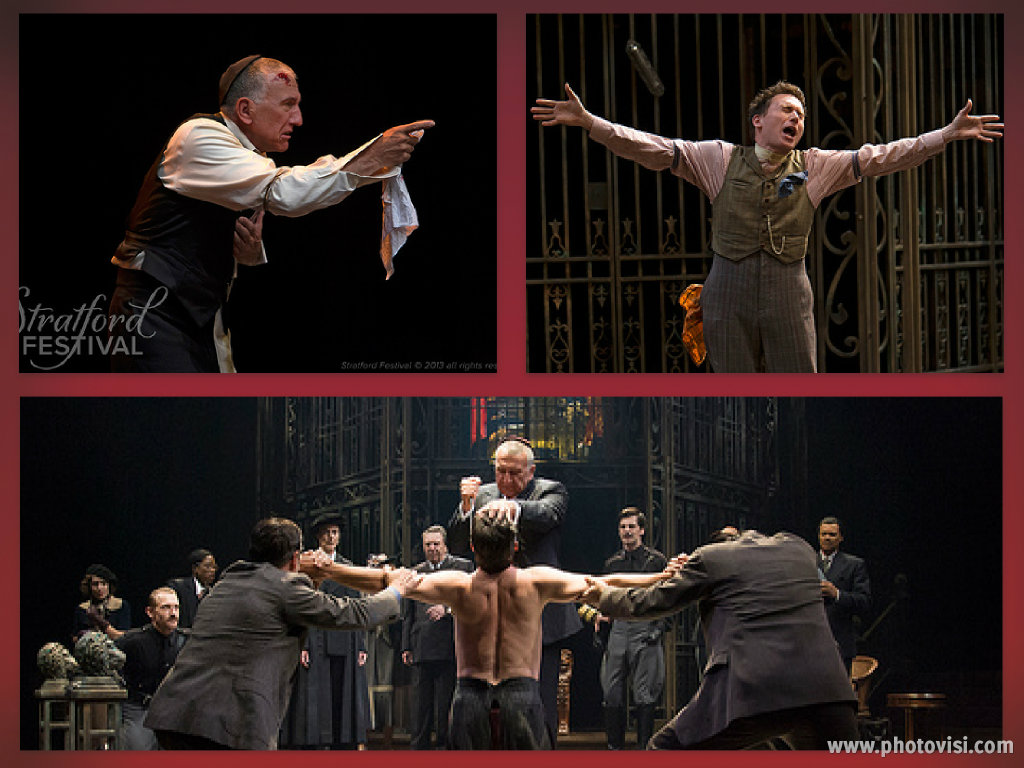 “Othello” opens August 14 – no comments yet from people attending the previews. Please add a comment HERE if you’ve seen the show.

Most pop­u­lar restau­rant review
For the second week in a row Rundles is the most sought after restaurant on the site.
Rundle’s

Most Pop­u­lar Blog Post
This week we gave away tickets to “Mary Poppins” at the Huron Country Playhouse. The contest was a great success, and was, naturally, the most popular blog post.
Leave a Comment to Win Tickets to Mary Poppins

Three most pop­u­lar show reviews on the site:
#1 — Taking Shakespeare
#2 — Fid­dler on the Roof
#3 — Romeo and Juliet

Most Pop­u­lar Blog Post
Music at Rundles: A Joyful Morning

Merchant of Venice and Othello come on strong