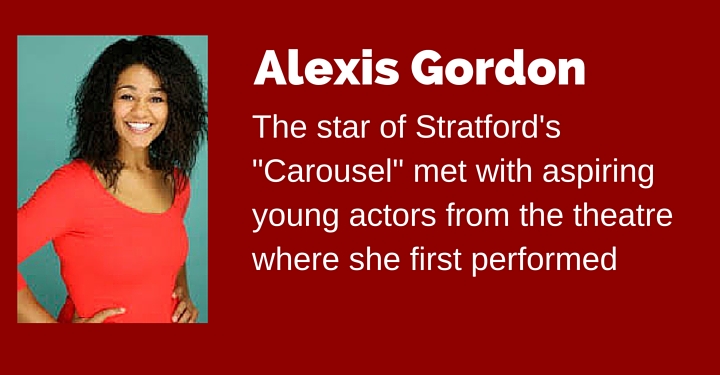 After the performance, Alexis Gordon took time to speak to a group from the community theatre organization where she got her start: Original Kids Theatre Company. 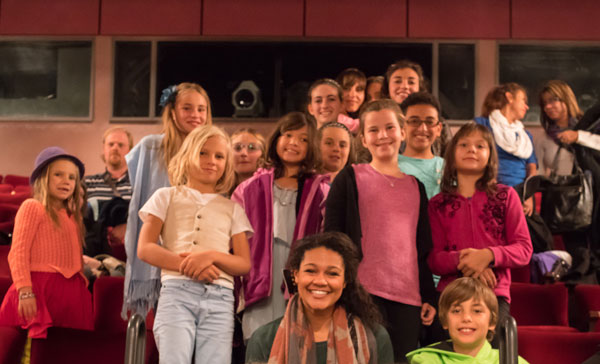 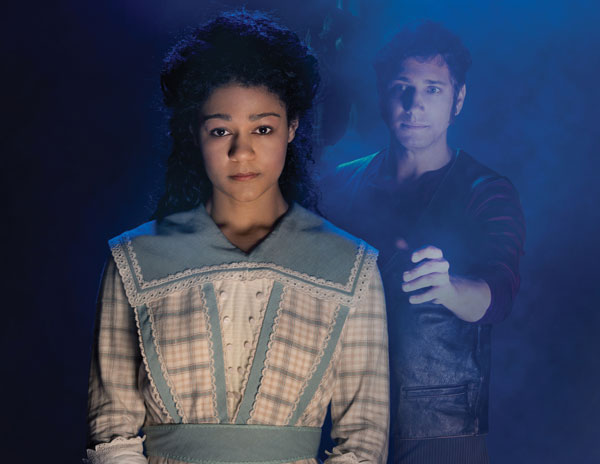 Growing up in London, Gordon was a choir member and musical theatre fan.

She saw the “high school project” production of Rodgers and Hammerstein’s “Oklahoma!” at the Grand Theatre and thought, “I think I could do that.”

The following year, determined to land a leading role, Gordon auditioned for the part of Maria, in the Grand Theatre’s production of “The Sound of Music.” She now acknowledges that she didn’t get the role because she hadn’t worked on her acting skills or prepared effectively for the audition.

But she wasn’t going to let rejection stop her from pursuing her dream.

Instead she seized the moment and began the hard work required to make her dream come true. She realized that acting requires certain skills and she needed to work on hers.

Speaking to the group of aspiring actors, Gordon delighted everyone with the story of how she laid out the path to achieving her dream using a calendar filled with color coded sticky notes. 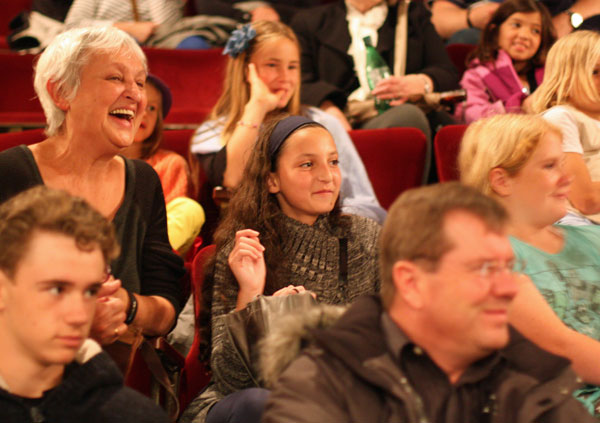 At age 16 Gordon joined Original Kids Theatre Company, enrolled in the Stratford Festival’s Shakespeare School and took private vocal lessons, even though she knew she wanted to be “an actor who can sing, not a singer who can act.”

As for dance, “I started really late” she told the group, but that didn’t stop her from working on her dance and movement skills.

Answering questions from the enthusiastic group, about the theme of physical abuse in “Carousel,” Gordon spoke eloquently about how in 1945 after the war, when the play was written, men were coming home with post traumatic stress disorder.

That, she explained is one of the reasons why Rodgers and Hammerstein’s “Carousel” connected with audiences.

Asked if she ever gets tired of playing such an emotionally charged role, Gordon admitted that there are times when the play is emotionally exhausting.

The death scene can be especially draining, and she joked that sometimes there “is not enough ice cream in my freezer” to help navigate the emotional tides that come when playing such a demanding role. 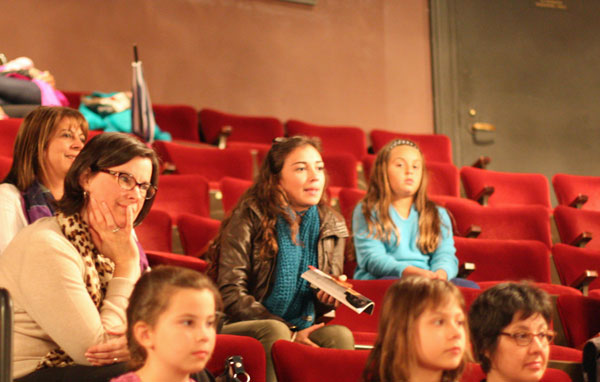 Many of the young people attending were accompanied by their supportive parents.

Gordon’s mother, who lives in London, is also supportive and has seen “Carousel” 13 times.

But aspiring actors need more than a support network, talent and skills.

Gordon talked candidly about the time, prior to her contract with the Stratford Festival, that she couldn’t afford to replace her worn out winter boots. She reminded the group that during these challenging times it’s important to believe in yourself, persevere…and take some non-theatre jobs to pay the bills. 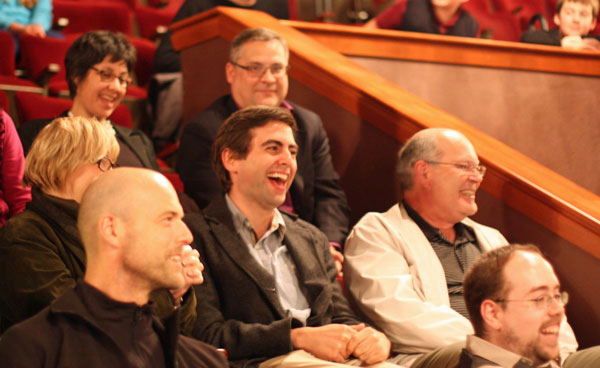 Asked about what role she aspires to play in the future, Gordon said she hopes that one day multiple Tony Award winner Audra McDonald will play her mother in the musical “The Light in the Piazza.”

As fate would have it Susan Schulman, who directed Gordon in Stratford’s “Carousel,” gave Audra her first professional job in theatre.

So if the stars align, watch for a production of “The Light in the Piazza,” directed by Susan Schulman starring Audra McDonald and Alexis Gordon.

And who knows, one day one of the young performers from London’s Original Kids Theatre Company might be lucky enough to perform with Gordon.

Andrew Tribe, Artistic Director at Original Kids Theatre Company, thanked Gordon for being so generous with her time and inspiring everyone. 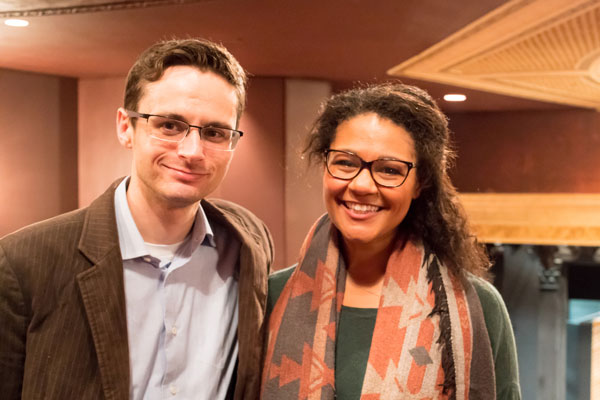 After the talk some of the young theatre fans were lucky enough to get a photo with Gordon. 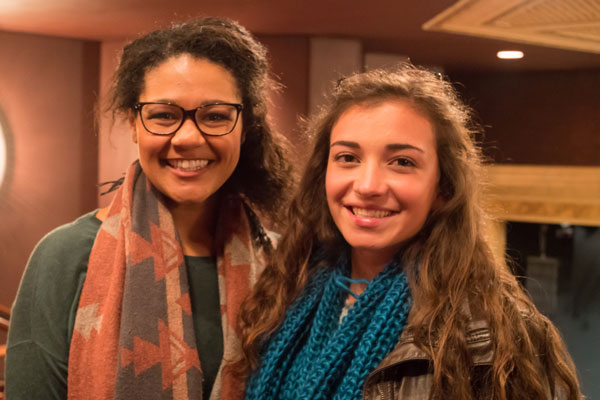 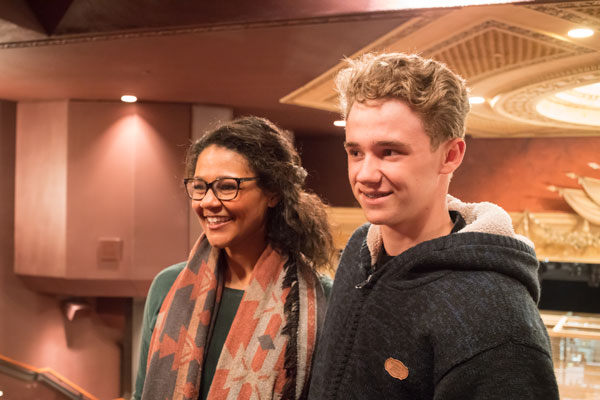 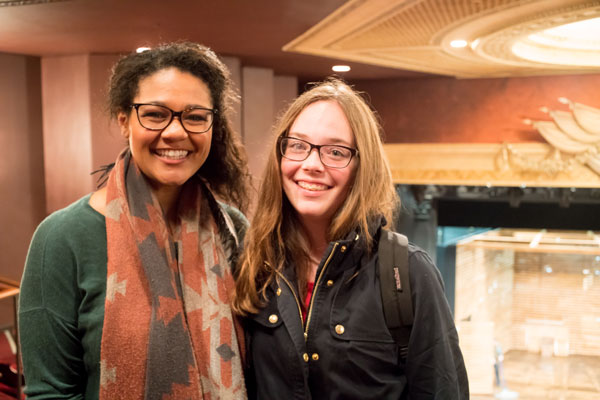 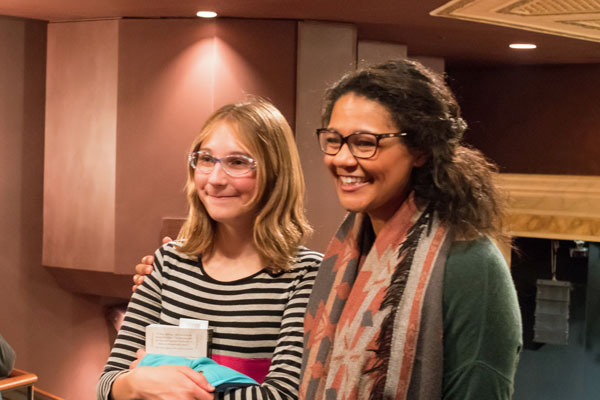 Alexis Gordon performs on the 2015 Stratford cast recording of “Carousel” click “view” to listen to it on iTunes.

Starting Tuesday Nov. 24th Alexis will be performing in “Starbright Christmas” 2015 at the Victoria Playhouse Petrolia.

In January, Gordon will be apearing in “Sunday in the Park with George” directed by her colleague from the Stratford Festival Steve Ross. Stratford actors Mike Nadajewski and Glynis Ranney star in the show being produced by Talk is Free Theatre.

This post is generously sponsored by The Villas of Avon. Boutique inspired condominium living in Stratford, by The Tricar Group. 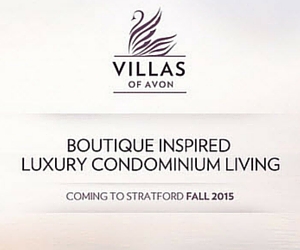