Western Canada’s largest Shakespeare festival has announced it will not be presenting a 2020 season this summer.

The Bard on the Beach Shakespeare Festival was scheduled to run from June 10 to September 26 in Vancouver’s oceanside Vanier Park, where the signature annual event has been staged for the past thirty years.

However, due to the risks and unpredictability of the COVID-19 pandemic, the Festival has now decided to cancel its entire 31st season.

“Our team has spent the past month in an intensive exploration of what might be possible for our season, given the impact of COVID-19” said Founding Artistic Director Christopher Gaze and Executive Director Claire Sakaki in a joint statement. “Our first focus throughout has been the safety and well-being of our patrons, our staff and volunteers, our donors, sponsors and partners, and the greater community we serve and entertain.

“It has now become clear to us that if we stage a Festival in the Park this summer, we won’t be able to ensure the health and well-being of all those people who would gather together at our site and in turn, be in contact with others. And so, we have made the deeply painful decision to cancel our season. We know the impact it will have on so many people we care about – and we are heartsick about that – but we are sure that we are making the responsible and necessary choice.”

The Festival’s 2020 lineup featured Shakespeare’s beloved comedy ‘A Midsummer Night’s Dream,’ playing in repertory with his epic historical drama, ‘Henry V,’ both on the BMO Mainstage. 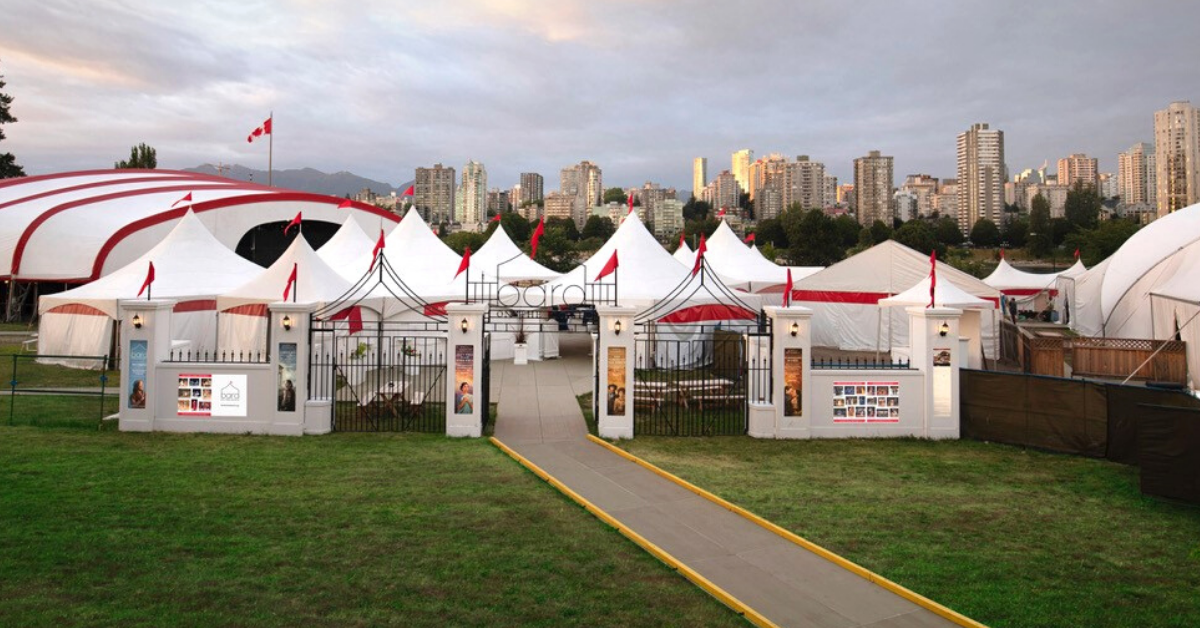 Over three decades, Bard on the Beach has grown to be a signature event on Vancouver’s summer entertainment and tourism calendar. The not-for-profit Festival draws over 100,000 patrons each season, including many thousands of young people who attend subsidized school matinee performances. Over two-thirds of Bard’s eight-million-dollar annual operating budget comes from ticket and ancillary sales, generated over its four-month run, and the organization annually employs almost 300 administrative and production staff and artists.

Says Sakaki “We know that the cancellation of our full slate of over 200 performances will have a significant financial impact on the livelihoods of the people who rely on us for a large portion of their annual income – as well as on our organization. We are deeply troubled by those facts. But we believe we must make the decision to cancel – and make it now – for the safety of all and for the longer-term financial health of our company.”

Patrons who had bought 2020 tickets and ticket Packs will have the value of their purchases honoured through a range of options including 2021 ticket credits, charitable tax-receipted donations, and full refunds. Full details are on the Bard website at bardonthebeach.org