Developed in 1998 at the Adirondack Theatre Festival, Becky Mode’s “Fully Committed” is on the pass and ready for service at London’s Grand Theatre.

The one-person show features Sam Callahan (Gavin Crawford), a struggling actor with a side job taking reservations at a chic restaurant in New York. Booking three-months out, the task of finding free tables and times is daunting – almost as daunting as the clients’ requests themselves. Sam navigates the lines and takes reservations while dealing with a host of personalities ranging from overly sweet to acidly bitter.

Though Sam is the only person on stage, he is not the only character we meet. Crawford is tasked with voicing and embodying every person with whom Sam speaks on the unseen end of the telephone. Essentially, Crawford talks to himself for ninety minutes, seamlessly switching back and forth between characters. The result is a hilarious emulsion of uniquely flavoured personalities, all bound up in the exasperated but patient Sam. 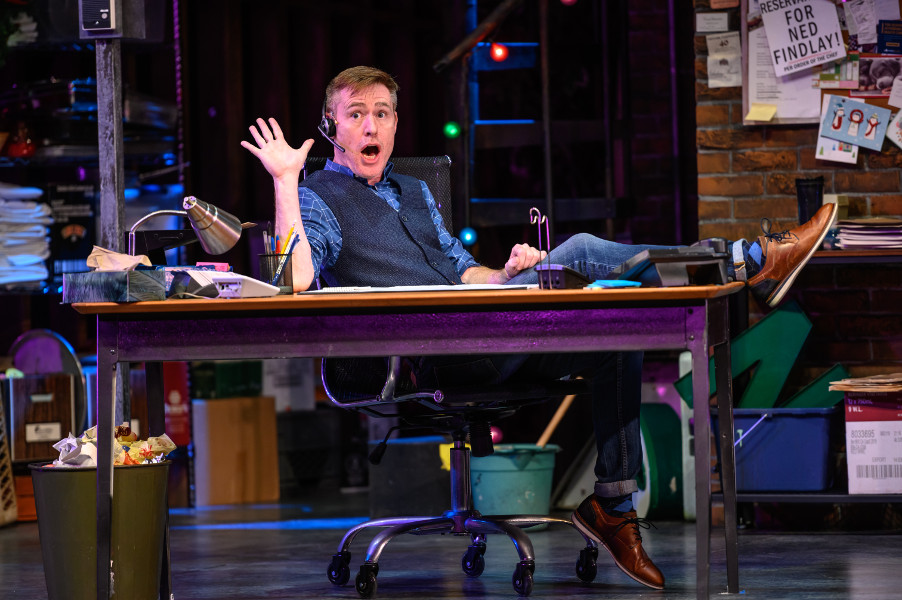 Gavin Crawford. Photo: Dahlia Katz
Crawford’s performance is nothing short of impeccable. He is tasked with playing forty different callers during the play and, with no costume changes or props to indicate these quick transitions, he must use different mannerisms, facial expressions, and voices for each role.

Responding to his colleagues on the intercom as Sam, Crawford also embodies the gesticulating and incensed Maître-D Jean-Claude, the timid hostess Stephanie, and the well-meaning, if overly chatty, Oscar. On stage right, Sam’s cell phone blares “You’re So Vain” whenever Jerry, Sam’s friend and acting rival, wants to subtly brag about his own success while prodding about Sam’s failures. When Sam picks up the ominous red telephone on stage left, Crawford channels Chef, transforming his face and mannerisms into the arrogant and rather crude head chef. 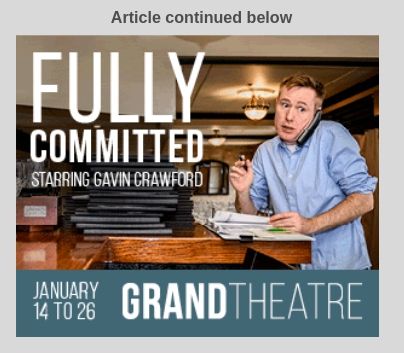 While these roles are all delicious, the real delight is how Crawford embodies the restaurant’s diverse clientele. Here, his performance becomes a tasting menu of its own, a delectable assortment including unappeasable Mrs. Sebag infused with pestering Bunny Vandervere and an assortment of artisanal personal assistants. All is served, of course, with a bottle of Carolann Rosenstein-Fishburn’s red-faced whine.

Most of the characters are staples on the menu, but the play offers substitutions to fit the times. The flamboyant personal assistant Bryce, for example, works for Gwyneth Paltrow in the Grand’s version of the play, though in Mode’s original script he calls on behalf of Naomi Campbell. Topical, too, is the inclusion of news anchor Anderson Cooper and a brief call from a secret ingredient which I won’t divulge here.

“Fully Committed” is a light and frizzante, a pleasant comedy served through Crawford’s acting finesse. However, the play contains darker, savoury notes as well.

The relatively simple plot is merely a garnish atop Sam’s robust character development. Despite being at the centre of this vast network of voices, he is clearly feeling isolated, disconnected from his work, friends, and family on the other end of the line. A recent breakup, a personal tragedy, and the fear of yet another failed audition offer a rich layer under the production’s surface levity. 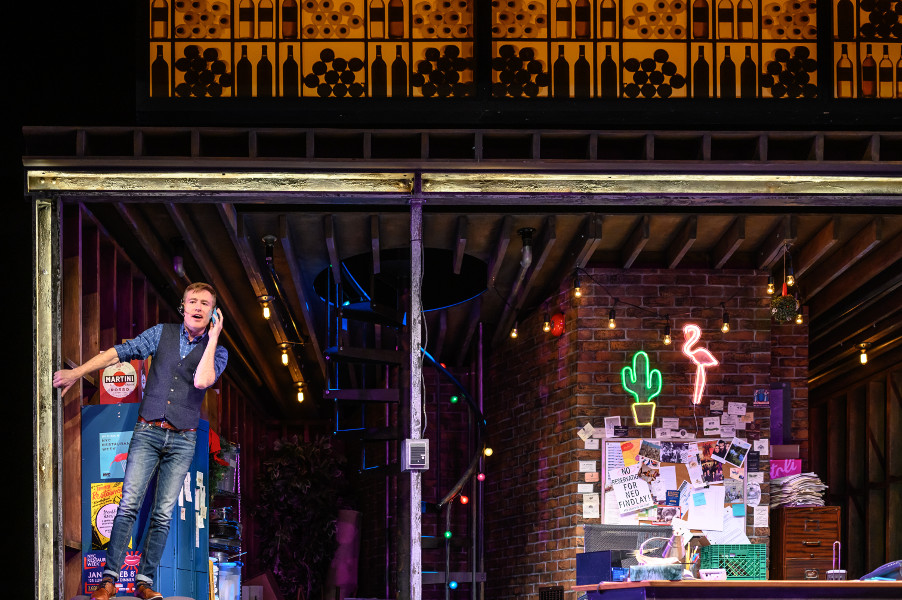 Gavin Crawford. Photo: Dahlia Katz
The play’s presentation is as impressive as the acting itself. Michael Gianfrancesco’s set captures the isolation of a basement office by framing the stage with wooden beams and unfinished walls. Papers scattered over the desk and tacked haphazardly to the bulletin board point to the play’s overarching organized chaos. Two neon signs, a flamingo and a cactus, indicate the office staff’s subtle resistance to the extravagant restaurant above. Together with sound designer Verne
Good’s incessant telephones and Michael Walton’s lively lighting, the set is charmingly unrefined.

“Fully Committed” is bound to be the hottest spot in town; the service is superb, the venue charismatic, and the menu of characters is diverse. I’d advise reserving a table because seats will be booking fast. 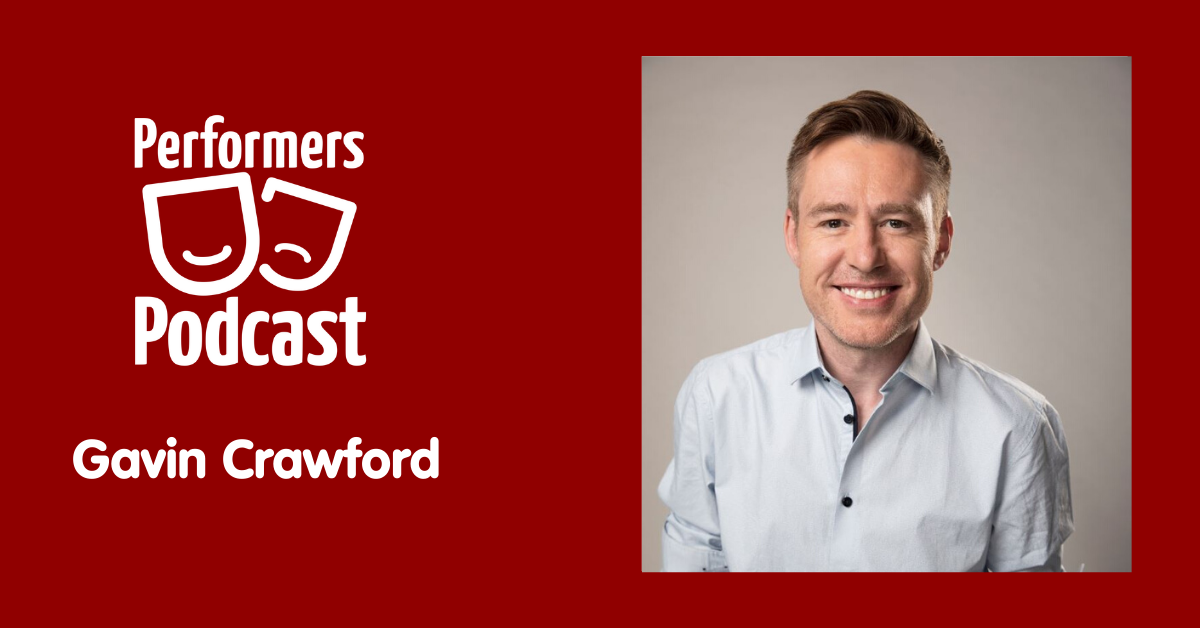 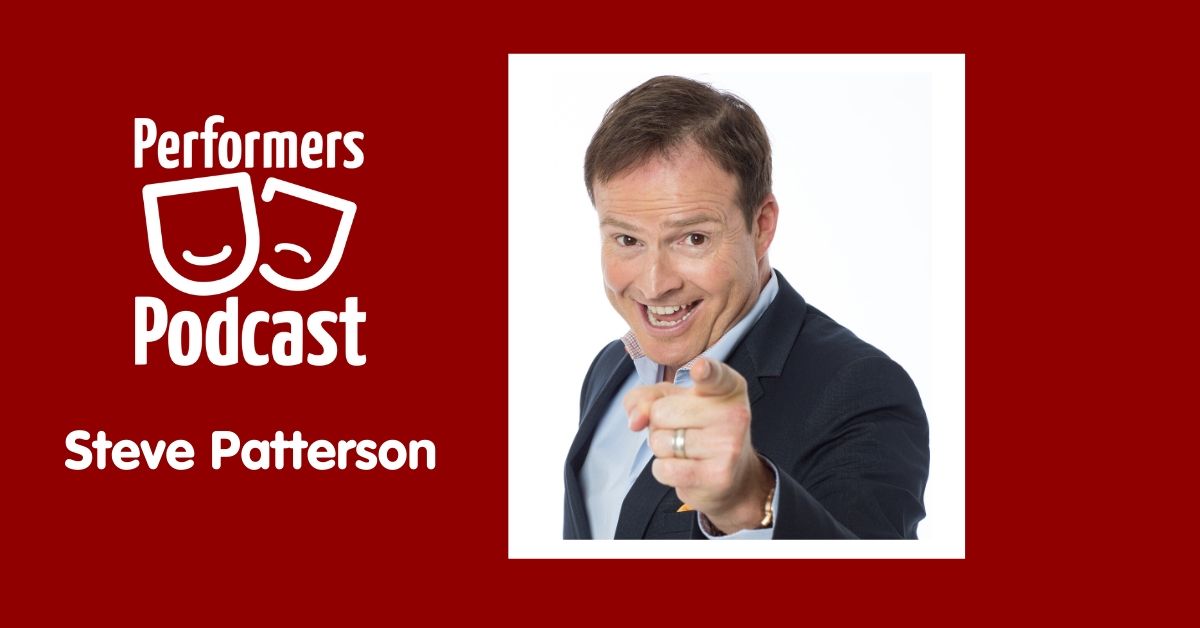 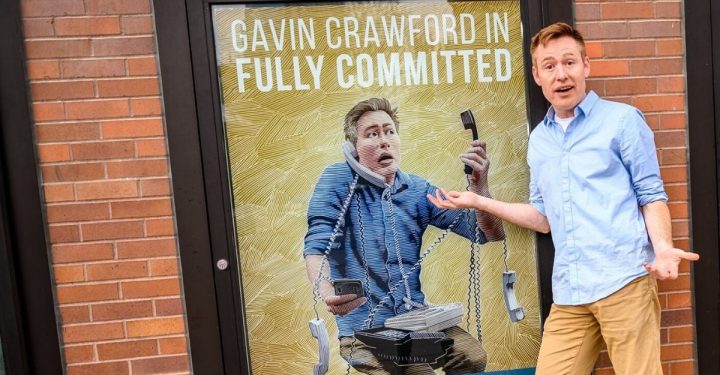 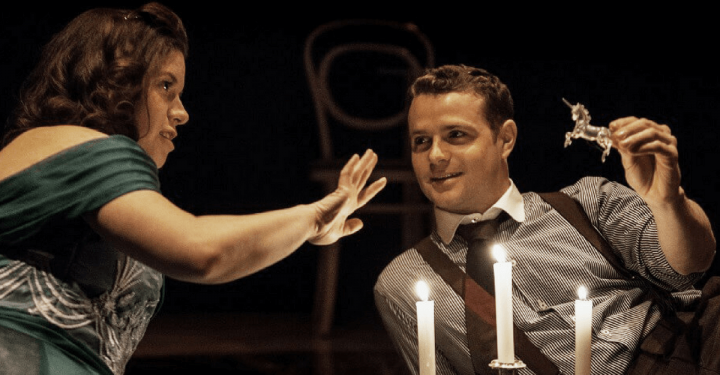