When “Mary Poppins” begins performances at the Grand Theatre on Nov. 26, three nationally acclaimed actors will be marking homecomings of sorts. The production features London natives Deborah Hay as Mary Poppins, Mark Uhre as Bert and Alexis Gordon as Winifred Banks. Each represents a different generation of actors who grew up and developed their craft in London.

Deborah Hay is one of Canada’s most versatile actors; she has a mastery of contemporary work, classics and musical theatre. Her work this past year proves that, and there’s no denying Hay’s beginnings as an actor are firmly rooted in the London theatre community.

You will find many actors performing in the community today, who have fond memories of working with a young Deborah Hay. When Hay was 18, she played Peggy Sawyer in London Music Theatre’s (now Musical Theatre Productions) 1989 production of “42nd Street,” which was performed at Centennial Hall and directed by Don Fleckser. 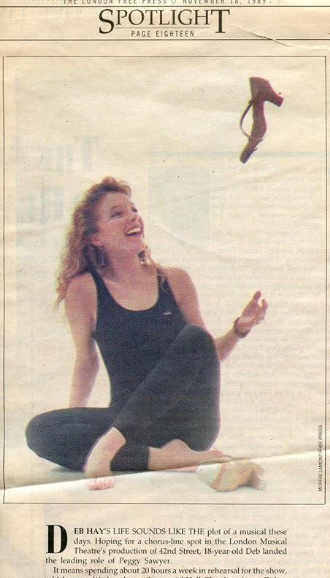 Fast forward to 2019, when Hay’s performances began by playing Nora in Lucas Hnath’s 2017 iconoclast hit “A Doll’s House Part 2” for the Manitoba Theatre Centre and Mirvish. Then Hay was at the Shaw Festival where she gave an empowered version of Roxanne in “Cyrano de Bergerac.” She also played a series of memorable noblemen, and the first post-restoration actress Nell Gwyn, in Howard Barker’s controversial “Victory.”

Hay’s stellar season concludes with the title role, Mary Poppins, at the Grand.

But it’s not only the 2019 season that’s garnered Hay critical acclaim. For many seasons Hay has been a heavy hitter for both the Shaw and Stratford Festivals. Her performance as Billie Dawn in the 2009 Shaw Festival production of “Born Yesterday” remains one of the best performances I have ever seen, full stop. 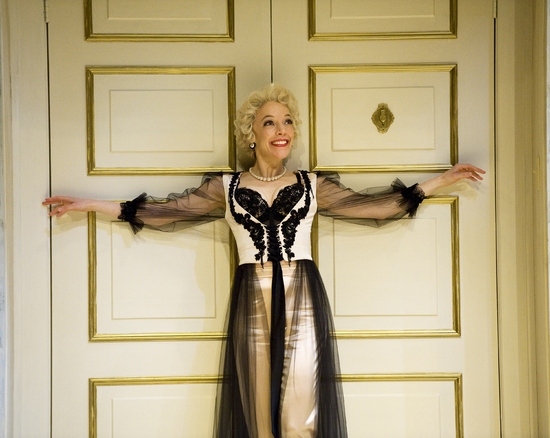 Hay also gave one of the most complex interpretations of Kate in “The Taming of the Shrew” at Stratford in 2015. The performance is recorded for posterity and can be viewed anytime on CBC Gem. 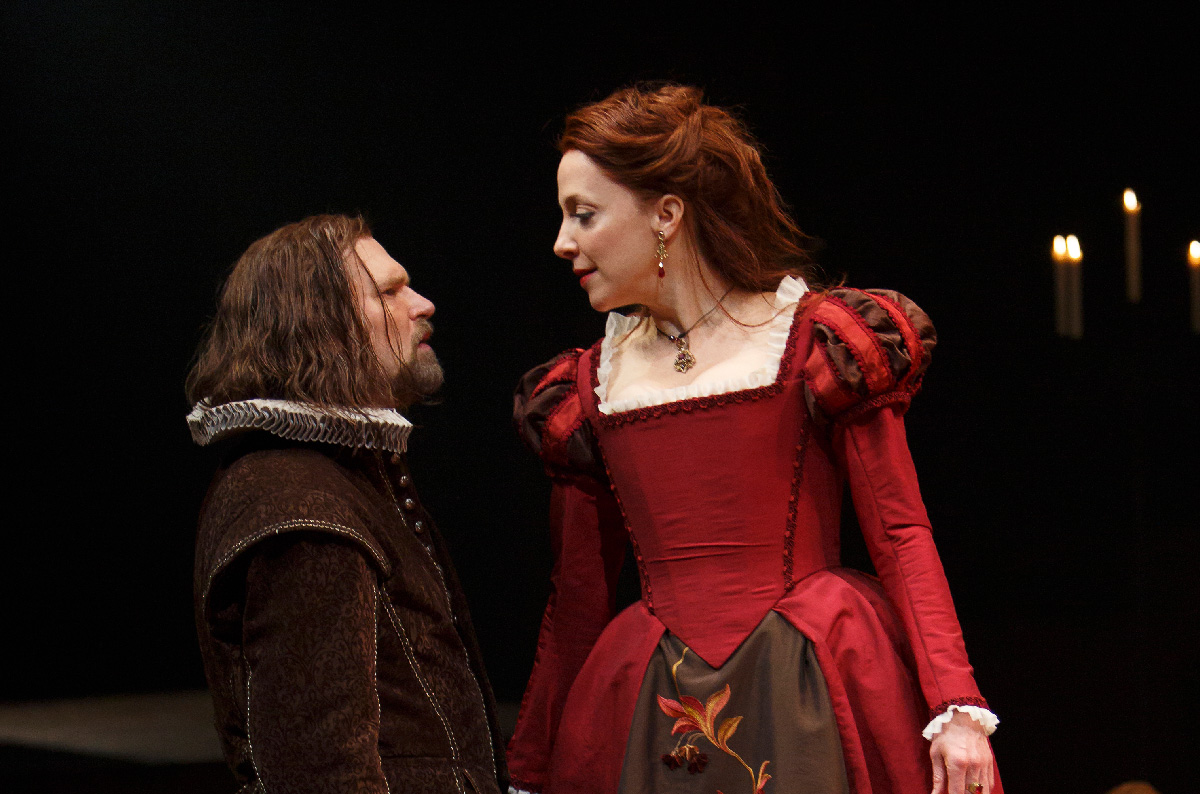 Mark Uhre, who plays Bert, the role made iconic by Dick Van Dyke in the 1964 film, has similar storied roots within the London theatre scene.

In 1998, ten years after Hay performed in “42nd Street,” Uhre starred in the Grand’s first High School Project, as Tony in “West Side Story.” 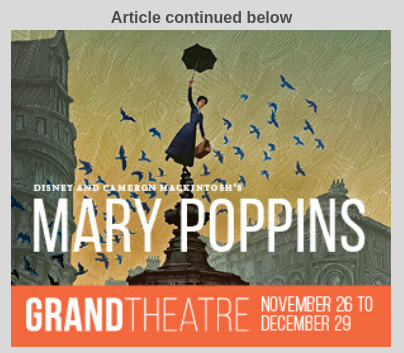 From there, Uhre went on to study at the Guildford School in the UK. Since then, he’s built a formidable professional career, including seven seasons at the Shaw Festival performing in musicals and classics.

He played Enjolras in the new Broadway production of “Les Misérables,” which played in Toronto prior to Broadway.

More recently, Uhre has transferred over to Stratford where he has given memorable performances in “HMS Pinafore” and “The Music Man.” Watch for Uhre as Lancelot in the Statford Festival 2020 season production of”SPAMalot.”

Mark Uhre as Sam in Trouble in Tahiti.
Photo by David Cooper.

Alexis Gordon represents the next generation of nationally renowned actors whose careers began in London. Gordon made her debut at the Stratford Festival in 2015 as Julie Jordan in “Carousel,” and gave a beautiful performance as Sarah Brown in “Guys and Dolls” in 2017. She has quickly gained recognition as an exceptional actor.

In 2020 Gordon will play Ma in the North American premiere of Emma Donoghue’s “Room” at the Grand before the production transfers to Toronto. Gordon’s artistic roots lie with her years singing with the Amabile Youth Singers, an institution in this city, which provides training that alumni have applied to many different artistic disciplines.

The common denominator amongst these three performers: the London community provided unique opportunities to hone and develop their craft in both educational and professional settings. It will be wonderful to see all three sharing the stage for the first time, back home, at the Grand Theatre! 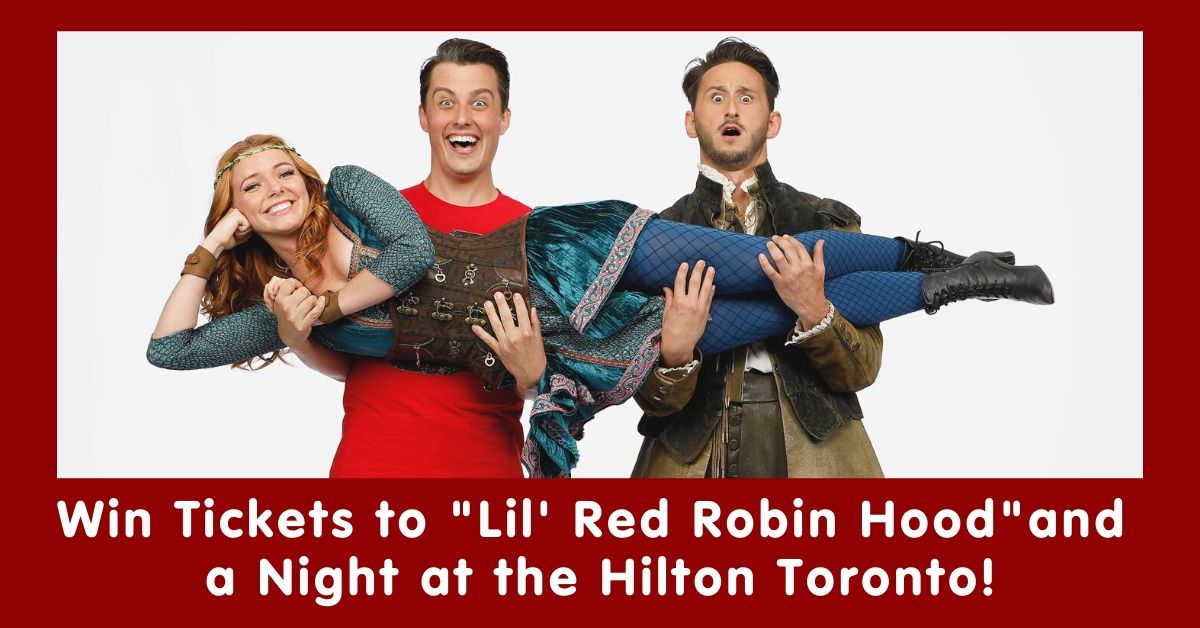 Gordon, Hay and Uhre Return to London in ‘Mary Poppins’ 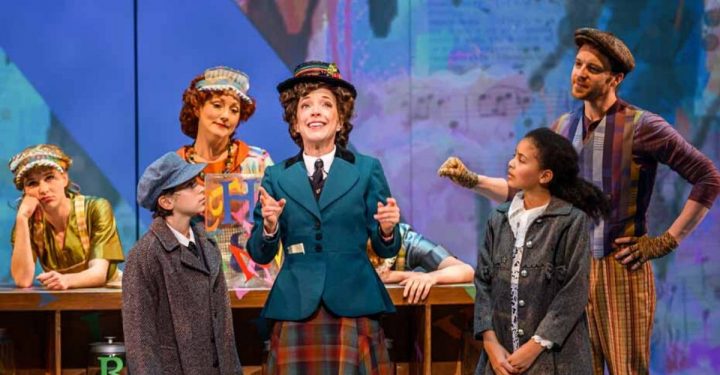