DeAnne confessed that in elementary school she once got sent to the principal’s office for disrupting the class by singing a teacher’s name: Mrs. Dayo (“Day-O,” from The Banana Boat Song). As a “Beetlejuice” fan, I’d struggle to refrain as well.
DeAnne also admits to Jaywalking.
Could we please trade rap sheets?
(Source: Stop Podcasting Yourself)

2. DeAnne is a real-life Robin Hood.

When DeAnne worked as a grocery store cashier she would sneak food to the less fortunate without charging them for it. The store eventually went bankrupt.
(source: Don’t You Know Who I Am?) 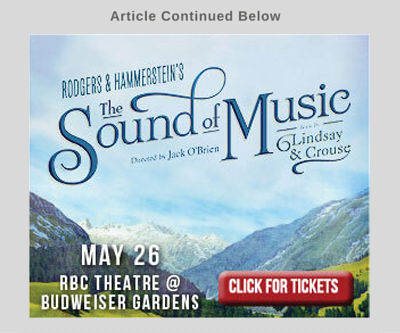 3. Behind every great artist is an even greater pet.

Australia! The only thing that consoles my tiny pup when I'm away is knowing you're coming to my shows. Get tix! https://t.co/0Vq86eWq5N pic.twitter.com/gRINsKwJdY

4. Even she has nightmare dates.

It’s nice to not be alone in that department.
I’m not exactly saying that I’ve had to phone-a-friend for help to get me out of a particularly sticky situation, but DeAnne has!
(source: Don’t You Know Who I Am?)

what i imagine most people think after a well-received tweet: "cool"

what i think: "phew! i have successfully communicated in human yet again! …but how long can this streak last?"

DeAnne Smith has appeared on “Last Comic Standing,” “Funny as Hell” and “The Late Late Show with Craig Ferguson.” Recently she’s been performing in Luxembourg, Chicago, Sydney and Melbourne.

You can still get tickets for DeAnne’s May, 15th performance at Wolf Performance Hall. 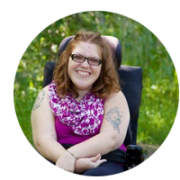 Karli Steen is a lifelong resident of London. When she’s not writing at Diply.com she’s peforming ‘sit-down’ comedy, trying in vain to avoid adulthood.

5 Things you need to know about DeAnne Smith