Scott McKowen is an award-winning art director, illustrator and graphic designer with a unique approach to designing graphics for theatres. He’s one of the featured artists at the Ting Comic and Graphic Arts Festival running until May 5th at the Arts Project in London.

The first theater poster McKowen designed professionally was for a high school production of the musical “Once Upon a Mattress.” He misspelled the hand-drawn title with only one “t” and had to reprint all the posters at his own expense, which he says was an excellent lesson for a beginner.

These days McKowen works with clients around the world while maintaining his connection to the local arts scene; for example the illustration below, which is on display at the Ting Comic and Graphic Arts Festival exhibition, was created for the Grand Theatre’s upcoming production of Margaret Atwood’s “The Penelopiad,” in January, 2019. Atwood’s play presents “The Odyssey” from a modern perspective. McKowen told me that the only prerequisite for the Grand Theatre’s poster image was that it be a contemporary image, “they wanted to avoid a poster looking like something for an ancient Greek play.”

McKowen’s solution was a modern Penelope holding a priceless ancient Greek vase — and she’s dropping it. There’s a reference there to Ai Weiwei’s 1995 performance piece “Dropping a Han Dynasty Urn.” 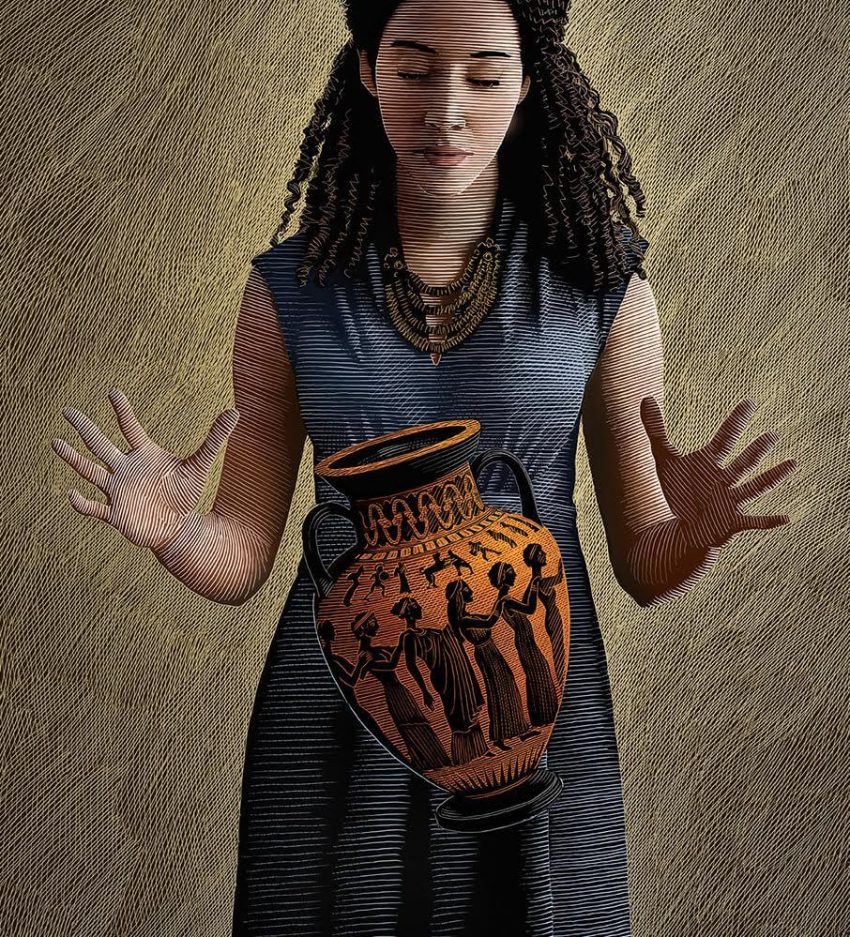 For the upcoming 2018 Stratford Summer Music poster McKowen said that artistic producer John Miller’s only prerequisite was that the poster feature a full moon to highlight a new art installation by Luke Jerram, who created the street pianos installation “Play Me, I’m Yours,” coming to Stratford in August. McKowen added the ancient Greek god Pan and turned him into a portrait of Miller – it’s Miller’s last season before retirement. You can tell it’s John from his glasses. 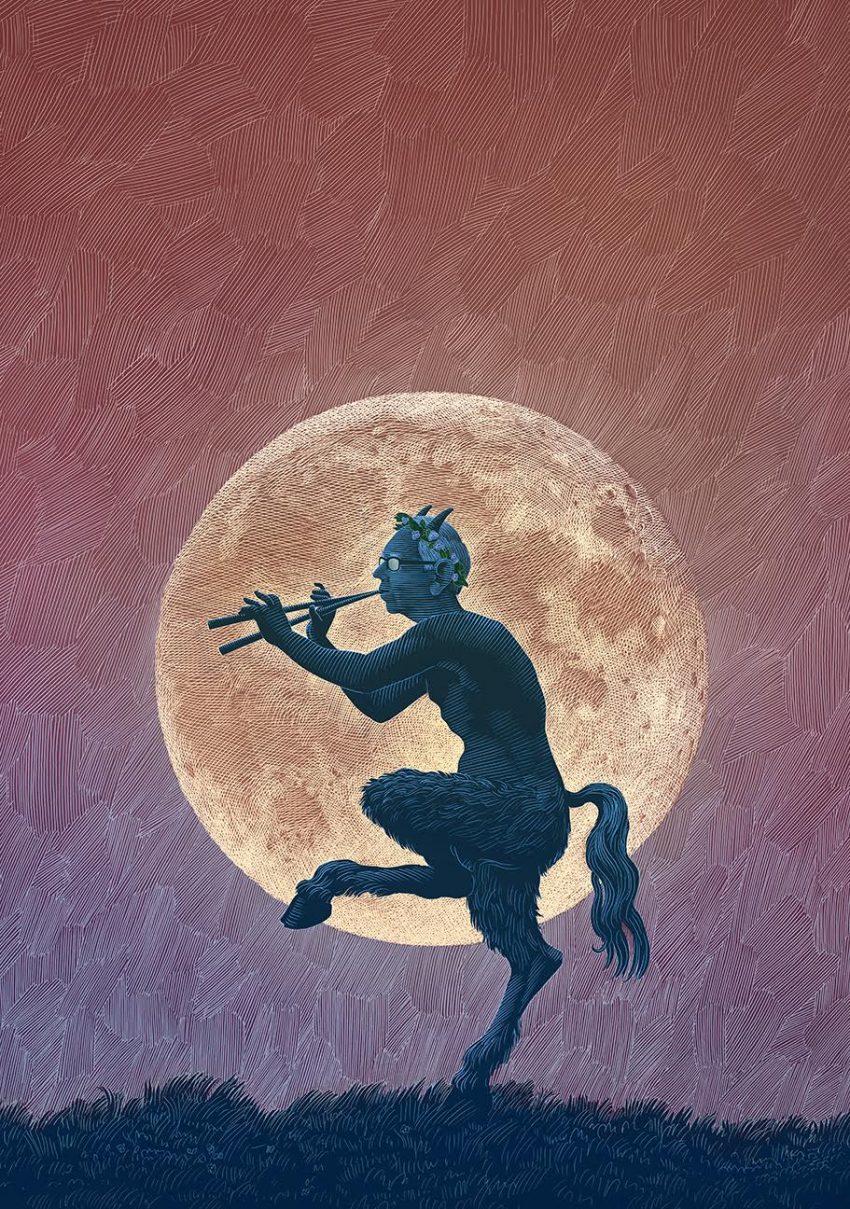 1) Your scratchboard technique involves using a knife to scratch the ink away and reveal the clay below. You’ve said that these engraving lines are improvised completely. Explain a bit about your process of researching and imagining the work before you begin working with the knives.

A great illustration depends on a great concept, so every assignment starts with a problem-solving process.

For a theatre poster, it’s an exercise in distilling a play down to a single visual metaphor. For a book, it’s an exercise in distilling a novel down to a memorable cover image (of course you can judge a book by its cover!). This is a mysterious process, and it’s different for every project. And it’s highly subjective — if you assigned “Hamlet” to each of the artists in this exhibition, you would get ten posters that are completely different from each other because we would all have our own individual response to the play.

I keep an “idea book” with me all the time — an insight might occur at any time that leads to a new concept. I send my two or three strongest ideas to my client as rough sketches — hopefully they like something they see, or we might throw further ideas back and forth.

Once a concept is mutually agreed upon, the specific details of the drawing are worked out in more refined pencil sketches. I often work from a model if there is a figure in the drawing. The protocol of the business is that you never start final art until the client has approved a final pencil sketch.

I would say the medium is more rigorous than spontaneous — when I sit down to start engraving, I have the structure of the engraving carefully planned out ahead of time.

You’ve described the medium perfectly — scratchboard is a white clay surface, fused to a piece of masonite and then covered with a layer of black ink. White lines are “scratched” into the all-black surface using an exact-o knife. When you pick up a black pen and draw on white paper, you build up layers of hatching to render shadow areas. Scratchboard is exactly the opposite — you’re drawing the highlights.

I love black and white assignments because the finished drawing is final art.

But most of my theatre poster and book cover assignments are color. I scan the finished drawing at a very high resolution; then I mask off every area that will be a different color in Photoshop Channels (these are like hard-edged stencils — depending on the complexity of the art, the masking can take as much time as the engraving itself). Then I load the channels one by one and use the masks to lighten the black lines, flood color into the white lines, and start to experiment with how layers of colors might interact with each other.

2) You designed theatre posters for the Shaw Festival, The Canadian Stage Company, The Grand Theatre and New York’s Roundabout Theatre, just to name a few. In the early days did you seek out work in the theatre industry or did they seek out you?

I found myself already specializing in theatre and performing arts when I was studying at the University of Michigan School of Art, in Ann Arbor (in the late 1970s). Everyone wanted to be an actor or a director; theatre posters was a niche that I had pretty much to myself.

I moved to Stratford in 1980 when I was offered a job working for a small studio that designed the marketing graphics and publications for the Festival here. I didn’t realize at the time that this move would open up both sides of the border (I had permanent resident status then; now I’m a dual citizen).

The Grand Theatre in London was the first theatre to commission me to create marketing graphics with a consistent look over an entire season — that was really the start of my career. I worked at The Grand for eleven seasons under four different artistic directors (Don Shipley, Larry Lillo, Michael Shamata and Martha Henry). Returning to work with Dennis Garnhum feels like a homecoming.

One never knows exactly how new clients see your work. In the early days I certainly knocked on doors. Not surprisingly, it’s difficult to convince a new client that you’re the answer to all their marketing prayers (especially if they have never heard of you). But if you do good work, it leads to more good work, and gradually you start getting calls from new companies who can see the potential of collaboration.

I’ve been doing this for a long time now, and I feel very lucky to be able to take on the projects that interest me. 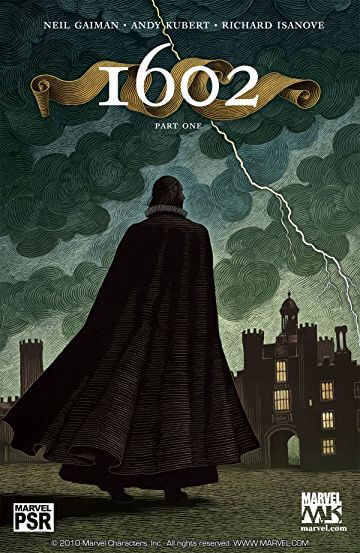 3) How did your approach to creating covers for “Marvel 1602” by Neil Gaiman compare to designing theatre posters?

I treated that project exactly the same way I approach a theatre poster assignment.

A young art director at Marvel called one day out of the blue, described the project and asked if I might be interested. I had not read a comic book since I was ten years old so I asked how on earth they would even consider me for this assignment. The art director loved theatre and had seen my work for the Roundabout Theatre Company (I created posters for over 50 Broadway and Off-Broadway productions for this company over a fifteen-year period). 1602 is the date the story takes place — they thought the covers should be engravings because this was the popular art medium of the period (in the sense of printing and distributing images to the public).

Also, they had never seen scratchboard used for graphic novel cover art, and they wanted this project to feel new. I loved all those reasons and immediately said yes to the project. I was provided with Andy Kubert’s pencil layouts for each of the eight chapters, and treated these like I would the script for a theatre assignment. I sent all my concept sketches directly to Neil and we had wonderful phone chats about them.

4) The eight-part series places Marvel’s heroes into the Elizabethan era. Did your work with theatre posters from texts of that era impact your work on the Marvel covers?

Absolutely. I have done posters for a lot of Shakespeare (and his contemporaries) and I’m very much interested in the Elizabethan world.

5) The Ting festival is named after Merle Tingley, who was the editorial cartoonist at the London Free Press from 1948 to 1986. Have you ever used your art to make political statements?

Political statements find their way onto the stage, so theatre posters can reflect that. I just did a poster for a new production (at the Shakespeare Theatre of New Jersey) of Sam Shepherd’s “Buried Child.” This play won the 1979 Pulitzer Prize for Drama — it’s a very dark, disturbing (but very funny) depiction of the American Dream gone wrong. My poster is a twisted version of Grant Wood’s iconic painting “American Gothic,” which signals major disfunction in both family and society. 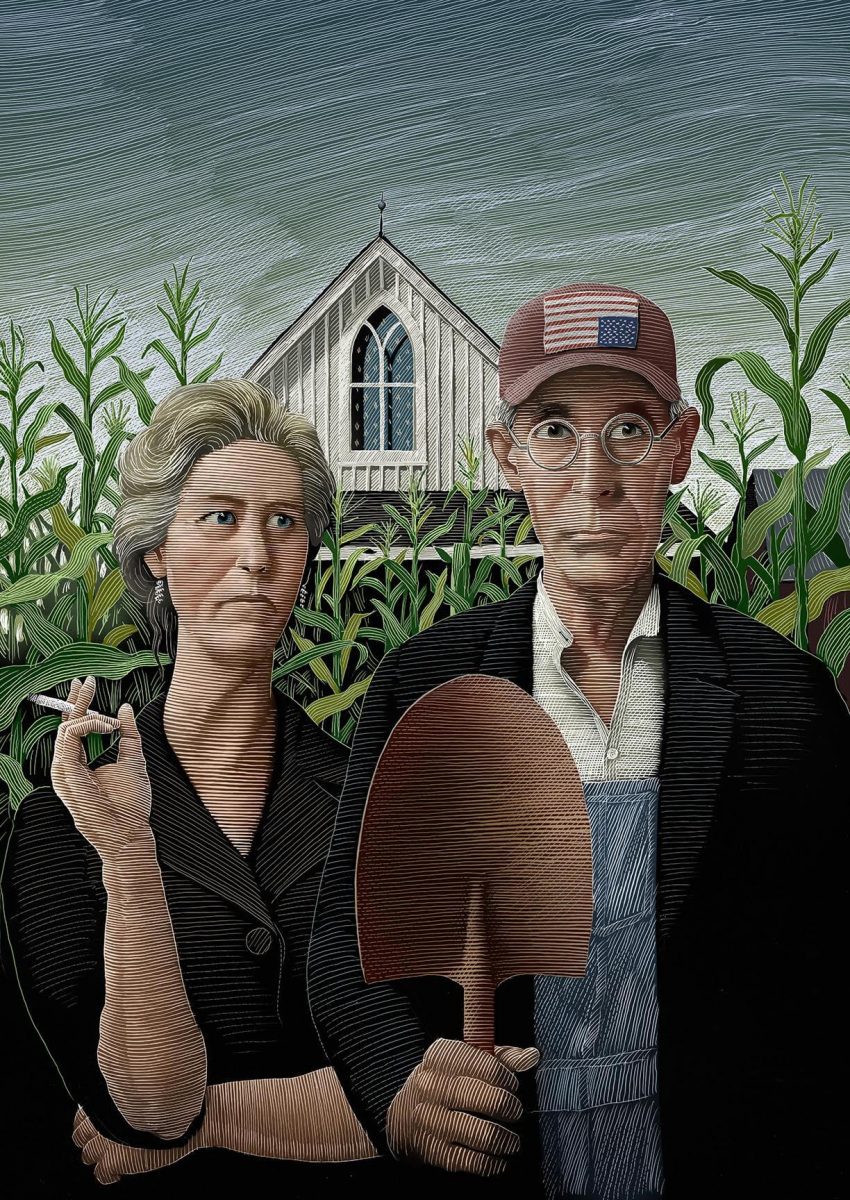 For several years back in the 1980s, I designed publications for the Art Gallery of Windsor. In 1986 they mounted a great show called “Political Asylum,” — it was a career retrospective of Draper Hill, the editorial cartoonist at The Detroit News since 1976. I got to design the catalogue (Duncan Macpherson wrote the foreword!), and I visited Draper at his home and studio in Detroit as we picked the drawings for reproduction. He was an authority on James Gillray, George Cruikshank and Thomas Nast, and Hill often made visual reference to their work in his own cartoons. It was a huge inspiration to get to know Draper and his work.

A collection of McKowen’s work was published in the book “A Fine Line: Scratchboard Illustrations by Scott McKowen.” It is out of print but used copies are available on Amazon.

Firefly Books will be publishing an updated second edition in 2019. 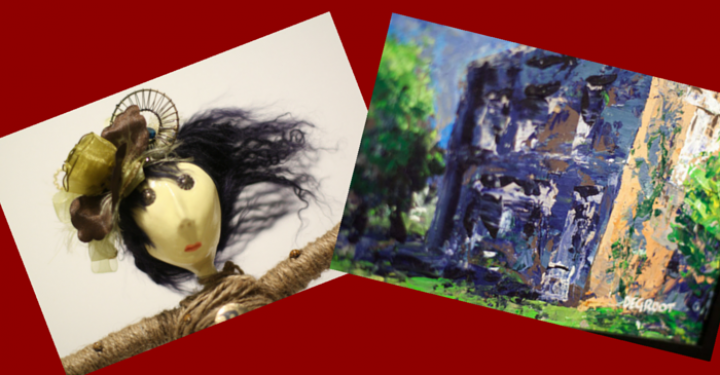 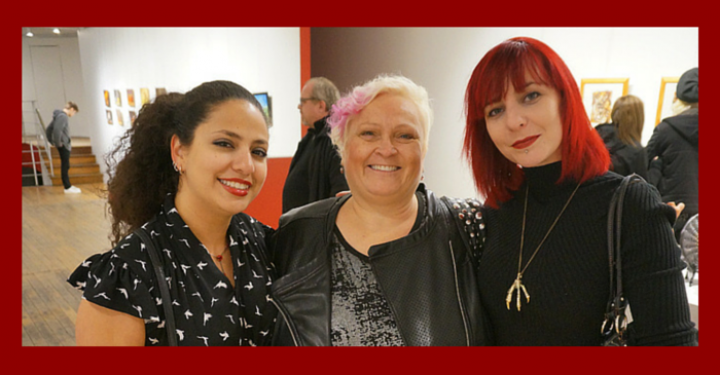