As you walk into the Grand’s production of Tennessee Williams’ “The Glass Menagerie” you leave reality at the door and find yourself surrounded by memories woven from smoke and shattered glass.

In the opening scene, Tom Wingfield (Stephen Jackman-Torkoff) pronounces that this is a play and “The play is memory.” Through Tom’s narration, we venture back to his life as a young adult working in a shoe factory and living in an apartment with his mother, Amanda (Sarah Orenstein) and sister, Laura (Amy Keating). Abandoned by their father, a “Telephone man who fell in love with long distances,” Tom and Laura’s situation is bleak. Tom works a job he hates to support the family and Laura is isolated from both her family and society because of her poor physical and mental health.

The play revolves around the tension between Amanda and her children, specifically the trouble of finding a gentleman caller for her daughter who suffers from a limp after a childhood illness. When gentleman caller Jim O’Connor (Alexander Crowther) finally stops by for dinner, the drama escalates.

Tom frames the play from the outset as a memory play, an abrupt and immediate reminder of the fact that the narrative to come is not altogether reliable. While this could sever the connection between audience and stage, the beauty of the Grand’s production is that it chips away at the external structure until you are pulled through the cracks of this theatrical looking glass and into the minds of Williams’ characters.

This process begins with the set itself. The stage is set in the round, meaning that the action occurs in the centre and the audience is seated on all sides. Even those settled in the back row are up close and personal to the action.

Seated at close proximity, the stage encompasses your senses. The action is set on a beautifully constructed circular floor detailed like shattered glass, fitting for “Menagerie.” Above, two interlocking circular lights hang over the stage. These are further adorned with bulbs containing spun glass, the intricate details of which are visible to the audience. 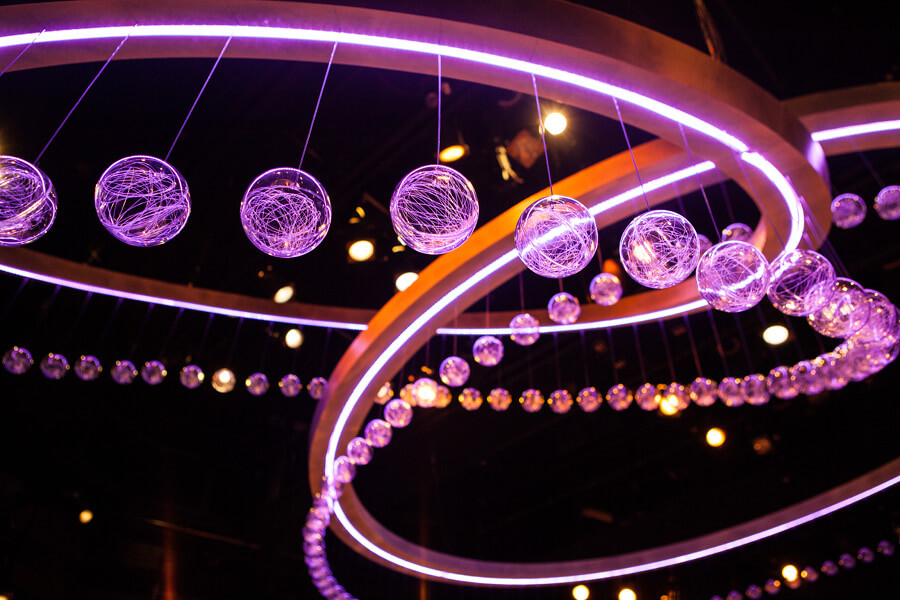 White pedestals surround the circular floor and hold items of black and chrome: a gramophone, telephone, typewriter, lamp, book, and photos. The glass menagerie is set off in one wing, a ladder-like shelf with a mirrored display where Laura has hung her collection of ornamental glass animals.

The sheer detail and texture of the stage is enough to delight you before the action even begins.

Delightful, too, are the performances of Sarah Orenstein and Stephen Jackman-Torkoff. Enticed gently into the play by the set, your attention is then snapped up by the power of the mother and son duo.

Orenstein plays Amanda with an intensity necessary to portray Williams’ ageing southern belle. Orenstein does not hold back when this façade crumbles into the electric paranoia of a mother who craves direction and stability for her children in a world as solid as smoke. Her love for her children is as tender as it is tyrannical.

Jackman-Torkoff’s Tom is, at points, overly forceful with his vitriol and sarcasm, though his role is necessarily exaggerated; these are, after all, traumatic memories. When he settles into the role of loving-yet-conflicted son and brother Jackman-Torkoff’s subtle expressions and gentle demeanour pulls his character back into the folds of his family.

In the opening scene directions of “Menagerie,” Williams writes, “Memory takes a lot of poetic license.” The Grand’s production has certainly taken that to heart in this unique production, both to its detriment but also to its benefit.

Though Tom is the play’s narrator, in Williams’ script Laura is the window through which we gaze into the world of the Wingfield family: her romantic plight fuels the play’s action; the lighting directions call to illuminate her even when she has no active part; and the very title refers to the glass figures she alone cherishes. The hazy memories may be Tom’s, but we enter into the imaginative space of Laura and her glass animals through the course of the play.

The Grand’s “Menagerie”, however, holds Laura at arm’s length, especially in the first act. Here Laura no longer serves as the pained pane of glass through which our gazes look. Instead, her narrative dissipates into the air with Tom’s cigarette smoke.

Under director Megan Watson, the focus shifts from the delicacy and distance of imagination and memory to the domestic turmoil of a post-war American family. The constant battle between mother and son over money and Tom’s writerly ambitions take centre stage. The failings of Amanda and Tom eclipse Laura’s precarious future and talk about potential gentlemen callers falls by the wayside.

While the play’s start is rather slow, the second half more than makes up for it.

As the lights dim in the second act, Amy Keating’s Laura begins to shine. Keating holds her own as the socially awkward and physically disabled daughter. Her vulnerability shows with every quaver of her voice, but when swept away with enthusiasm for the menagerie her sincerity and confidence are striking. Her strengths are more apparent alongside Alexander Crowther’s Jim O’Connor. His Jim is spot on, from his charming swagger to his robust voice. 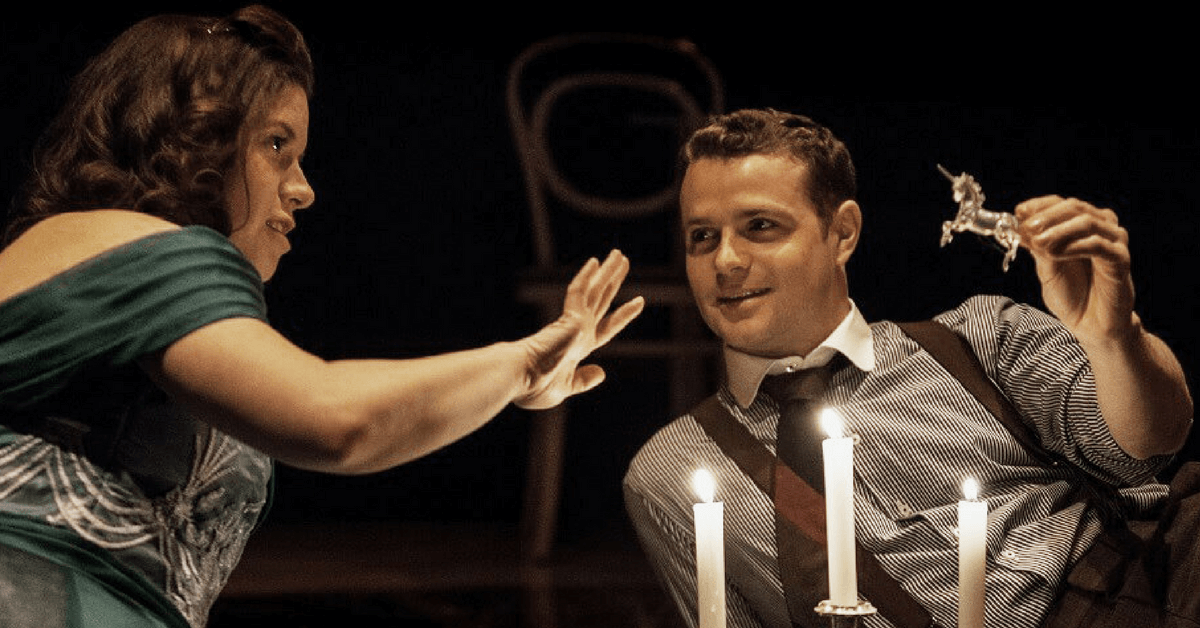 Orenstein and Jackman-Torkoff are the dynamic driving force behind the family’s turmoil while Keating and Crowther are the glass through which the entire play’s course refracts directly into the heart of the menagerie.

The production is an intimate adventure that shouldn’t be missed.