When you enter the Grand Theatre to see “Blind Date” on from Feb 13 to March 3. It is likely that someone will strike up a conversation with you.

I do not mean a fellow audience member, or an usher or bartender, though that may also happen. I mean someone with a French accent and clown nose might come up and be curious about who you are. Who is this person, she is Mimi, a French clown and she is on a scouting mission before the play. She is trying to gauge who might be the right person to go on a date with her tonight.

“Blind Date” is a play where the main character is plucked from the audience every night and goes on a ninety-minute date with the vivacious and charming Mimi. 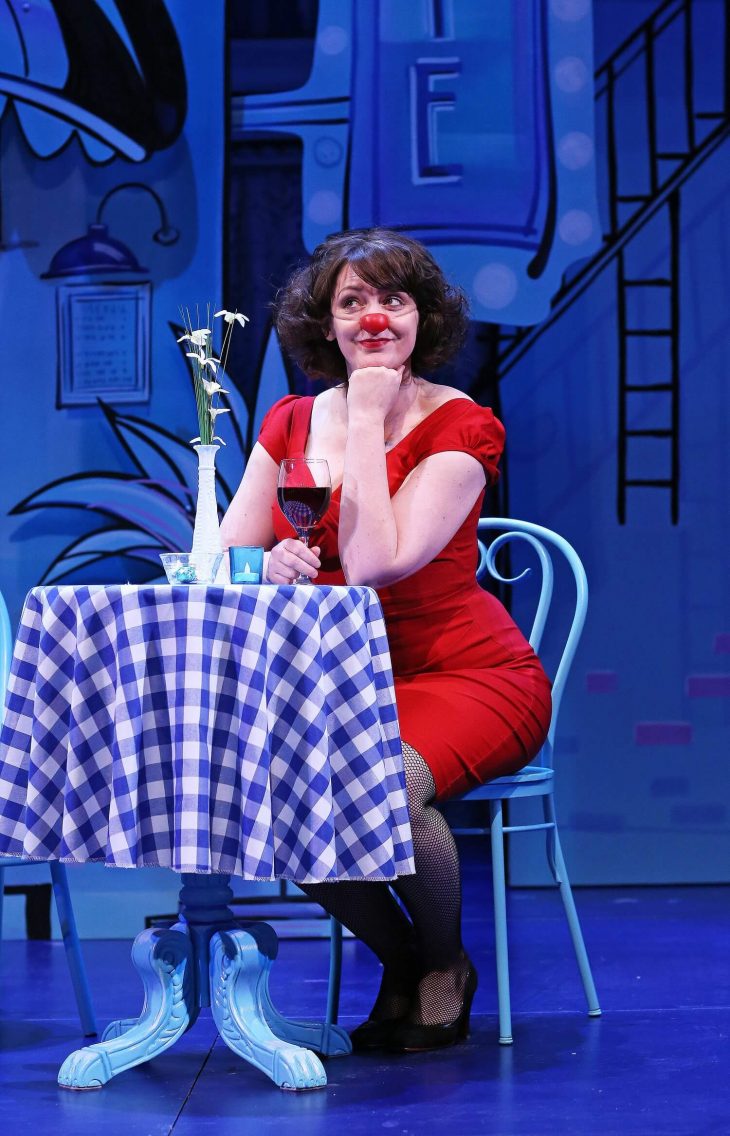 Mimi is looking for someone who she feels she could talk to for a full evening, someone who sparks interest in her. Also, ticket holders should know, she will only pick someone who is willing to go on stage.

All this is the creation of improviser Rebecca Northan, who has travelled the world with “Blind Date.” Northan describes her work as spontaneous theatre. She learned her craft at Calgary’s legendary Loose Moose Improve Theatre, led by Dennis Cahill. Loose Moose is an institution that has turned out many of Canada’s leading improvisers, including the team behind the CBC Radio hit “This is That.”

“Blind Date” is improv, but it is improv of a different order.

Northan and her ensemble are not interested in trying to make laughs at any cost. They are interested in allowing naturally funny moments to occur.

And believe me, having seen a previous production of the show, much laughter does occur. Northan’s job is to make her date from the audience look good, feel good and have a great time. The improv of “Blind Date” is much closer to the kind of improvs that are done in theatre schools, where actors mine the information and experience of a situation in order to understand the nuances of human interaction. The chief goal is: be genuine and honest – which is the recipe for any good piece of theatre.

“Blind Date” could also be labelled as post-dramatic theatre. Post-dramatic theatre is a genre of theatre which is currently being led by Canadian theatre makers such as Jordan Tanahill (Concord Floral, Declarations) and James Long and Marcus Youssef (Winners and Losers). This genre emphasizes including the REAL moments onstage.

This could mean allowing an improvisational experiment to unfold in real time or placing people who are not trained actors on stage. “Blind Date” does both of these things, it is an experiment that could go in many different directions every night. It also places a person who is not a performer in the spotlight.

Part of the beauty of the play is that you can watch a person interact with Mimi without the pretense of performing. You get to watch a person simply exist as they are. It is a testament to Northan and her company?s training and skill that they get the person to relax to such an extent that they simply have a conversation, without being mindful of the fact that hundreds of people are watching them. 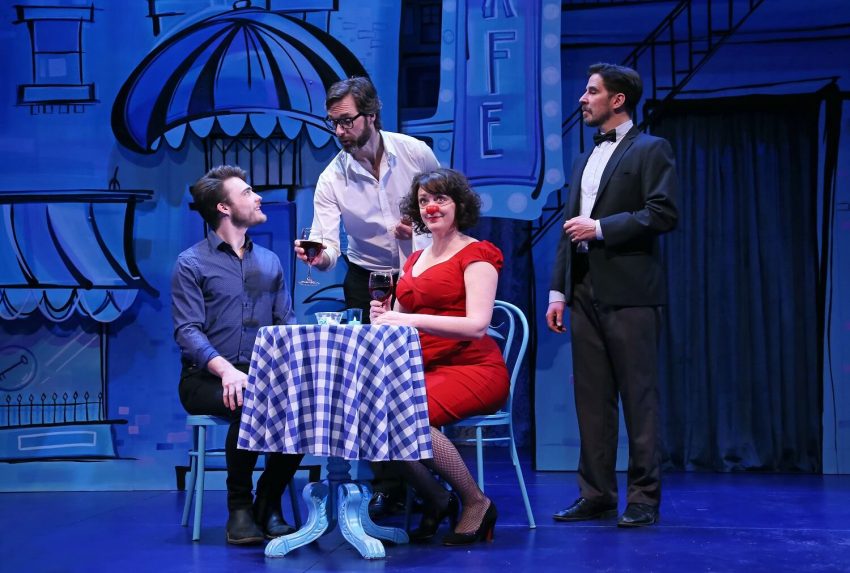 When you go to “Blind Date” you will see a lot on stage that will make you laugh, joyful loving laughs. Laughs, that as Northan makes clear, are not at anyone’s expense.

You will also witness a most beautiful human interaction. The interaction of a person taking care of another person. Two people, an actor and an audience member, making each other look really good. That is after all the essence of acting. Giving energy to your partner, knowing when to support them and knowing when to allow yourself to be supported by them. Knowing how to care for a person and make that care known. Knowing how to be interested in that person and making that interest known. Here is the genius of “Blind Date” which struck me when I saw the piece and is also something Northan has pointed out in her fantastic Ted Talk, all these traits are not only the secret to good acting, they are the secret to having a good relationship. 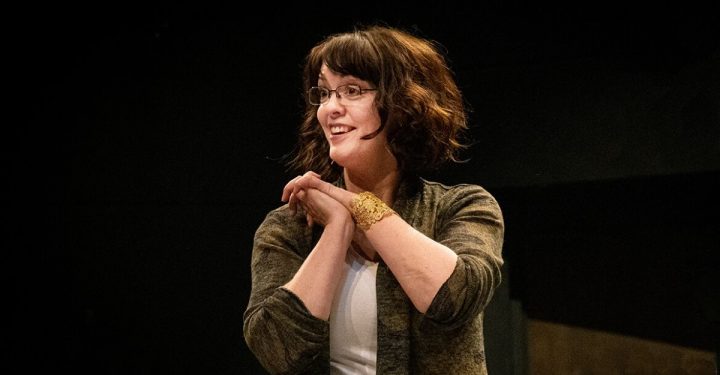