I had a chance to catch up with Kyle Golemba during the rehearsals for “A Christmas Carol the Family Musical with a Scrooge Loose.”

Kyle has been a company member at the Stratford Festival, (“West Side Story” and “Jesus Christ Superstar” both with Chilina Kennedy, at Stratford) and an ensemble member at the Shaw Festival (“Major Barbara,” “Guys and Dolls,” and” Cabaret.”)

Golemba is also well known for his album, and show, “Making Love in a Canoe” which has been described as “a sonnet to Canadian culture that will make you laugh, make you sing, and leave you feeling proud to be Canadian.”

1) You started acting at age 8, do you remember the first time your parents took you to a panto? If so, were you the kinda kid who booed at the villain or sat quietly taking it all in?

Sadly, we didn’t have pantos when I was growing up in Saskatchewan, so my first panto experience was Ross’ 2004 production of “Aladdin.”

A classmate of mine, Rhoslynne Bugay, was playing the princess and got our class into the invited dress. I was hooked! I’ve seen, or been a part of, almost every panto since. And I am a huge boo-er. I love to boo Cyrus in rehearsal. I might just do it from the wings….

2) As an actor, what has been the steepest learning curve on “A Christmas Carol?”

I feel lucky coming into this role because I’ve already done two pantos as an ensemble member and understudy.

I learned about the conventions of panto and the process of putting these shows together watching the work of actors like Ross Petty, Dan Chameroy, and Eddie Glen, as well as hearing Tracey Flye’s insight from the other side of the table. So it feels quite natural stepping into this part. 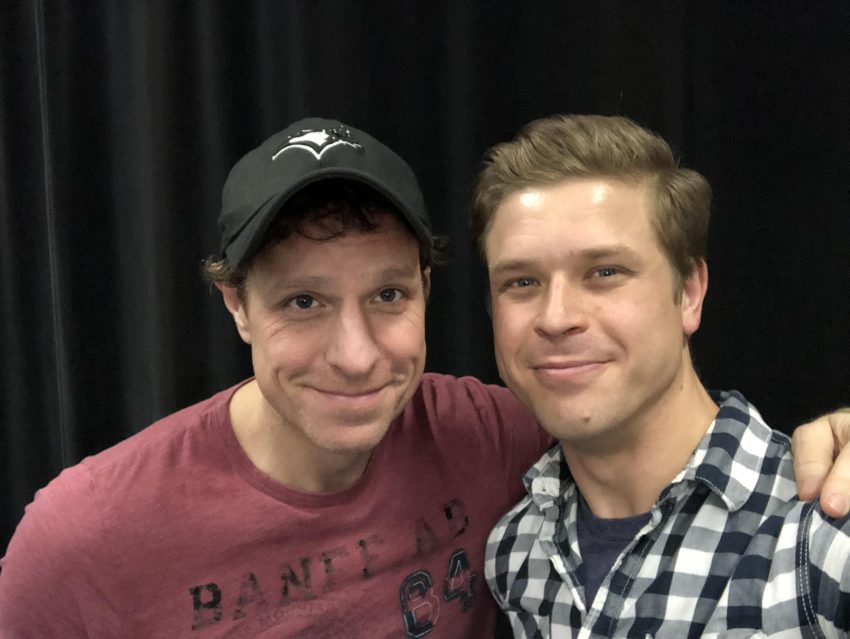 The biggest challenge is not bursting into laughter because of the hilarious cast. I keep biting the inside of my cheek to avoid laughing at Dan Chameroy’s ad-libs. I have a feeling it will be shredded by the end of the run.

3) You trained at the legendary musical theatre program at Sheridan College. What did you learn there that has been the most helpful in your preparation for this production?

The pop classes that were part of the Commercial Performance discipline at Sheridan were hugely informative.

I didn’t sing a lot of pop growing up, so Sheridan helped me learn to sing in a pop style and navigate my way through telling stories in that genre. That’s been a huge asset in performing the contemporary songs that are a signature of the Petty pantos.

4) Your cast mates Cyrus Lane and Dan Chameroy also have a lot of experience at the Stratford Festival, did you ever cross paths with them there?

There are actually eight people working on “A Christmas Carol” who I spent time with in Stratford, including Dan and Cyrus.

It’s one of the things I love most about being an actor in Canada: you’re always reconnecting with former colleagues and getting to go on new adventures together.

I made a lot of friends in my years at Stratford and it’s always a pleasure to get back into a rehearsal hall with them again. 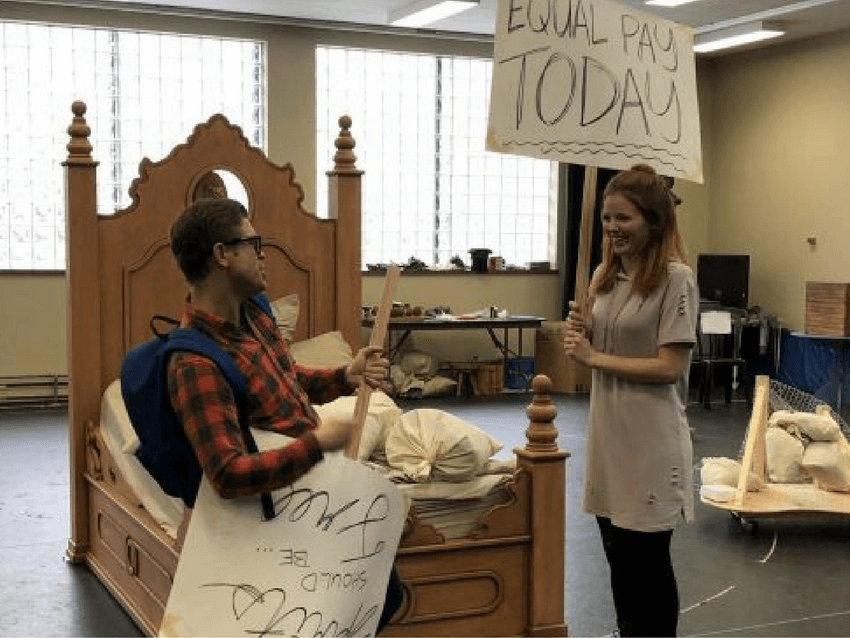 5) “Making Love in a Canoe,” your hit revue traces its roots to cabaret. Ross Petty performed in the legendary “Lido” cabaret in Paris and really knows how to work a room. What has your cabaret experience, and working with Ross & director Tracey Flye, taught you about working an audience?

Cabaret has taught me a lot about comic timing and my sense of humour, which comes in handy for the panto. It also taught me how to respond to things going awry or the audience reacting in a new way – a valuable (and highly transferable!) skill.

Ross was a master of this in his years as Toronto’s biggest villain. He loved talking back to the audience and trying out new material on them. That’s certainly something I’ve added to my toolbox.

And Tracey’s always guiding us to make sure our choices help us hook the audience into our story.

It’s about inviting them into the fun and having a great time as a collective. We’re so lucky to have Ross and his team producing these shows year after year, and experts like Tracey helming them.

Select one or the other from below and explain in a sentence or two.

Anne or Gibert?
Gilbert. I tease people the most when I love them. (Plus it was the role that got me my Equity card!)

Paperback or E-Reader?
Paperback. No device can compete with the tangible nostalgia of a good book.

Steak or Salad?
Salad. I’ve been a vegetarian for almost a decade…although I do have a weakness for poutine with real gravy.

Candy Canes or Chocolates?
A hybrid: Candy Cane ice cream with fudge crackle. No holiday season is complete without a few tubs of it in the freezer.

Win a Family Pack of 4 Tickets

Simply enter below with your email address. You can increase your chances of winning by referring friends.
Even if you are already on the mailing list please enter your email address so we can contact you if you win.Win tickets to see A Christmas Carol The Family Musical with a Scrooge Loose.