By now many people have heard the story so it’s no surprise that when Christopher Plummer was playing Prospero at the Stratford Festival, he could often be found winding down after a busy day at Rundles, one his favourite places to escape the crowds and relax with family and fellow actors over a wonderful meal.

What may be surprising is that the restaurant, a favourite spot for Stratford regulars for decades, is winding down.

So September is your last chance to sample Stratford’s premier dining experience.

Located opposite the Avon River, Rundles is nestled away from Stratford’s busy restaurant row.

Under the supervision of Chef de Cuisine, Neil Baxter, Rundles has earned a reputation for providing a consistently sophisticated dining experience. Rundles dining room is the epitome of understated style and much like the menu itself, this simplicity belies the complex work behind its creation.

This is a refreshing change from other establishments that try to please every palate but don’t impress many.

At first glance Rundle’s menu is notable for the locally sourced ingredients, but it’s Baxter’s approach to modern haute cuisine that truly impresses.

Suzie and I recently had a memorable meal at Rundles, knowing it would be our last.

Regular readers, or listeners to my podcast, know that I haven’t eaten gluten, rice or any sweetener other than honey for over 30 years. After I mentioned my dietary restrictions I was considerately informed that adjustments to the menu would be made, and not to worry.

The night began with a green apple and celery root amuse-bouche, a savory-sweet combination that was an ideal start to the evening.

To begin I had the shaved veal heart pastrami with toasted almonds, fresh peas, and white anchovies. 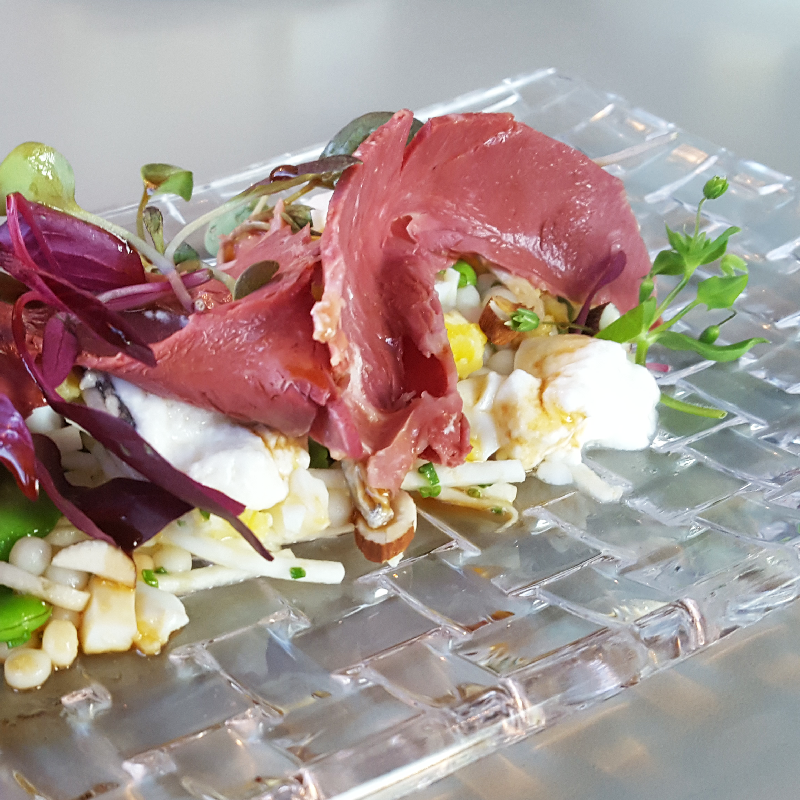 It was crisp and soft all at once, the veal prepared to perfection. The mix of offal with crunchy toasted almonds & sweet fresh peas was a dazzling array, unlike anything I have previously tasted.

For the the main course I chose the grilled, coriander-glazed ribeye of lamb with braised fennel. 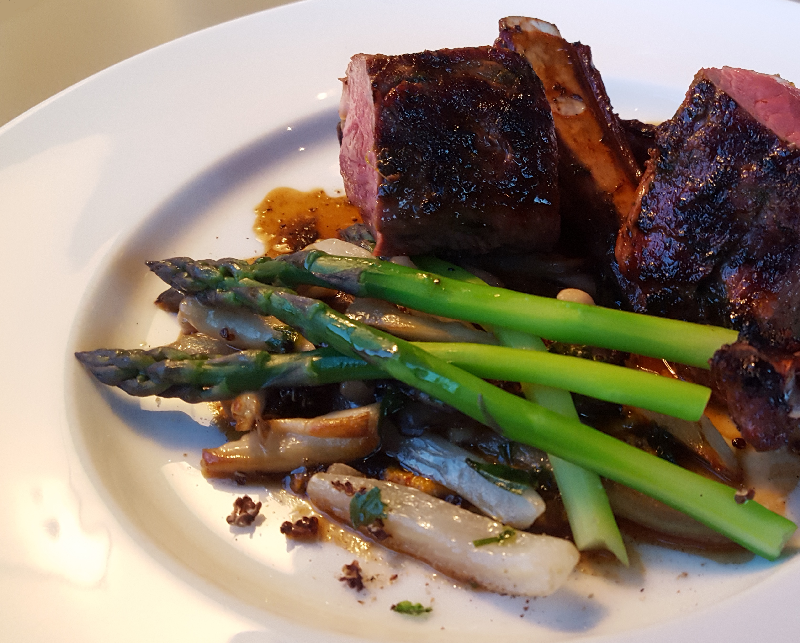 To accommodate my dietary restrictions Chef Baxter replaced the potato gnocchi with delicious Maitake mushrooms and asparagus. Fried basil was added as a garnish and it truly tied the dish together.

The lamb was cut from the ribs, but the ribs were included on the plate. I couldn’t resist sampling the remaining bits of grilled meat on the ribs themselves. If you enjoy grilled lamb do yourself a favour order this dish, you won’t be disappointed, the coriander glaze gently enhanced the supernaturally succulent lamb.

It was the best lamb I’ve ever had – and don’t be shy, sample the meat on the ribs, it was a mouth watering, grilled delight! 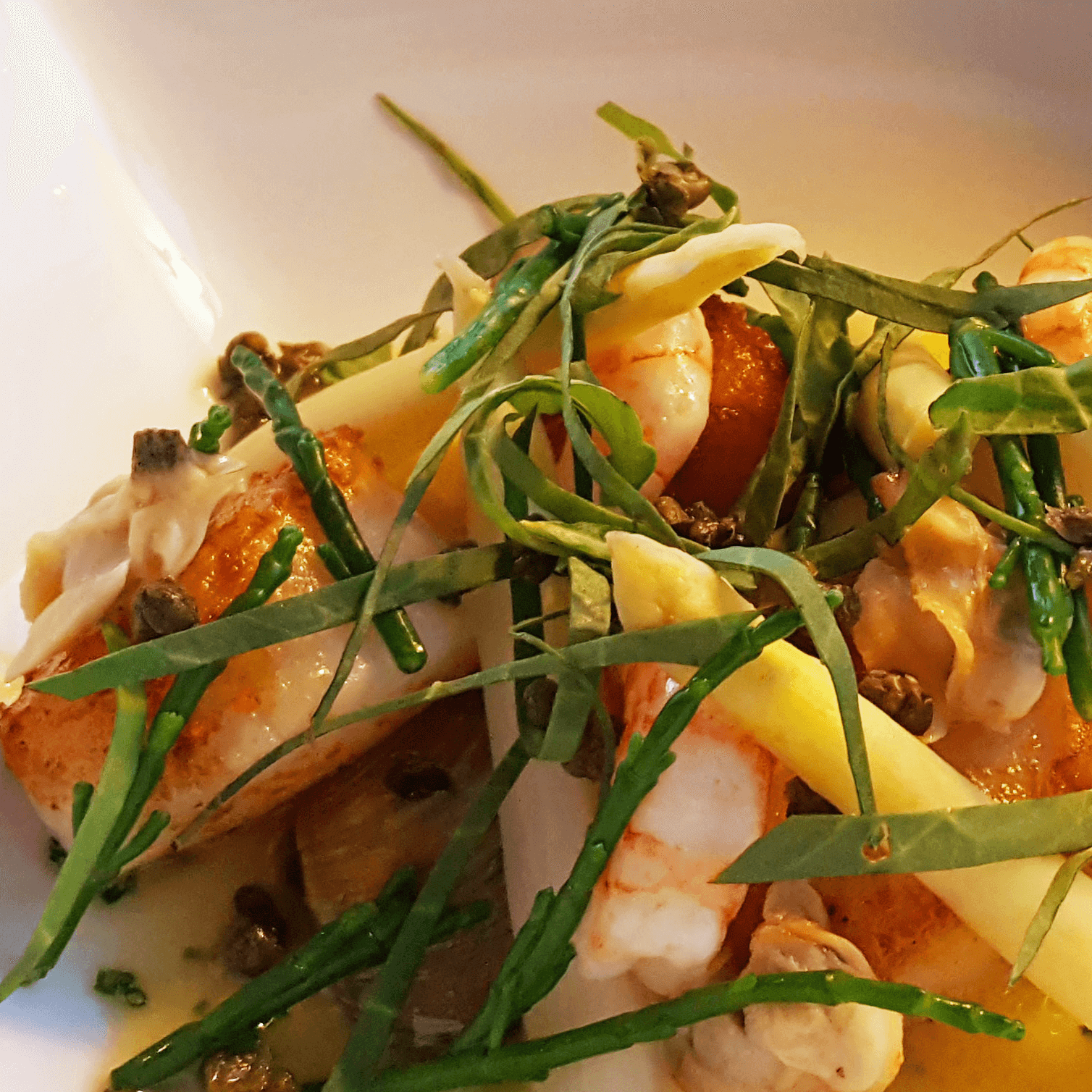 Suzie enjoyed the Scallops a few years ago during our previous visit to Rundles and was impressed with the new recipe. The melt in your mouth scallops and light butter sauce were to die for.

Rundles has one of Stratford’s most enticing wine lists and I was curious about their collection of French wines, from Irish emigrant families who became involved in France’s wine trade in the 18th century.

James Morris, Rundles’ proprietor who emigrated from Ireland, has a unique selection of wines from the Irish owned French chateaux in his cellar.

These French chateaux were founded by Irish immigrants – the Clarkes, Kirwans, Lynchs and Phelans – who went to continental Europe and are now affectionately known as the “Wine Geese.” 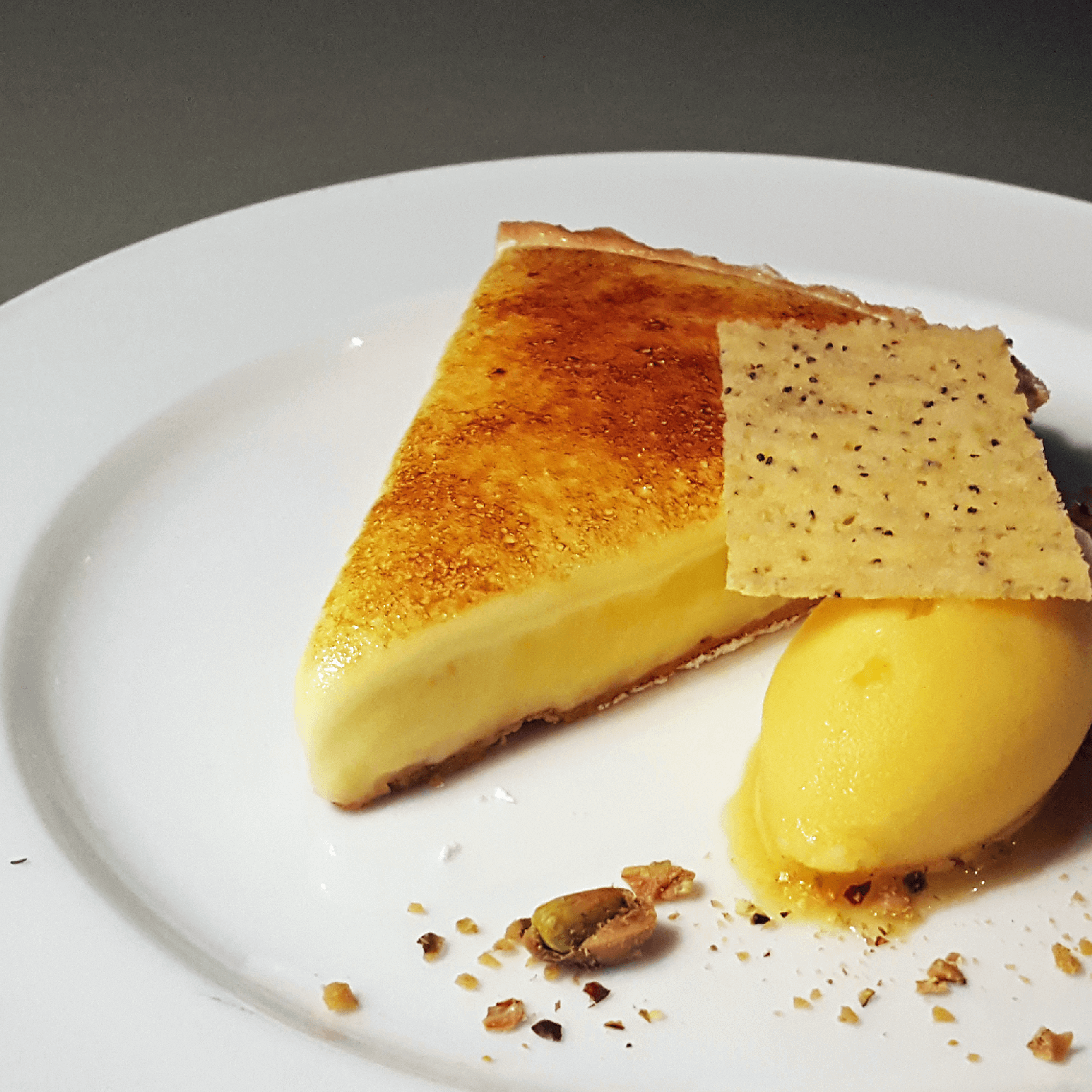 The tangy, sweet sorbet added a pleasant pop to the creamy, and perfectly glazed, tart.

Years ago when the lemon tart was replaced on the menu with another dessert, regular patrons were incensed; it soon took its rightful place back on the menu and has been there ever since, along with several other treats including an almond-blackcurrant crumble, an almond panna cotta with almond sorbet and beetroot paper, and roasted peaches with hazelnut cake among others.

Rundles’ desserts are legendary. Now is a good time for me to let you know that Chef Baxter is the Senior Pastry & Cookery Instructor with the Stratford Chefs School. Enough said. 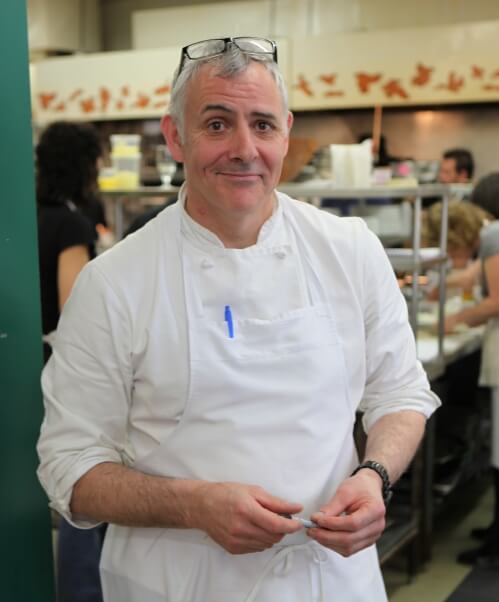 I opted for the selection of goats milk cheeses which included Valençay an unpasteurised goats-milk cheese with a fresh, nutty taste, that paired well with a Mothais sur Feuille, which was soft and delicate. 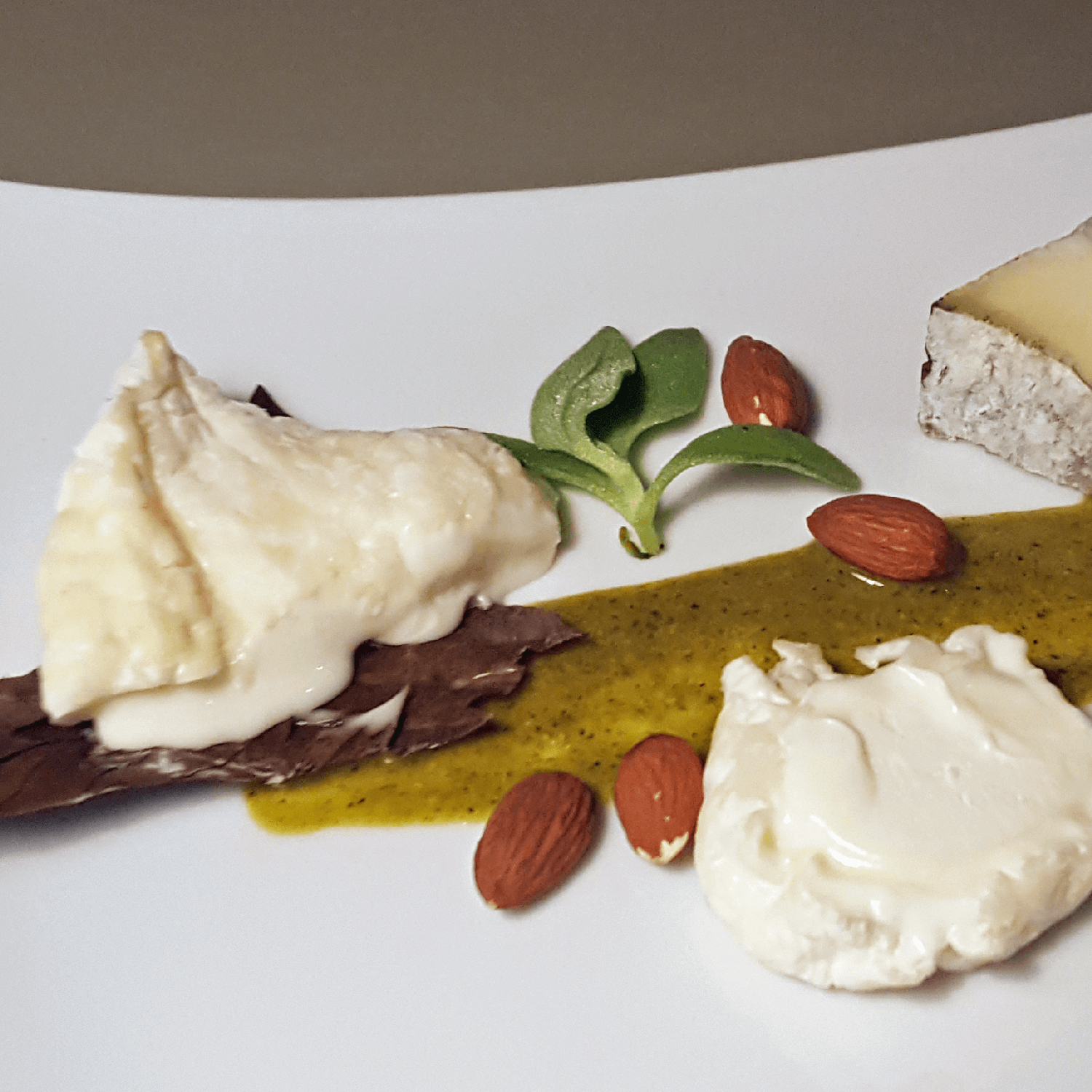 After our meal we lingered for a while, channeling the energy of the legendary room. When it opened so many years ago Rundles was the only place in Stratford to offer a truly world class dining experience, Irish linen and all, to match the world class Shakespeare on the Stratford Festival stages. Now as Rundles approaches the end of its third act, and the curtain begins to close, one can’t help but wonder what will become of Chef Baxter and James Morris who have taken such good care of their visitors.

Photos and story by Keith Tomasek

Don’t miss out – our dinner at Rundles