Michael Rubinoff was in London, Ontario Tuesday to launch a partnership between the Sheridan College Music Theatre Program and The Grand Theatre’s High School Project.

It was one of three new initiatives that will build new audiences for The Grand Theatre and boost the level of professional development for local high school students with an interest in professional theatre.

This was a big day for London, augmenting its place in Canada as a leading producer of top quality theatre and its reputation as a national leader in community based theatre education for young people, established through the continued efforts at The Grand Theatre, the Original Kids Theatre Company and H. B. Beal Secondary School.

The Grand’s High School Theatre Project is unique in North America, as, at no cost to the students, it provides them an opportunity to perform on the same stage as Canada’s top professional actors under the direction of established directors, choreographers and musical directors.

Rubinoff, who conceived the hit musical “Come From Away,” and serves as Associate Dean at Sheridan’s Department of Visual & Performing Art, was in London to announce the Sheridan College partnership saying “We are proud to partner with The Grand Theatre and actively participate in fostering the success of young people passionate about the performing arts.” 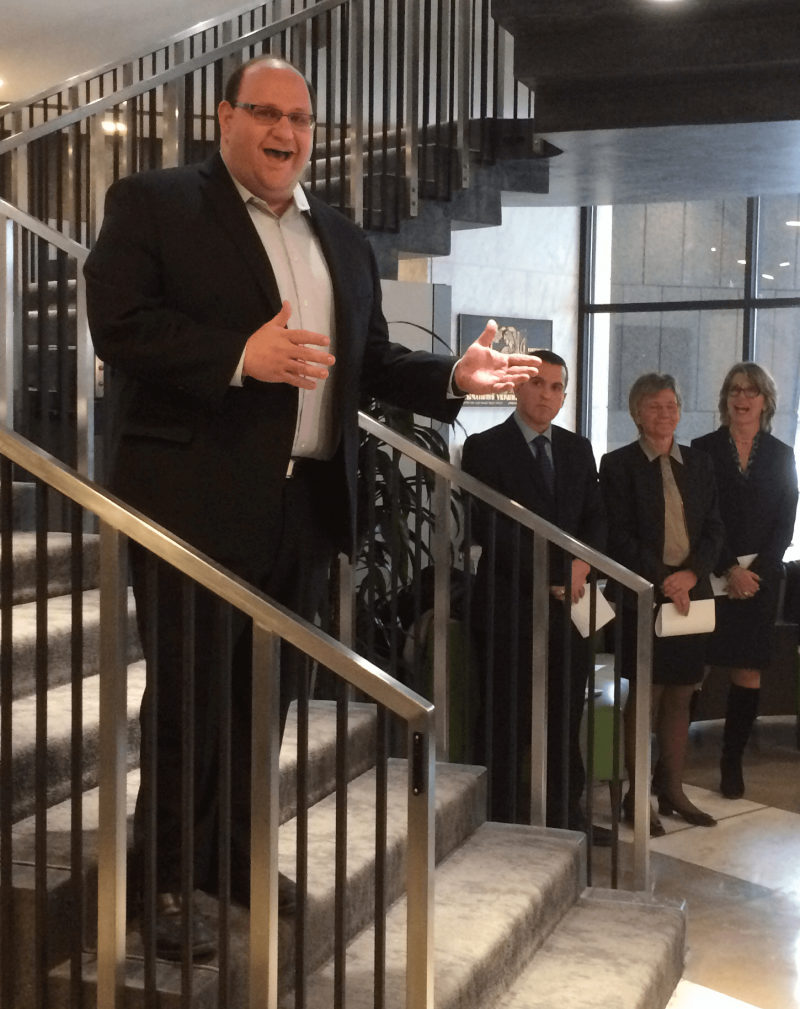 “Sheridan has been the beneficiary of many High School Project participants over the years,” said Rubinoff, adding that many who have been accepted into Sheridan’s performing arts programs have gone on to successful careers in theatre.

The new partnership will provide high school students an opportunity to learn from Sheridan’s professors, mentors, and actors-in-training who will take the High School Project to the new level. The Western Fair District has signed on as the title sponsor.

The renewed High School Project was one of three new initiatives dubbed “London Proud” by Dennis Garnhum, Artistic Director of The Grand Theatre. 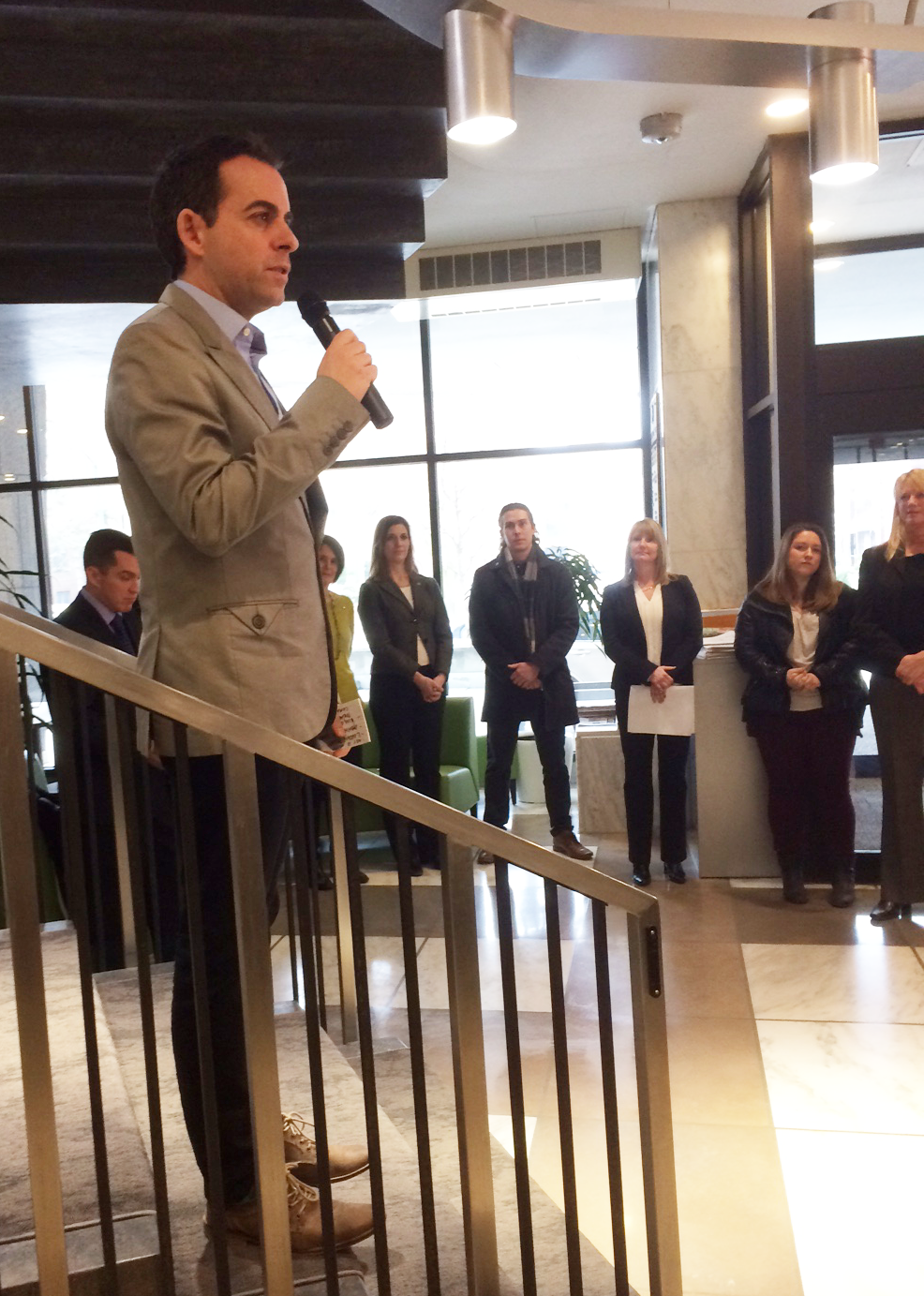 Garnhum said he’s working hard to boost the theatre’s place in the community and plans to “open our doors as wide as they can go to make all Londoners feel that The Grand Theatre is everyone’s theatre – a central community hub of creativity, culture, and imagination for all.”

In an effort to introduce the theatre to new patrons and increase the number of first-time theatre goers, Garnhum has secured TD Bank as the lead corporate partner to offer ten tickets for every performance to people who have never visited The Grand Theatre. This new initiative will offer 1,000 tickets to upcoming shows.

Finally, working with a number of corporate partners including Libro Credit Union, The Grand Theatre will bring professional theatre to the gymnasiums and auditoriums of 100 elementary schools in London and the surrounding regions at no cost to the audiences.

The new touring program brings theatre to young people in the region beginning in 2018 with a tour of “Beethoven Lives Upstairs.”

For more info visit “London Proud” at The Grand Theatre.