For almost as long as L. Frank Baum’s children’s novel “The Wonderful Wizard of Oz” has been in existence, there have been stage adaptations of the story. 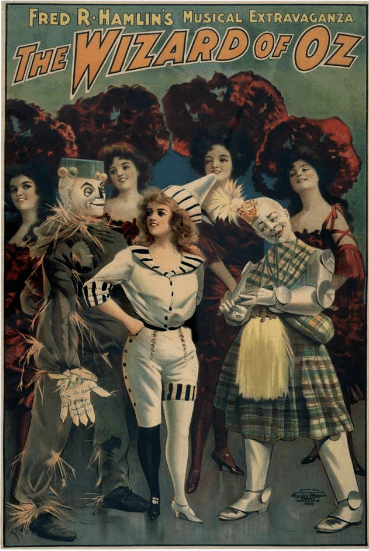 It may surprise some to know that in 1902, just two short years after the novel had come out, the first “The Wizard of Oz” stage adaptation was produced in New York.

The 1902 stage adaptation of “The Wizard of Oz” bears almost no similarities to the classic 1939 MGM movie.

Frank Baum himself wrote the libretto for this stage version. However, Baum did not prove to be as good of a playwright as he was a novelist. The producers enlisted a joke writer to spruce up what was reportedly a drab, boring and overly literary script! 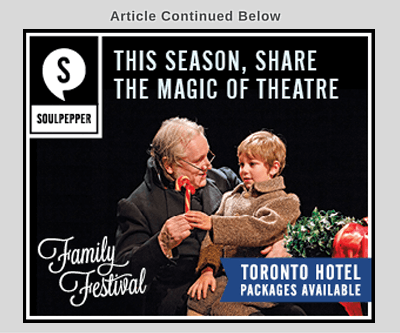 Despite this, the production ran for two years on Broadway at the Majestic Theatre, which by 1900s standards, was a huge success.

Notable differences between this early stage version and the version of “The Wizard of Oz” that we know today include the fact that the Cowardly Lion was a small bit character. As well, the Wicked Witch of the West is never seen on stage, only mentioned by other characters.

In this version, Dorothy’s dog and companion Toto was replaced by a cow named Imogene!

The Tin Man had a name which was Niccolo Chopper. In Baum’s later “Oz” books, the Tin Man would be called Nick Chopper. Both Imogen the cow and Niccolo Chopper should be of some interest to Londoners because they bear a similarity to James Reaney’s puppet play “Apple Butter.”

In Reaney’s play, the orphan named Apple Butter has an animal companion named Moo Cow. One of Apple Butter’s enemies is the farmhand named Victor Nipchopper.

Moving back to Baum, unlike his novel, the plot of the play did not revolve around Dorothy and her friends gaining “a home, a heart, courage and a brain.”

Instead, the focus of the plot of was Dorothy helping reinstate King Pastoria to his rightful throne as King of Oz.

The plot has a striking similarity with another great work of children’s literature, C.S Lewis’ “The Lion, the Witch and the Wardrobe,” in which children from our world travel to the magical kingdom and help restore a monarchy.

I have always thought that “The Lion, the Witch and the Wardrobe” promotes a certain colonial belief that it takes the British (symbolized in Lucy and her siblings) arriving in a foreign land to restore order and good to the civilization. Similarly this 1902 version of “Oz” foreshadows the American practice of invading foreign countries to “bring democracy.” It takes Dorothy, an American, to restore order and civility in the foreign Land of Oz.

A significant contribution from this 1902 version to later versions of The Wizard of Oz is that this was the first time Dorothy and her friends fell asleep in the poppy field. This feature of the story was not in the novel and would be later used in future stage versions and the MGM film.

Prior to making the film, MGM  considered  using the music and script elements from the 1902 version but this was decided against. The music from the 1902 production has been widely forgotten.

There have been two great musicals inspired by “The Wizard of Oz.”

Both are political statements of the time in which they were created.

Both are revisionist versions of the story of “Oz.”

Both musicals were created at a time when there was great distrust of the American presidency.

One of the great lessons in “The Wizard of Oz” is to not blindly trust the powerful. They might not be all they are imagined to be.

The first musical is “The Wiz.” 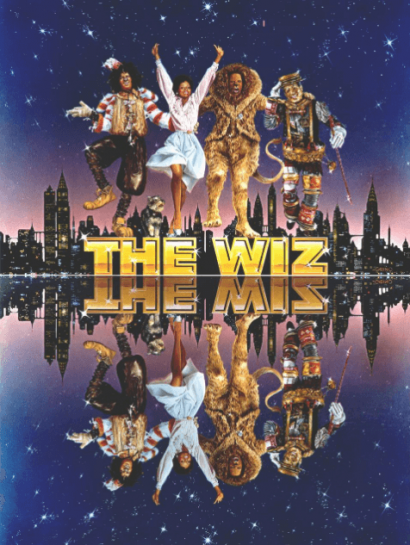 “The Wiz” premiered on Broadway in 1975 at a time when America was feeling a lot of pain, disillusionment and mistrust. The Vietnam War was coming to an end after two decades.

As well, Richard Nixon had been impeached just one year earlier. A comparison can be drawn between the fraud of the Wizard and the fraud of Nixon.

As you listen to anthemic hit song from the show, “Home,” which was made famous by Diana Ross, you can hear how the lyrics eloquently express the desire Americans had to get back to an idealized simpler time in history.

When I think of home

I think of a place where there’s love overflowing

I wish I was home

Wind that makes the tall grass bend into leaning

Suddenly the raindrops that fall have a meaning

Sprinklin’ the scene, makes it all clean

Maybe there’s a chance for me to go back there

Now that I have some direction

It would sure be nice to be back home

Where there’s love and affection

In the song, you can also hear the cries of a generation of young people who lost their youth fighting in Vietnam and returned home with scars both outside and inside.

And just maybe I can convince time to slow up

Giving me enough time in my life to grow up

Time be my friend, let me start again

You can also hear the rage Americans felt at being deceived by their government over both the war and Watergate.

Suddenly my world has changed its face

But I still know where I’m going

I have had my mind spun around in space

And yet I’ve watched it growing

If we should believe in the things that we see

In these lyrics, you can also hear hope and determination. Despite the trauma that the country experienced, people were pushing forward to a brighter future.

I would argue that The “Wiz” is a forbearer of “Hamilton.”

Like Hamilton, The Wiz takes what is traditionally an Anglo-American story and retells it through the music and culture of the minorities of America. In the case of The Wiz, the story was told through an Afro-American voice using the music of Motown. 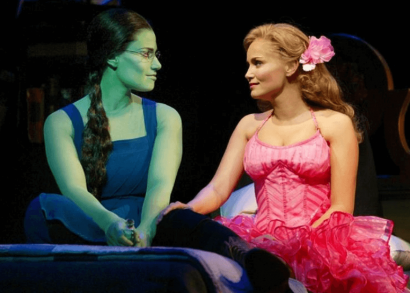 The second Oz-inspired musical is “Wicked” composed by Stephen Schwartz.

It is the story of Elphaba, the Wicked Witch of the West and her friendship with Glinda the Good Witch. There is really nothing wicked about Elphaba, she is a gifted witch, who has been outcast because of her green skin. Elphaba is a political opponent to the Wizard who is silencing the animals of Oz from speaking.

“Wicked” was based on the 1995 novel of the same title by Gregory Maguire. The musical “Wicked” premiered in 2003, the same year as the US invasion of Iraq.

The musical can be seen as a response to the political climate of the time. The Wizard bears many similarities with George W Bush. The Wizard and his press secretary, Madame Morrible, who is a veiled version of Condoleezza Rice or Dick Cheney, create a state fueled by terror of the unknown. In this case, the unknown is Elphaba. Even though she not dangerous, that does not stop The Wizard and Madame Morrible from waging a war against her.

The parallels between this story and Bush’s bogus claims of weapons of mass destruction in Iraq could not be more obvious. 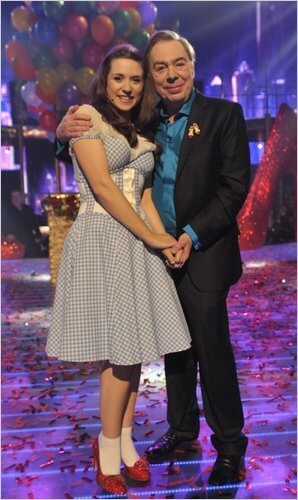 Andrew Lloyd Webber’s 2011 production of “The Wizard of Oz” is the most recent in a long line of major stage productions that closely recreate the 1939 movie.

In 1945 the St. Louis Municipal Opera premiered a stage version of “The Wizard of Oz” and in 1985 the Royal Shakespeare Company premiered an adaption by John Kane. Either of these scripts are the ones you will likely see theatre companies using.

I hope you don’t mind that I include my own stage adaptation of “The Wizard of Oz.” I think you will agree that it is not too impressive of an entry.

In 2009 some of the students at my old grade school of Manor Park asked that I write them a short version of “The Wizard of Oz” to perform for the rest of the school.

Those who are familiar with my work will know the school and neighborhood of Manor Park through my fictionalized version of it appearing in my solo play and stories. However, what has never made it into my one of my stories is this one-time performance of “The Wizard of Oz” that I did with the students.

The script was about twenty-minutes long and I was greatly admonished by the students for taking creative license with the story. “That is not how it happened in the movie” they chided at me at the first read through. “But it is how I see the essence of story,” I told them. They were not buying it. In my youthful artistic foolishness I failed to realize that they wanted a version of “Oz” that was instantly recognizable.

I cannot remember all the details of my little script, but I do remember I took some poetic liberties with the ending (partly to make it shorter). In my version, Dorothy did not click her red slippers together in order to return home to Kansas (heresy in the opinion of the students!).  Instead, Dorothy discovered that home was a state of mind within herself and that she could return there at any time. My version emphasized that this was a journey of self-discovery. It was a little too abstract for my audience and as a result, I was met with harsh reviews.

“The Wizard of Oz” has become a modern myth. It has entered the folklore of our culture. As I tried to explain to the students at Manor Park, a myth invites reinvention with each telling. Baum himself reinvented his story multiple times. And as these samples of the stage incarnations of “The Wizard of Oz” show, the story reinvents itself every time it takes to the boards.

Be sure to visit The Grand Theater for all the details on their production of “The Wizard of Oz.” Bill Layton’s costume and sets are out of this world, and must be seen to be believed. 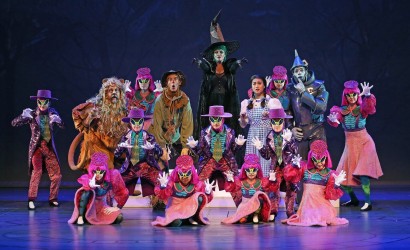 As one would expect from director Rick Miller his production brings the emerald forests and yellow brick road to the stage by fusing old-fashioned storytelling with innovative technology.