Eight of Canada’s most exciting theatre artists have arrived in Stratford for the ninth annual Stratford Festival Playwrights Retreat.

“The inclusion of new Canadian plays is a vital part of our programming,” says Mr. Cimolino. “As we look forward to marking the 150th anniversary of our nation, I’m excited to get to know the work that will define Canadian theatre in the years to come.”

Added Mr. White. “The seeds of many a successful and engaging projects have been developed through the Retreat, and we are looking forward to engaging with these artists as they forge the theatre of tomorrow.”

The Stratford Festival Playwrights Retreat offers writers the opportunity to work on self-defined projects, confer with Festival artists, and immerse themselves in the classics and other repertoire being presented on Stratford’s stages.

The work of several playwrights from past Retreats has been produced by the Festival (click for reviews), including Christina, The Girl King, written by Michel Marc Bouchard and translated by Linda Gaboriau; John Murrell’s Taking Shakespeare; Judith Thompson’s The Thrill; and Daniel MacIvor’s The Best Brothers.

The 2017 season will feature two past Retreat participants: Colleen Murphy and Reneltta Arluk, writer and director of The Breathing Hole, respectively.

Beth Graham
Beth Graham is a playwright and actor from Edmonton.

Her latest play, The Gravitational Pull of Bernice Trimble, premièred at Factory Theatre (with Obsidian Theatre), was a finalist for the Governor General’s Literary Award and received the Gwen Pharis Ringwood Award.

She is currently developing Pretty Goblins with Workshop West Playwrights’ Theatre in Edmonton and co-writing the book for a Catalyst Theatre production premièring at Alberta Theatre Projects in the fall. She is a graduate of the University of Alberta’s BFA acting program.

Jeff Ho
Jeff Ho is a performer and playwright from Hong Kong.

As an emerging playwright, Jeff has been developing his first piece, trace, with the support of b current and Factory Theatre. Currently, Jeff is the Playwright in Residence with Nightswimming Theatre (2016-2017), and working on a modern adaptation of Antigone for Young People’s Theatre. Jeff is a graduate of the National Theatre School of Canada.

Rosa Laborde
Rosa Laborde is an Ottawa-born, Toronto-based Chilean/Canadian playwright and actress. She has been a finalist for the Governor General’s Literary Award and was nominated for a Dora Mavor Moore Award for her writing. She was the recipient of the K.M. Hunter Artist’s Award for theatre.

Rosa is Playwright-in-Residence at both the Tarragon Theatre and Aluna Theatre.

She is a graduate of the Oxford School of Drama and the Canadian Film Centre and divides her time between acting and writing for theatre, television and film.

Ciarán Myers
Ciarán recently returned to Kitchener-Waterloo after living and working in the United Kingdom for two years, where he completed his MFA at the Royal Central School of Speech and Drama.

During this time he was honoured by Oxford’s Almost Random Theatre for his short scene, Egon Schiele, which premièred in Oxford, at the Royal Central School.

Ciarán’s full-length play Touch received five stars at the Edinburgh Fringe Festival. His book InSight was published with StoneGarden Studios in Kitchener. Later this year he will be participating in GreenLight Arts’ inaugural Writer’s Unit just down the road from here in Kitchener, Ontario.

Her company, LACE Productions, premièred the first live performance about the 2014 Yazidi genocide, The Unbelievers, at the 2016 SummerWorks Performance Festival. She is a graduate of NYU’s Tisch School of the Arts MFA in Dramatic Writing, where she received the Chair’s Award in Excellence. She was nominated for the 2014-15 Susan Smith Blackburn Prize for her play Love & Exile.

She is a member of Nightwood Theatre’s 2016-17 Write from the Hip Program. In July 2016, Hannah acted as an ally to Nadia Murad (Nobel Peace Prize nominee) and Murad Ismael (Executive Director of Yazda) during their testimony to the House of Commons.

Andrea Scott
Andrea Scott is a writer/producer who has been in playwright units at Cahoots, Roseneath, Obsidian and, most recently, Factory Theatre.

Past writing credits include Eating Pomegranates Naked (SummerWorks), Frenemies (Mixed Company Theatre), Princesses Don’t Grow on Trees (Solar Stage) and Better Angels: A Parable (SummerWorks), which won Best Production last year. She is a graduate of the Generator Artist Producer Training Program. Don’t Talk to Me Like I’m Your Wife (Cayle Chernin Award winner) will be in SummerWorks this summer.

She graduated from Studio 58’s acting program and the Langara Film Arts program in screenwriting. Quelemia’s acting credits include The Snow Queen/Globe Theatre directed by Rachel Peake and The Edward Curtis Project/GCTC/NAC directed by Marie Clements. Film and TV credits include Fringe, Dead Zone, Da Vinci’s City Hall, and Da Vinci’s Inquest, for which she won a Leo Award.

Her writing credits include a podplay for Neworld Theatre and Raven Spirit Dance called Ashes on the Water, Papiyek/Full Circle Theatre, The Pipeline Project/Itsazoo and Savage Society and O’wet/Lost Lagoon/Alley Theatre. She is currently an Associate with Playwrights Theatre Centre and in residency with Full Circle Theatre.

Meghan Swaby
Meghan Swaby is an actor and playwright born and raised in Toronto.

Venus’ Daughter, her first full-length play, received its world première with Obsidian Theatre at the Theatre Centre in February 2016. As a playwright she has also worked with b current (rock.paper.sistazh festival), Nightwood Theatre (Groundswell Festival) and Buddies in Bad Times (Hysteria festival).

She is currently part of the Pulp collective, which will première The Numbers Game this fall with The Storefront Theatre. Acting credits include Sheila Heti’s (All Our Happy Days Are Stupid), Suburban Beast/Harbourfront World Stage/The Kitchen – NYC and Woody Harrelson’s Toronto production of Bullet for Adolf; Roseneath Theatre (In This World); Meghan is an alumna of the International Actors Fellowship at Shakespeare’s Globe in London, England. She received her BFA in Acting from the University of Windsor. 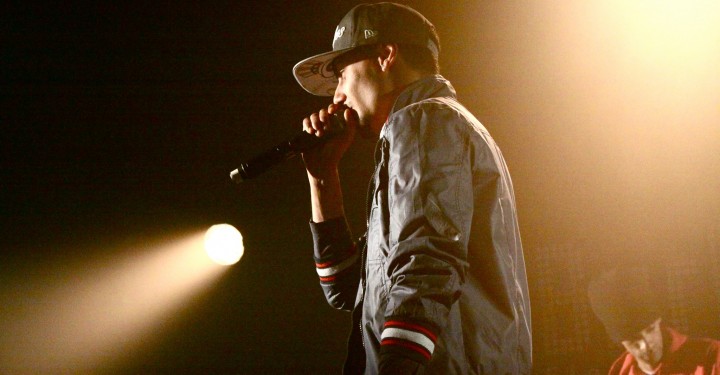