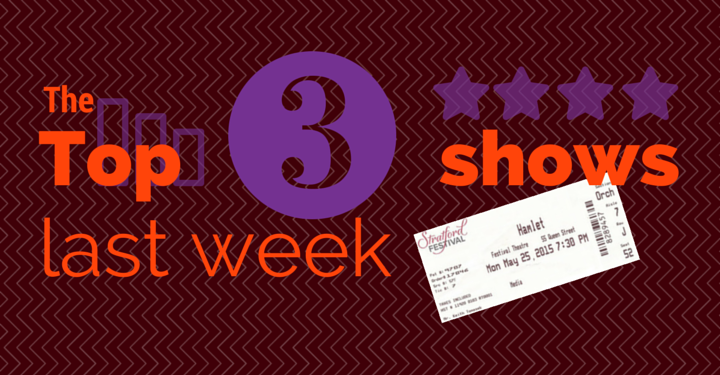 Below are the most popular shows reviews, by page views, on the site for the period Monday, June 1 – Sunday, June 7, 2015.
1 – Carousel
2 – The Adventures of Pericles
3 – The Taming of the Shrew

The critics don’t agree on “Carousel,” if you haven’t already done so check out the reviews by clicking on the link above.

J. Kelly Nestruck at the Globe and Mail and Robert Reid at the Record both wrote negative reviews with Nestruck writing that “The only real, human emotion in the evening is to be found in Gordon’s heartfelt, sweet and simple performance as Julie.” 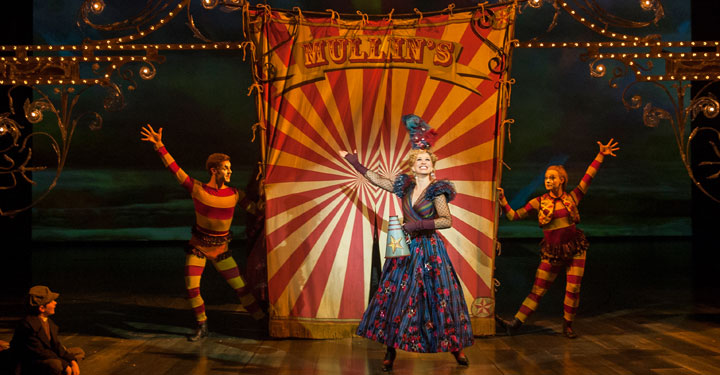 Nestruck’s criticism is centered around the lack of vision from director Susan H. Schulman.

Nestruck writes, “So many directors have made smart, sensitive cases for Rodgers and Hammerstein’s problematic works in recent years – from Bartlett Sher’s shattering staging of “South Pacific” in New York, to Feore’s current stellar production of “The Sound of Music” in Stratford. This Carousel can only be counted as an utter failure.”

Reid hammers the point home. “Try as she might, Schulman doesn’t give us a reason to sit through the musical by shedding new light, offering a new perspective or providing a fresh reading…Attitudes and values in North America have changed since 1945 when “Carousel” debuted. One of the changes is our growing intolerance of domestic abuse…It makes for uncomfortable viewing for contemporary audiences, and Schulman fails to find an interpretative approach that respects the integrity of the musical while being less offensive.”

Most Popular shows last week Monday, May 25 – Sunday, May 31 2015.
Hamlet
The Sound of Music
Carousel

Last year the critics didn’t agree on director Chris Abraham’s “A Midsummer Night’s Dream.” His innovative, gender bending, approach to
the text also divided the critics. Click the link above to see those reviews.

Is Stratford’s Carousel an “utter failure,” as one critic suggests?